The one-year anniversary of the new Hudin.com

Today marks the one-year anniversary since re-launching this website with a subscription system along with a wealth of other features that weren’t possible in its previous, more casual incarnation.

Obviously, we find ourselves in a much different state of affairs than we did a year ago. There’s not really much new to say on this front but recognizing this, I’ve done whatever I can to drive as much new and fresh content on the site. This despite the limitations imposed by the various lockdowns and cancellations of every wine fair and event in the world, in order for all of you to have something to read that wasn’t related to doom and its younger sibling, gloom.

So, taking the last year in hindsight what’s worked out well in terms of the goals set out?

While the site was completely re-designed and overhauled with the new launch, nothing is ever static in the web world and a few small changes brought about more features and more accessibility to it. The mobile front has needed continued tweaks as traffic to this site is split right down the middle at 50% desktop and 50% mobile devices.

Personally, it’s been just awesome to have a proper wine reviewing system. As I stated when launching, it’s very frustrating that when writing for other publications, one simply doesn’t have space for all the wines tasted and reviewed. Now, I do.

Since launching, there are now about 2,500 individual tasting notes in the database from the last year. This should have actually been double that, but the pandemic canceled literally all my regional travel plans this spring except going to Loire. I’m not sure if it will go up significantly over the next year, but despite all the obstacles, it’s still a decent amount of wines reviewed which now have a proper home.

The Tasting Reports are something I probably use as much as subscribers given that there’s no way to remember the couple of thousand wines I taste each year. Having these with me on my phone at the ready is great to look things up. It’s also great for when someone asks me about some top recommendations for a region and I can send them the report with everything tabulated and sorted.

In the year since the launch, there have been 13 new Tasting Reports. I’m very happy with these but again, there were plans for more that got scuttled due to you know what. Thankfully some wine bodies have been exceedingly helpful in coordinating samples when we were at the height of complete lockdown in Spain. I would assume that over the next year there will be the ability for even more reports given that we have something of a “cautious mobility” here in Spain which hopefully won’t change. At the moment, there are a minimum of four new reports planned for the fall.

Tied into the report, there have been longer articles that “deep dive” into specific topics or regions. My Regional Report on DOQ Priorat was over 2,700 words. The article comparing the WSET and CMS programs was over 4,300 words. These are simply out of bounds when talking about print (and even many digital) publications and having the ability to chase down and flesh out topics like these has been a blast as a writer. And I hope it has been enjoyable for readers as well!

So, where do you go from here?

I honestly don’t know. I mean, does anyone? My current “plan” is to keep doing what I’ve been doing and providing regular, current content for subscribers as well as a few public articles every month that are free for anyone to read (such as the book reviews).

The idea is to do more in-depth articles and more reports as time and travel allows. The fact that I’ve been able to do as much as I have with the difficulties of this year makes me have hope that I can continue to do at least the same and hopefully more going forward.

For places and people that are simply impossible to reach, I’ve been paying a handful of contributors. The pay is kind of symbolic, but I wanted to acknowledge that writing takes work and any work needs compensation (which is sadly not on the table for several well-known sites) which comes from reinvesting you the readers’ subscription fees back into running the site. If you want to contribute a piece please reach out as I’m always looking for passionate writers and new voices. Just note that you better be ready to boogie on the writing front as I don’t harangue people to get articles!

Okay, so from Day 1 that all this was launched, people sent me private messages that were either “Good luck!” in a “You’re freakin’ nuts” way or then, “I’m very interested to see how this works out” which is also to say, “You’re freakin’ nuts” but just in case it worked out, maybe I was on to something and they were keeping an open mind. 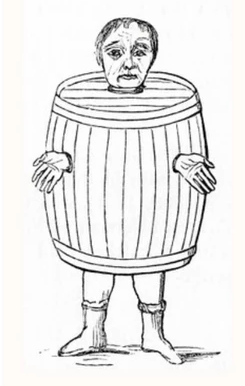 I’ll be fully up front with everyone: launching a new website or a newsletter or anything along these lines most likely isn’t going to give you a salary, at least not in any short-term manner–and “short term” can mean “many months” or even “years”.

What I’ve found so far is a core base of passionate subscribers who get the regular website updates, usually by signing up to the newsletter. The number of subscribers has in fact been far more than what I’d initially thought I’d see so that’s been really encouraging as it seems more and more people are willing to pay for regular quality content, especially when it’s created fully independently and free of advertising.

If there’s someone out there who thinks that they can toss everything at a site like this and bet the farm, I have to say that I hope the best for them, but it’s a risky proposition. What this website now allows me to do is: have a space to write the articles that need coverage, taste the wines that need exposure, and at the same time, give space to other like-minded folks who want to do the same, and pay them at least something for their efforts.

The fact is, keeping up with 12-15 published items a month at 1,000 words a piece (and often much more) is at times daunting. It does however give a good framework to work with and, during this era when time seems to have no meaning, it gives structure to my days. It also works well to dovetail into my books, tastings/tours, talks and other published works to create a biosphere around what I’m doing. That tied in with the fact I have a background in web development which means I can take care of small changes to the site means that this has worked well for me in overall terms. Your kilometerage could vary greatly so don’t say I didn’t warn you.

Otherwise, I look forward to continuing on with the loyal subscribers who have been here to date and if you’re new and want in on the good stuff, subscribe today!

4 responses to “The one-year anniversary of the new Hudin.com”

Observations from the annual GuildSomm survey

The three-year anniversary of Hudin.com
X