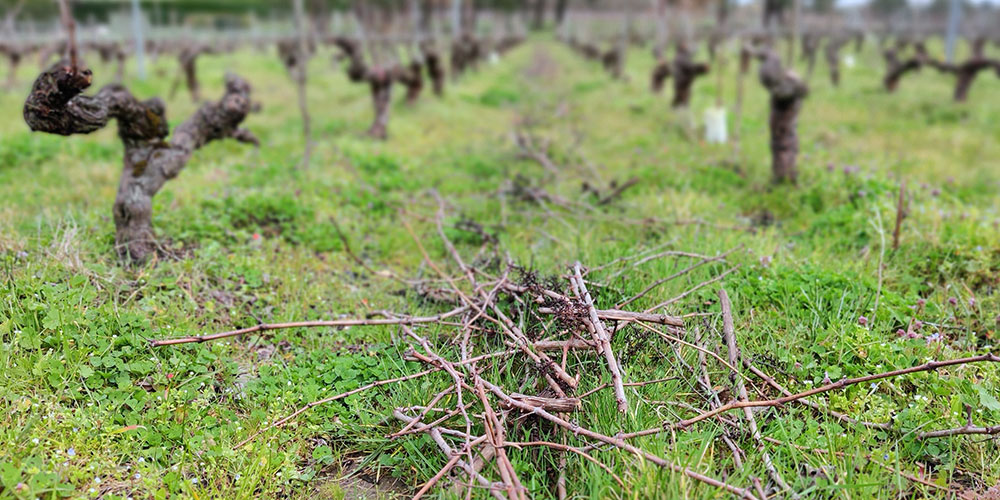 Blois-Chambord. For anyone who had a very cool, worldly aunt growing up, this sounds like the name of a cheese she would bring back from France and eat paired with a wine that would sound equally exotic and foreign to an impressionable child.

In actuality, Blois-Chambord is a mid-sized, 19th century regional train station. That’s perhaps a bit of a let down given the mouth-watering build up. But, it does however have the enormous plus of being in the very scenic Loire Valley sitting about an hour southwest of the historic town of Orléans, better known to Americans as, ‘Original Orleans’.

The Blois part of the station’s name is reference to the town where it resides and is itself quite historic, existing a good 13 centuries prior to the train station coming into existence. That is itself interesting and worth a visit, but it’s the Chambord part that’s perhaps even more interesting. This is a massive 16th century, French Renaissance castle that’s the largest in the entire Loire Valley–if you ever happen to visit it, you will not doubt this fact for even an instant.

My reason for having set foot at the Blois-Chambord train station was that it was time for a new edition of the Concours Mondial de Sauvignon, a judging of all wines made from Sauvignon Blanc, from pretty much anywhere in the world. This was my second time doing it after getting to experience the pleasures of Udine, Italy last year, a wholly different part of Europe for growing the grape.

I’d opted to take the train up as going by plane wasn’t much faster, requiring a lengthy car ride from Paris and I’m trying, whenever possible not to fly these days due to the grievous environmental impact it causes. Trains are obviously not emissions free, but they’re the least worst option to get anywhere, when they’re an option.

As it was just the start of the COVID-19 outbreak in France and Spain, the train was packed and reeking of hand sanitizer the entire way up. After the long TGV and transferring in Paris to a regional train, I unfortunately arrived to the hotel after sunset and sadly saw little on the way there. Being nearly the last person to arrive, after a few introductions at an open bottle tasting for the judges, I went to bed.

The next morning I got up and had breakfast with a grand view of the Loire River, just as the sun was just breaking through storm clouds to light up the stonework of the mighty bridges that span it. Good lord it was big. I’d somehow etched into my brain that while a decent-sized river, it wasn’t some grand waterway. But there it was, as wide as a slow-moving lake drifting past my plate of toast, functional coffee, and French cheeses, none of which were labelled “Blois” nor “Chambord”, sadly.

Fives judges walk into a room…

For the next two days, it was standard fare in terms of how wine competitions go. I was part of a five-person panel and we covered about 70 wines in total. The format was according to OIV standards so blind on all fronts except knowing that it’s Sauvignon Blanc, the year, and if it’d been barrel aged. It’s a format that many wine judges don’t care for, but at the same time, it’s intended to get you to break free of your prejudices, both good and bad when coming at wines from various regions. One can argue that it works and one can argue that it doesn’t work. Ultimately, it’s immaterial as you’re there to do a job (and do it well) with the tools given.

After two brisk mornings, the 75 judges in attendance made it through all 1,110 wines from 24 countries. Medals were awarded with a dominance by the Loire Valley, which shouldn’t come as a shock as that was the source of the majority of the wines. If curious to the final results, you can see them, here.

It needs to be noted that judges aren’t paid at these events which begs the question as to, “Why we do it?” There’s the intellectual pursuit angle to it as well as general curiosity and to some degree networking. While I enjoy the first a bit, the second the more, and the third the least, it also offers the chance to see different wine regions of the world where the winemakers put their best foot forward with the idea of wowing those in attendance to share the experience with others.

And wow they did with a visit to the aforementioned Chambord Castle playing host to the evening’s dinner as well as a fireworks show out front with an appetizer of Coldplay as part of the soundtrack as I assume that’s how these things are done. All very impressive and there were other venues with equally impressive meals and visits up and down the valley, but it was a rather quiet afternoon near the town of Tours that impressed me the most.

A new taste of Sauvignon Blanc

AOC Touraine-Chenonceaux. I didn’t know it before this trip and even Masters of Wine I know had never heard of it. That’s interesting as it’s not really all that small, producing some 680,000 bottles a year. I have to assume that most of the wines stay in France which is a shame given that it’s one of the more exciting takes on Sauvignon Blanc I’ve found.

While a wine that’s most definitely Loire-ish with thriving acidity and light grassy and herbal notes, what makes it distinct is this very engaging grip on the palate mixed with white orchard fruit notes. I suppose those looking for the “Cougar Juice” you find in low-end Marlborough might not find this exactly up their alley, but I loved it. There’s this backbone and definition to it that’s maybe due to the limestone and tuffeau soils, although these are rather common throughout Loire. More likely it’s due to limited production yields to 60hl/ha which puts it on par with Burgundy. Or maybe it’s something else… that essence of terroir that we love to bandy about as it gives a label to the inexplicable.

Whatever the case may be, a number of bottles found their way back home with me as well as some of the reds from the region that, while not as driven as the whites and based on a majority of Malbec (called Côt locally) with a smaller part of Cabernet Franc offer up an herbal, red-fruited splash of freshness during the summer. This is something I’ll be particularly keen on this summer given that it will surely be bottles from past travels upon which my “journeys” will be based. I have to admit that isn’t the most unappealing of proposals when all things are considered during these times.

At the Concours, once you hand in all the final scores, they let you know which wines you tasted. Following are a select group of those that really stood out for me with an extra special nod to what they’re doing in Steiermark (Styria), Austria which, across the board, was one of the strongest flights of wines.