August is usually a pretty slow month of spending a few days at the beach, dinners of cold dishes, and trying to get in dog walks before walking in the sun scorches you to a crisp.

As is typical with the theme of this year, August was atypical. I’ve found myself writing and talking more than any other month for some reason which is great as it not only keeps me from spending my days in a rosé-induced haze, but also because it has been a welcome distraction from the frequent thoughts of impending doom over the past few months on so, sooooo many fronts. Now, the fruits of these labors are popping up online so you too can fig into some deep dive wine topics to distract you. Enjoy!

The first item is an article I wrote for Guildsomm called, “Three Misunderstood Topics in Spanish Wine” and is free to read, even for those who aren’t members of this excellent portal (even though it’s a must for those studying wine). This is an extensive look at a number of aspects to Spain which have gotten exceedingly more complex in recent years and are often misunderstood.

Here I dig into the massive changes in the world of sparkling wine, what on earth all these vineyard classifications mean in different denominations of origin across Spain, and lastly, a different side to “cool climate” viticulture that’s very much Iberian, although… some of it is actually African. I will warn you in advance that these are complex, advanced topics, but I hope that it’s been written in such a fashion that it can be readily understood by even the most casual of Spanish-wine drinkers to better grasp what on earth all these new things on the labels mean.

I had to summarize things a bit to keep the finished article to under 3,500 words (again, it’s big) but for people who are members of this site, I’d recommend also reading my more specific articles on sparkling wine in Spain that have been the result of my following this for nigh on half a decade:

For those looking to learn more about the classification pyramids there’s also:

If you’re sitting around thinking, “Well crap, I’ve pretty much exhausted the Netflix and HBO accounts, what to do now?” Might I suggest a brisk 2.5 hour session of watching myself and Master Sommelier, Chris Tanghe discussing Eastern Spain? Again, it’s free to watch on Guildsomm and recommended for those who want to delve in more detail into various regions including those in Aragón, València, Balearic Islands, and naturally, a lengthy focus on Catalunya.

Please enlarge to full screen or go to Spain: Part 3

If you would like to just zip around to what interests you most, here’s a handy index of the video: 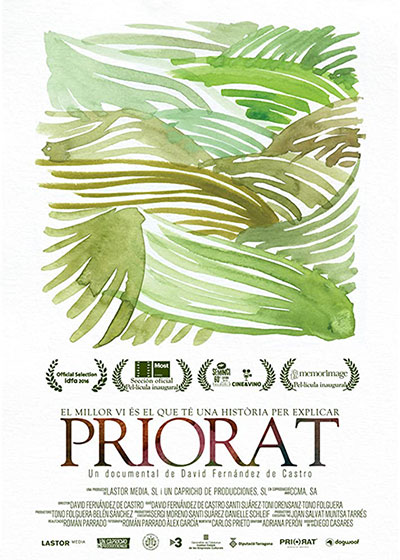 A view of Priorat

Awhile back I participated in the filming of a movie about Priorat. It was beautifully shot and professionally made. While some of the details were perhaps presented in a way that veered from what those of us in the region consider representational of the current state of the wines, it’s still a fine watch.

The reason I bring this up is that the Catalan broadcaster, TV3 has run the movie again with Catalan subtitles. You can also watch it here in Spanish (for free). As for an English subtitle version, there was one which has now vanished unfortunately… But, some parts are in English and if you’ve some level of high school Spanish, hopefully you can follow along for the hour runtime?

At any rate, happy viewing to everyone and if you have any comments or questions, please drop them off below!