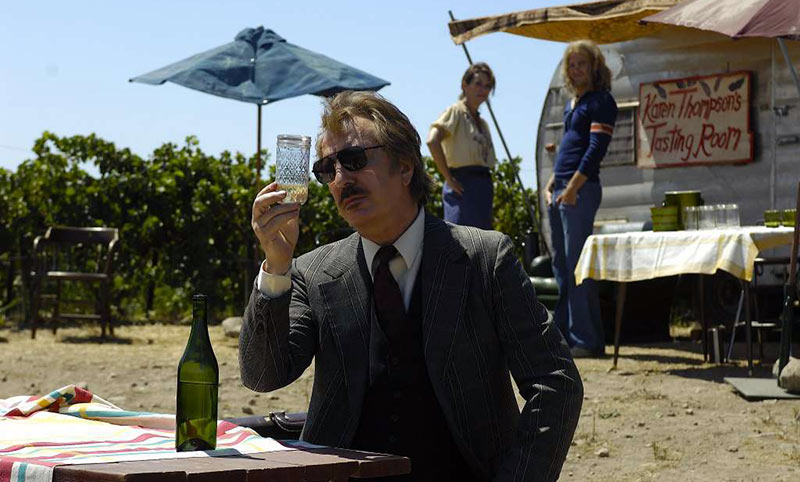 For anyone who follows wine news (and let’s be honest, that’s not a terribly large chunk of humanity) you’ll have seen countless articles about the 40th anniversary of the Judgment of Paris, the seminal wine tasting event that… bladda bladda, yadda yadda. Everyone should know the story by now and if not, click on that Wikipedia link and prepare to have your life enriched.

Despite living in San Francisco at the time, I can’t remember if there was such a big to-do about the 30th anniversary or not. Probably there was but I wasn’t as involved in wine at the time. I would also guess that there’s being more said about this anniversary as a number of the people who were at the first one are getting on in years and who knows how many will be around for the 50th. It’s like when everyone you’ve ever known or sired makes an incredible effort to come to your 90th birthday because, 100? Well, you know, really? 100?

I wasn’t even going to really mention it as having been born a year after this “sip heard ’round the world”, it’s been a part of my entire life. This is probably the case for any wine drinker under the age of 50 in that you just know that yes, California makes good wine and Napa Valley wines are well-regarded. Who would ever have thought to the contrary?

Despite the mythic quality the tasting has, it was really something that Steven Spurrier did out of his own financial interests and while it backfired a little for him initially, it’s proven to be a solid long game. Of course it reminds me of this quote and from Star Trek (it’s amazing how much you can quote it in wine):

Dr. Zefram Cochrane: You wanna know what my vision is? Dollar signs, money! I didn’t build this ship to usher in a new era for humanity. You think I wanna see the stars? I don’t even like to fly! I take trains! I built this ship so I could retire to some tropical island… filled with [smirks]

And it was on that note that I felt like writing something about it because this article by Jancis Robinson brought up a few facts that I hadn’t known. Such as that the tasting wasn’t originally meant to be blind until Spurrier realized that prejudice could quite easily get in the way–no shit. Or then there’s the fact that some of the Californian winemakers were uncooperative initially. I know this one personally as there are always cellars I have to drag by their teeth to be included in one of the wine books who are then quite happy to be there or on the flipside, unhappy that they weren’t because no amount of teeth wrenching convinced them to be included. So this doesn’t surprise and the financial benefit to all those cellars from California who did participate has been immeasurable.

Also to wine at large, I feel that this was the moment that not only opened up the wine market to the potential of California but countless “New World” regions around the world. You can see that so many of them can mark their uptake in the early 1980s as wine drinkers as a whole started looking beyond the classics produced in Europe. At the same time, due to New World wines incorporating new practices and technology, it had the reverse effect of pulling a lot of Old World regions to new levels as well due to their modernizing their practices [ahem Spain, Portugal, Croatia, Hungary, etc.]

Was this one event monumental? It many ways yes, but it was less about this one specific event and more to do with the fact that were it not for this tasting, another one would have happened elsewhere as we started moving towards a more globalized and integrated world in this moment. It’s something that, despite their love of wine from everywhere in the world, 52% of the UK seemed to have forgotten this past June 23rd…

A Judgment of Paris-y kind of tasting

Bordeaux takes off the blinders