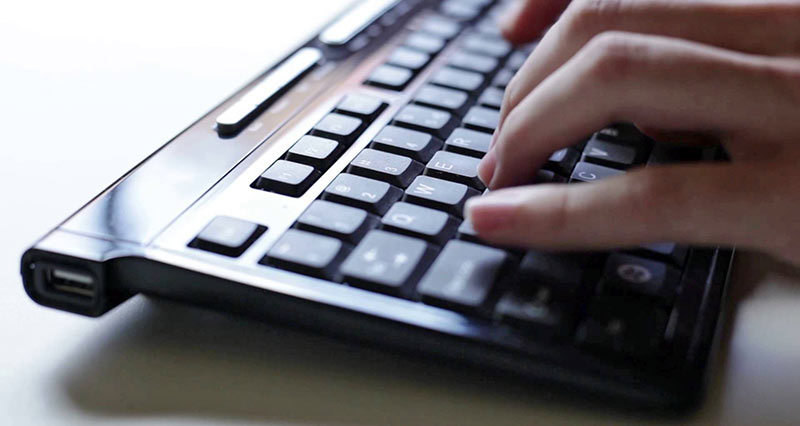 To a great extent, I’ve become numb to shocking headlines over the last year and half. But despite the constantly being on the brink of nuclear war and shithole talk, when I read “Huffington Post shuts down contributor network” earlier in January, it raised my jaded eyebrows a touch. This network brought them oodles of free content which they then happily exploited to the tune of a $315 million sale to AOL in 2011. It needs to be noted that none of that reached a single blogging contributor on within the network.

Blogging was initially something done for fun for those of us who enjoyed writing until you had a group like HuffPost or others come along and say in a very American fashion, “Well, you’re just doing it for free, so why not do it for free and get exposure in the process?” This marked the beginning of the end for blogging in general. Tossed into this was the fact that marketing people starting getting involved and it made for a truly crowded casserole.

For those promoting and selling wines, the traditional wine media was long seen as impenetrable, fickle, and impossible to break through. The main issue is that wine people–those who truly understood wine–had their own opinions. This was and to some extent continues to be the reason why wine drinkers listened to them. These knowledgeable individuals were seen as being independent and able to discern from the thousands of wines tasted each year which were the best in their minds and then communicate that. There was no jumping the line. They tasted when they tasted and they called it as they saw fit.

In the wine blogger, those in wine communication, governing boards of wine regions, and of course, wineries themselves saw what they believe to be, countless malleable chumps, ready to write up heaps of praise in exchange for a free trip or a tasty meal. The general idea was that the wine bloggers would never write anything negative or critical as they’d stop getting free trips, so everything came out sunshine. Much like anything, this wasn’t true of everyone, but there were definitely serious and repeat offenders in this regard.

This piece by Jen A. Miller talks about the effects of HuffPost and blogging in general on the state of freelance journalists. It’s a good read and lays bare what those of us who work in creative industries have seen happen in that everything, absolutely everything from writing, to photography, to design has been seen as simply a hobby endeavor that anyone can do thanks to the internet. Why pay for it when there’s someone who needs exposure?

Wine journalism overall has suffered from this and as Richard Hemming MW pointed out recently, the fact that no one in the UK lost their wine column is now how we say it was a “good” year. Maybe things have stabilized and the need for authoritative or trusted sources has come back. Wine blogging does appear to have been bested by proper wine journalism as the wine blogs have died off at a massive rate. Matt Walls wrote up a bit about this how there has been a wealth of changes in the preceding five years. Some, like Matt himself, have gotten more established in the traditional wine media. Others have gone the way of the dodo. I feel that the “fake news” phenomenon has to a large degree turned people back to media sources who can back their shit up and if anything, we may yet see wine journalism slowly climb out of the dark cave it’s been “aging” in. I have to believe in that anyways and believe hard.

We can only wait and hope this is good news on the professional side, but where does it leave wine blogging? Oddly enough, when the grand surge in wine blogging happened in the mid-aughts, it really put the screws to the professionals and thus, many started up their own websites and/or blogs albeit many begrudgingly. You only need search through a list of websites for those in the wine trade to see that their blogs haven’t been updated for years.

There were many who did take to the online format but I’d hardly call Jancis Robinson MW or Tim Atkin MW’s websites “blogs” in the general meaning of the word. And this is why there was a great deal of contempt tossed towards bloggers as it usually came to mean someone without a clue, who took free trips, and wrote with little scruples that traditional journalists are ethically if not also legally bound by. Wine blogs that existed solely for freebies have dried up given that there’s no way you can pay the rent with a free trip to a French wine region once a month. There are however those who like me, have seen scant if any freebies and yet have persisted so the big question is, why?

There was the culmination of an English Literature degree from UC Berkeley but I’ve been writing my entire life just because it’s what I do. Some people do gardening and I want their tomatoes but I write and blogging I found to be something I enjoyed as it pushed me to explore and get out of my warm, soft, wine-filled safety zone more often. When out and about, with a previous neighborhood site I wrote in San Francisco, thinking about what there was around me instead of just filling in boxes to meet some set assignment is something that I feel has made me a much better writer overall.

There is admittedly a strong divide between what I will write in a blog post versus in a print article. The difference in format has little to do with being paid or not and more to do with the fact space is without limitations in a blog whereas in print, it is not. Also, print is a slow, slow beast. An Australian publication I once wrote for took six months to publish the article–and never paid me for it. Decanter and others are around 2-3 months.

This immediacy to blogging and in general, any kind of digital media can inherently lend to lesser articles if one is not careful. Many of the things I write about here are quick bits about a wine I’ve been drinking. Or it’s some opinion piece such as this. There’s also the case that it’s part of some larger that I’m working on, although those are usually written up on the non-wine blog as wine pieces for print rarely exceed 2,000 words these days.

I’m not inside other people’s minds so I don’t know what their process is. Short articles of 500 words I can shoot out generally quickly. Anything longer requires lengthy thought that’s often given while out walking the dog. It carries over several days with various topics buzzing around inside my melon. That blank stare isn’t the disdain for exercise, sunshine and (most) humanity at large, but a mind in the middle of thought-y things.

I mention this as it’s where blogging falls into place for me. It’s a medium in motion and this is what I love about it. As a digital sketchpad to some extent, some pieces I’m quite happy with here and others maybe could have been better but there needs to be a general quality level maintained and it needs to always track upwards. The fact that people actually read this site with regularity is great as well given that it allows interaction. I certainly don’t do it for the money nor for exposure (a silly concept in the modern web where no one not born a Kardashian is noticed) nor to bulk up content on the backs of others although if anyone wants to write a piece on something they fancy, do get in touch.

This all sets the stage for the background and state of wine blogging, but where will it go from here? Honestly, I don’t truly know and can only warrant guesses based upon doing it for 15 years (yikes emoji.) It seems that with just being able to log in to a site like WordPress or Squarespace and set up a blog for free or next to it, the entry point has never been lower yet ironically, so have the number of wine blogs.

I know many people have moved what they’re doing to social media. In some ways, I’ve welcomed this as while I’ve made very clear my thoughts on wine and social media, there is a place for it in terms of an instantaneous bolt of this or that which more textual-based formats like blogs have trouble replicating–a blog article has never been an Instagram photo, nor should it. In essence it has stripped bare blogging in a way to get back to the basics which are to say, writing.

There has also been a commercial aspect put on top of it where many print publications, wineries, distributors, or other groups now have a “blog section” which is often disguised with a different name such as “Digest”, “Newsletter”, etc. These are still wine blogs but they’re commercial ones. Make no mistake, given that WordPress powers nearly 30% of the websites in existence, blogging has been absorbed into the mainstream and I don’t think any of us really know how that has played out as it’s a very different beast. I’ve noted that I think a lot of these commercial side project, “wine blogs” will face a reckoning this year.

While the independent blogging sphere has most assuredly shrank, this pruning has been crucial, much as how it has been in wine for the future harvest to flourish. Will there continue to be loads of wine blogs? Nope. Will marketing and PR people slather over wine blogs in the future? Highly doubtful. But will there a group of people who, from time to time write a piece about this or that which maybe a print publication doesn’t have the desire and/or foresight to run? Most definitely and it’s in the niche that wine blogging will evolve and hopefully continue to exist in its own special way. Even if the blogging doesn’t continue for some reason or another, we’ll still have the wine part of it and that’s a pretty decent consolation.

3 responses to “The wine blog. Where from here?”