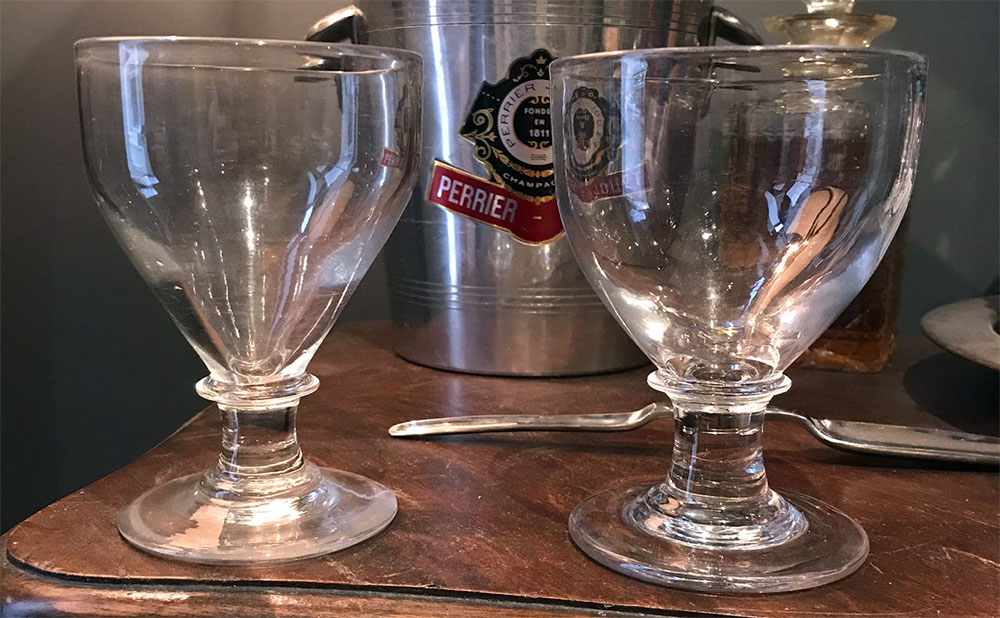 I have a guilty secret that I’ve been hiding from the wine world. No, it’s not a sneaking admiration for white Zinfandel, it’s far more embarrassing than that.

The truth is that I prefer drinking wine out of cheap glasses. No, I’m not going to defend the Paris goblet, a particularly bad design because not only can you not get your nose in, or at least I can’t, but you also cannot drink out of it quickly; nor am I going to say that the quality of the glass has no bearing on wine appreciation.

I’ll even concede that there might be need for more than one type of wine glass, though I’m not sure one needs a special glass for, say, Sangiovese and Barbera. I just don’t enjoy drinking, as opposed to tasting, wine out of the sort of wafer-thin tall wine glasses that get most wine pros all hot and bothered.

In the past, after ordering wine in a restaurant (such exotic words now), I would give an inward groan when the perfectly serviceable glasses were cleared away and out came the goldfish bowls. For me, it’s the bibulous equivalent of the waiter interrupting you to explain the chef’s concept. It’s a sign that fun is over, and it’s time for the polishing, fussing and the sheer bloody ceremony when I just want to taste the damn thing. I remember eating a few years back in a posh hotel in Scotland with a load of whisky writers who couldn’t believe the sheer poncing about that needed to occur before they could have some wine.

Once your wine is finally poured, you now have a load of delicate glass filled with liquid, perched precariously on a thin stem above the pristine white table cloth. It’s like a test for the uninitiated. Rory Sutherland wrote in the Spectator recently on “the ludicrousness of stemmed wine glasses”:

“Let’s give it a high centre of gravity for maximum instability, with a base so small and a stem so long that one misjudged gesticulation will catapult the contents into the lap of someone three feet away”

It seems like an extremely bad idea to create something so fragile for consuming what is, though you’d never guess it from reading Decanter, an intoxicant. I’m clumsy sober, so after a couple of glasses, an evening at a restaurant can very quickly turn into a game of Buckeroo. But at least I won’t have to wash the damn things if I’m eating out.

At home, I have three Riedel Bordeaux glasses. I was given a set a few years back, quickly broke one, and since then rarely use them. I’m not one for conspiracy theories but manufacturers of glasses have a vested interest in making them easy to break. Remember, when you are eating out at a posh restaurant, you are paying for all those breakages.

Just the sound of ultra-thin glass clinking together sets my teeth on edge. What I really like to use are the chunky glass goblets inherited from my aunt (pictured above). These are excellent for drinking rosés, whites, and chilled reds. The glass is so thick that the wine stays cool. Often, I start in a proper wine glass, scribble some notes and then move onto the goblets.

I’m a big fan of tumblers, too. I’ve had some wonderful times on holidays with my wife drinking good wine out of Duralex, like a bottle of Morey St Denis from Domaine Fourrier in the Cotswolds or a single vineyard Qupé Syrah in Santa Barbara. I’ve known some wine writers to take their own glasses on holiday in a special velvet-lined case.

Now, this isn’t a hill I want to die on. I appreciate that a little swirlage is necessary to properly appreciate wine. One can take unpretentious wine glasses too far: one of my favourite restaurants, 32 Great Queen Street, now sadly closed, only served wine out of tumblers in its early years–even the Mas de Daumas Gassac. My father used to bring his own glass. 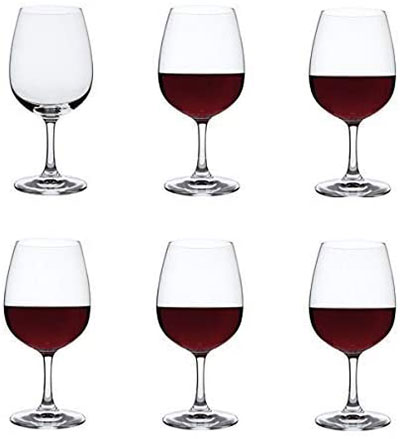 I have found the perfect compromise: Dartington red wine glasses. They look like giant copitas: big enough to swirl but hard to knock over. They even fit in our dishwater. Despite their low centre of gravity, I probably break three every year. So, if you ever want to know what to get me for Christmas…

For me there’s an order of importance when it comes to enjoying wine: the company, the quality of the wine itself, the food and, somewhere near the bottom, is the glass.

Unpretentious glasses say spontaneity, fun and pleasure while delicate expensive ones say one-upmanship, pedantry, and general twattery. They are for the sort of people who say “stemware” instead of glass, or “timepiece” for watch.

Don’t be a glass bore. Life’s too short.

Henry Jeffreys is a drinks writer based in England. His current book is The Cocktail Dictionary (Mitchell Beazley) and he blogs, occasionally, at Henry’s World of Booze.

Seeing the Napa Valley of now

We’re just not there yet