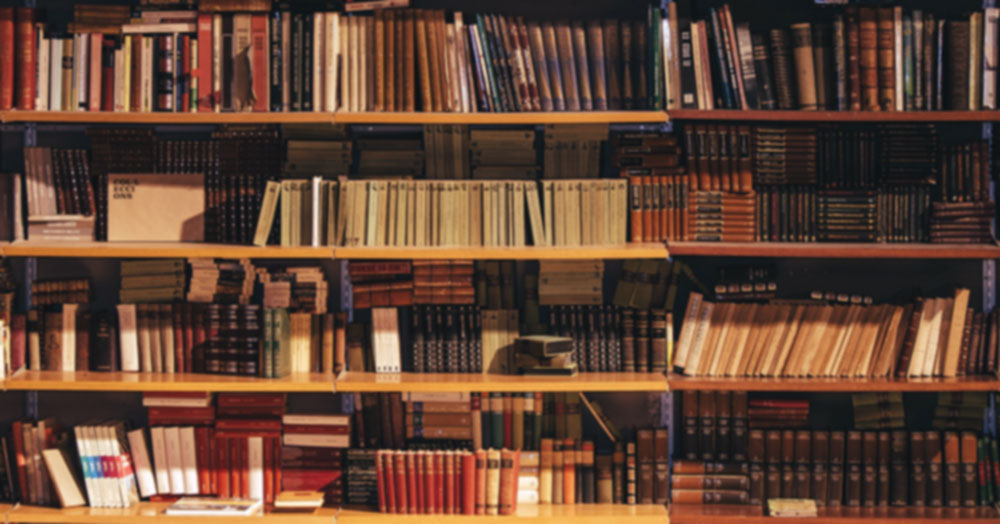 A little while back on a wine professionals online forum I often interact with, someone asked a great question about where to get information for studying up on the region of Jura as she was having trouble finding good sources.

For many people, this is still a bit of an arcane region so if someone mentions Jura, I immediately think about how little I know, but how much Wink Lorch and her successfully self-funded book, Jura Wine are truly the go-to reference and, at 25€, really a small price to pay for an independently-published, well-researched book.

After responding with the link and the recommendation, I saw that other people then chimed in with various blogposts or general wine websites that had short sections about the region, a cellar profile here, a wine review there, etc. Blogs and other forms of online content have their place, of course, but if wanting reference material for the region I thought why on earth would anyone want anything less than what’s considered to be the best, most in-depth book on Jura that there is, by a professional wine writer? Why would anyone want to waste time parsing through those incomplete and possibly outdated bits and pieces of the interwebs instead of the convenience of having everything already compiled in one place? I can only assume because they were free and publicly available.

The best things in wine are not free

But does “free” actually exist when it comes to good information and resources on wine (and on anything else, really)? The simple answer is “no”, for several core reasons.

Time and convenience
Have you ever tried researching a vacation via online sources instead of a proper guidebook? Takes up a lot of time, doesn’t it? Your time, which is time that I assume you value. So when someone has written up a piece that they’ve invested time in we have to realize that theirs is also valuable and paying them for that content allows you to get your time back. So the resource you’re using definitely has value. Paying for a book or a subscription is paying for independent and in theory, accurate research gained by someone knowledgeable on a region and neatly compiled in a convenient manner.

If you’re not paying, it breaks the entire economy of information. Much like with travel resources, in wine nothing can ever be truly free given the amount of time it takes to research and write anything about the different regions and wineries. And if you find a text that only contains out of context tasting notes or some snippets grabbed from who knows where, then how much can you learn from that?

Hidden agendas
This brings us to what is often the source of all that supposedly free information: advertising and sponsorship. More than likely that free information is something published due to a sponsored trip or promotion and is all based upon what the sponsor wants to have out there or by those who pay to be included in the trip if that’s the only research that went into the article. So there are specific commercial interests and hidden agendas being pushed in those articles that won’t necessary align with the factual information that will be of use to a student or wine professional.

And this is without even delving into the sordid depths of the “advertorial”. These days, one of the main forms of articles that are for free are ones that have been sponsored based on some vague idea of influence (real or fake) by the person being sponsored. These are absolutely not reference pieces. They’re advertisements and nothing in them should be taken as fact given that at best, they’re “truthy” and at worst, flat-out distorted or manipulative. Sadly, even a lot of subscription magazines are running them now, but usually just online, where they’re easy to grab.

Veracity
Even if something was written in good faith and put up for free in the spirit of sharing, because sometimes it happens that there are good-hearted people in the internet, can you trust it to be accurate? Maybe yes, maybe no. The problem is that if it’s free, then there’s usually no editorial standards in that no one is editing or fact checking as that kind of professional work is not free. And woe be the soul that uses Wikipedia as a source given that there are often people spamming the bejesus out of this free encyclopedia to plant links to their own websites.

While not guilty of “Wikilittering”, there’s one website that has used Wikipedia as an uncredited source very often and said website is free. It even spawned a book of its own which is riddled with bad information as they do none of their own actual research (other than sponsored trips) and it shows in how poorly cobbled together the material is.

Expertise
Highly tied into the reliability of the information is the ability and authority of the writer in terms of overall knowledge. No, you definitely don’t have to be a Master of Wine in order to write accurately on a subject. That said, those who have invested vast time and resources in researching a region or even living there will have much higher-quality and deeper information than someone who has just read the back label of a wine bottle and tossed up a quick post about it. Expertise is defined as having tangibly broader information and familiarity on a given subject and there’s a cost to earning that.

Intellectual property
There’s another a subset in terms of quality and accuracy which is the issue intellectual theft when it comes to free information. Free resources such as the one previously mentioned are heavily “inspired by” or “borrowing” from proper books such as “The World Atlas of Wine”, Guildsomm, “Wine Grapes”, “The Wine Bible”, or many, many others which is something as unethical as buying followers on social media to pretend to be an influencer.

But what’s interesting is that some people who think free resources somehow have worth are constantly annoyed by how much work they have to do to get at the information they want; the vacation planning issue again as they value their time, but no one else’s.

All that intro text? Booooring. A couple of ads for the writer to support their website? Ugh, being able to pay rent is so annoying!

While I see this in the wine world here and there, it’s really rampant in the recipe website world, like with this high-water mark of humanity who embodies the mood perfectly of “stop talkin’, gimme”. It’s as if the free wasn’t good enough and they want it giftwrapped with a bow and send overnight to their doorstep as well. 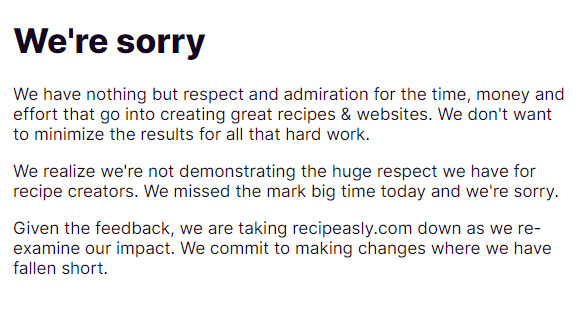 The tweet above was actually in response to Helen Rosner who somehow manages to dropkick assholes on Twitter (if you think it’s easy, go give it a try) while still managing to write for the New Yorker. She pointed out that this new website, recipeasly.com came about solely to strip people’s recipes from their sites so you don’t need all that “cumbersome” text getting in the way. The only positive in this case is that the founders of this project were harangued by everyone with common sense and they actually took it down in what has to be the first instance of Unnecessary Bro Tech actually being stopped before it wreaked havoc upon the world.

But what do recipes have to do with wine knowledge? Surely, no one looking for wine knowledge gets tired of the excess lint you have to read as said lint is part of the information, no?

Apparently not, as it’s become quite commonplace for people who have any kind of knowledge in the wine trade to be direct messaged on social media asking for “inside information”. I think everyone with any decreed level of knowledge is pretty tired of getting a message to “meet up for coffee” or “pick your brain” as these are all code to say, “I don’t want to buy your book or subscribe to your website. I don’t want to read any article of yours I can get my hands on. I don’t even want to respect your time as I just want to meet with you and get information that you’ve spent a lot of time, energy, and money to put together because, I’m me and how isn’t that reason enough?”

I actually had a winemaker friend who I gave my Georgian wine book call me one day and keep me on an hours-long phone call asking me all these details on Georgia that were in the book I sent her! It was depressing to see that someone not only put no value on a gift I’d sent, but no value on my time either despite telling her at numerous points that everything was in the book, I’d sent her, as a friend.

Sadly, I think these messages have exploded in the last year for anyone in wine as there’s the assumption that due to Covid-19 if you’re not traveling or giving talks, then you must be sitting around bored, ready to spew info that’s bursting from within. The simple answer is no, you’re not. Good info and good stories don’t expire and never die, but more on that at a later date.

I used to happily meet with people for a drink and a chat if they visited Priorat where I live, just to be social. Unfortunately, in what will probably be the last time I meet with someone I don’t really know for one of these chats, we met for coffee while he “picked my brain” about wines he was looking to commercially export from Spain to his country of origin. The best part was that after a nearly two-hour chat, he was then resistant to pick up the bill on my 1.30€ coffee and it seems he only paid it as I had no small change on me.

This is exceedingly dangerous to do as I have no vested commercial interest in any winery as I’m not being paid by them. But… what happens if someone does? Well, they’re clearly going to start selling you on the wines of that winery in order to get a commission as again, there is no such thing as free that you can actually rely upon. Somewhere along the line, there’s a price being paid whether you’re aware of it or not.

Possibly because I write and publish books I’m a bit swayed to the fact that they still have their worth, but given that a good many people are still buying them, it seems that I’m not alone in finding them valuable, thankfully. Whether it’s the Jura book by Wink Lorch or the new “Wines of the Rhône” by Matt Walls who relocated to the region for several months for research purposes, there is an authority and independence here that makes them worth buying. Again, authority, independence, and ultimately, expertise costs time and money. Free information is either wrong (often the case) or then intentionally skewed as someone is giving it free to benefit themselves in return. If you’re not willing to pay for the value of that and somehow think that these “free” resources you stumble upon can still serve you somehow, you’re simply delusional.

6 responses to “With wine information, you get what you pay for”