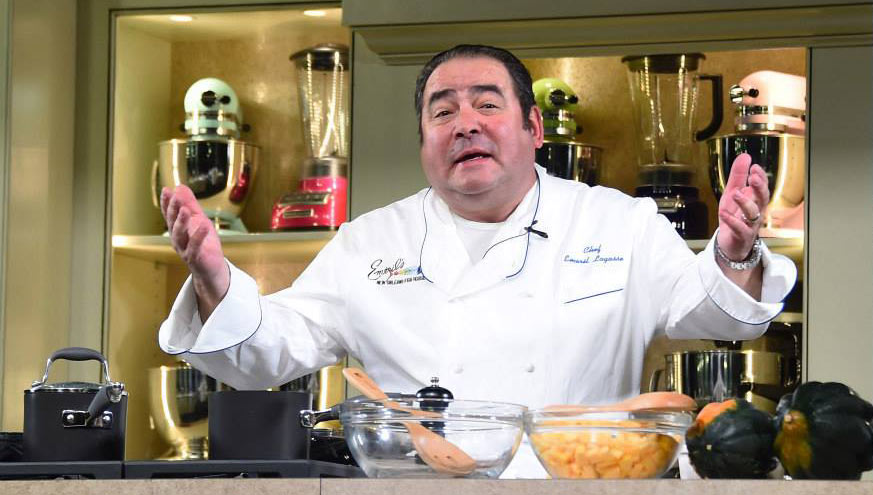 There really isn’t a week that passes in Catalunya where I don’t see some event that has a session of “showcooking” scheduled. I’m not really sure how this word entered the regular vernacular although to an English speaker it sounds rather mentally challenged like “fire, bad!” or “I don’t actually fondle women, that’s just how I talk.”

I have three theories as to how this phrase came about. One is that someone put “programa de cuina” (literally, cooking program) or other variations in to Google Translate and “show cooking” was what was crapped out the other end. Rushing a deadline, some event or marketing company just used it without asking an English speaker if it sounded stupid, which is does. My other theory is that someone saw that in the US, the “cooking show” was very popular and then decided to “Catalanize” it by putting the noun in front of the adjective because yeah, it should be “correct” Catalanglish if it’s going to be Catalanglish. The third theory is the simplest: “Dude, that sounds awesome, use it! Uuuuuuse it!”

My musings while on the toilet or in the shower aside and despite my constant pleading for people to stop using it, especially in English translations, it seems hell-bent on staying. So, why not join the party with a few new phrases to fully rape my mother tongue.

No, no more “wine tasting”, now just “winecupping” to explain that you’re putting wine in glasses, but make sure to use “cup” instead of “glass” to make it incredibly confusing.

I propose we lose “cellar visit” and call it like it is, which is standing around for a very long time until someone decides that you can do what you really came there for: the “winecupping”.

While I don’t have any problem with “masterclass” being used in Catalan as it is the correct term, rarely are these sessions an actual “class” nor done by a “master”. They are essentially a seated “standtouring” that isn’t at a cellar but which again, people are just waiting for the “winecupping” to come at the end once the guy shuts up, because it’s always a guy who won’t shut up.

I assume it’s because I’m not Catalan by birth, but I don’t understand the “visites teatralitzades” (um, essentially, winery visits done by actors with a script, yeah… say what?) which I know are very, very popular. From the (intentionally) few I’ve been to, they seems more like watching a circus or soap opera about wine. For Catalan wineries that have English speaking visitors, they need to use this new term, or Anglophones will have no idea what they’re talking about because the concept is as foreign to them as non-corrupt politicians are in Spain and all they really wanted was a “winecupping”, not a theatrical “standtouring”.

During the harvest is when it seems most people want to visit the wine regions. So instead of referring to it as the harvest, just call it what it is, something that the wrecks the living bejesus out of your back. Take all the magic and romance out of it immediately.

The morning after you did too much “winecupping” at the end of the “backbreakering”.

ReWine & the bottle: Using a resource in plain sight