I’ve known the wines of Celler Espelt for a very long time and have talked with director, Anna Espelt on various occasions to the point where I hold a great deal of respect for her... more »

Broken, battered, spent–and that’s before we get in to the state of our wallets after the holidays. In January, we always find ourselves at the point wherein we have to dig ourselves out of what... more »

The dangers of making wine

Despite Russell Crowe wandering around vineyards and the work of making wine being seen through rose tinted glasses, it’s actually damned tough and at times, very dangerous. The earthquake in Napa Valley shook things up... more »

On Catalan Independence and wine

With Catalan president, Artur Mas signing the authorization for the non-binding Catalan Independence Referendum on Saturday, it’s opened up a cyclone of questions, mainly due to the fact that Spain, unlike the more enlightened United... more » 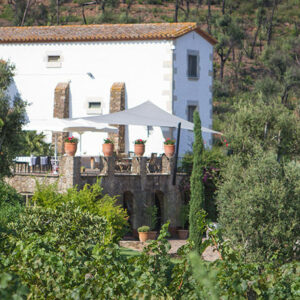 The valley of Bell-Lloc is a curious place. Located on the other side of the highway from Palamós it’s not the easiest place to find in Baix Empordà although at some point after my Empordà... more »

Going with the flow in Empordà

The summer is again not playing nice as just yesterday it was pouring rain and about 20C while I wrote this article. Still, if you’re in the Northern Hemisphere, it’s probably much more sunny where... more »

Of brothers Coca i Fitó

When talking about the power family duo of Toni & Miquel, it’s best to quote a bit from our forthcoming DO Montsant guide: Growing up in the Catalan wine heartland of Alt Penedès, it’s amazing... more »

In Empordà–well not exactly Empordà as it actually crosses in to Gironès as well–there is a winery called, Pago Diana. Not part of the DO Empordà due to geographic situation as well as grape choices,... more »

For most people visiting Catalonia and its capital, Barcelona, wine isn’t often the first thing on their mind. Most of us head to the beach, shop, enjoy the nightlife, visit museums or meander about the... more »
Privacy & Cookies: You know the drill and that to view the site you need to accept the cookie policy. Cookie Policy
X