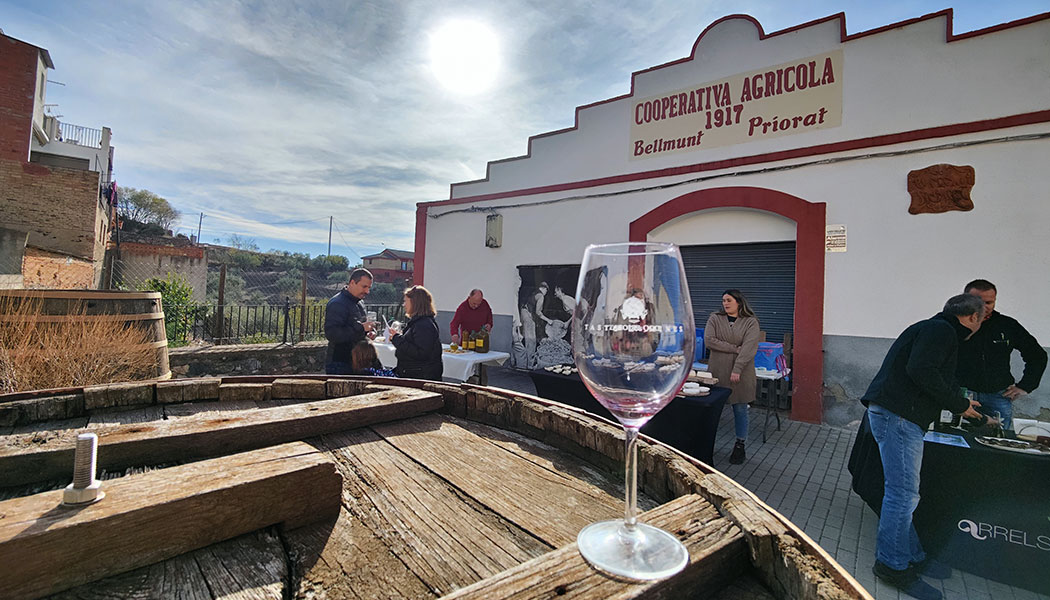 Despite the claim that people want “unique experiences” these days, when visiting wine regions, they tend to do it in more or less the same time frame.

For the Northern Hemisphere that means, May with a dusting of days in April/June (depending upon the weather that year) and then all of September and October. A light scrape of trips in November might make a guest appearance from time to time but never August nor terribly many other months.

The problem is this is neither a way to develop and sustain enotourism at individual wineries nor at a regional level.

The biggest issue is staff as it’s not hard to find people who only want to work 3-4 months a year. It is however hard to convince them to be unemployed the other 8-9 months.

The same goes for hotels, restaurants, and just about any other service aspect in a wine region in that it’s simply not sustainable to have an extremely small window wherein people opt to visit.

Two workarounds for this usually develop. The first is that many services such as restaurants are then only open on weekends as, outside the busy periods, they’ll often attract locals who head out to the countryside for lunch. The second is that staff for enotourism are then paid extremely meager salaries to balance out the fact that they’re not always engaged with visits year-round.

Either path is detrimental and in turn causes a vicious circle from which many regions seem to never be able to recover. This is why the more foresighted of people in any wine region realize that trying to stretch out the visit season further than the classic 3-4 months is in everyone’s best interest.

A bridge too many

The next issue is the physical location in overcoming the narrow visit window and despite the potential appeal of the countryside, there can in fact be a too much of it in the way of getting there.

Such is the case for Hvar, Croatia where their ferries from the mainland to the island go from 30 a day in the peak seasons to only three in the off season, often cancelling in inclement weather.

Others really have no problem at all such as Penedès in Catalunya. It’s a mere half hour from Barcelona, a city that sees millions of tourists throughout the year thus, Penedès receives visitors more or less the entire year as well.

These are the two extremes however and a great many wine regions fall somewhere in the middle.

That tricky bit and Priorat

So to do if you are one of these regions and there’s the potential to develop an offer outside of the classic window, but at the same time, being able to do this may seem just out of reach?

I bring this up as I recently attended a number of tastings and events in the Priorat region where I’m based. Typically, the end of November would fall into the realm of crickets, if the crickets could survive the sudden drop in temperature (which is why it used to be the traditional slaughter of the pigs).

For a long time, Priorat has been a region in evolution in terms of enotourism. Some 20 years ago, there was essentially nowhere to visit. Around 10 years ago you could plan a healthy 1-2 days out in the region with little problem. Now, there are in fact a good many wineries open for visits, but they’re running into this wall wherein the people coming to the region seriously tapers off outside of May with its shoulder weeks in April/June and then September-October.

This spring portion was in fact more pronounced about five years ago where everything got concentrated around the Fira del Vi in the first weekend of May. This always brought oodles of people to the region, but it was for a week at most. I remember when I first fully attended the festivities in 2013 and when asking the owner of a hotel how things were, she said, “Stupendous! If only the rest of the year was anywhere near this…”

Events started to pull themselves out of the Fira del Vi line up, most notably the “VideNit” which moved to July with a great deal of success. Others, such as “Nit de Vins” (yeah, the names are a bit unoriginal at times) in Torroja never attempted to be part of the schedule and worked to take advantage of a long weekend in August, giving more offer during the summer. Likewise, “Tastets de Gratallops” began in 2017 and was intentionally staged outside the main crush of events in May to take place at the beginning of June.

Given that we’re now stumbling into the third year of this pandemic and supposedly learning to “live with it”, events have restarted with a number of them outside these classic months people had been visiting in the past.

Recently, there was the return of the “Tast de Santa Bàrbara” in Bellmunt, pictured above. Why would they name it after a soap opera set in a Southern Californian town? Because Santa Bàrbara is the patron saint of miners and Bellmunt used to be a serious mining village in the south of Priorat. It’s important not to confuse this with the “Tast de les Mines” which also happens in the village but during the wine fair, for now.

What was great about this Santa Bàrbara event was that, for the end of November, the weather was overall favorable and it’s something of a laidback affair in the square in front of the old winemaking cooperative building. There’s a bit of music, some light food, a film screening (more on that later), and a number of wineries to taste from. For a tasting that’s far outside the typical four-month season, you couldn’t ask for much more.

The same goes for the brand-new “Fira dels vins rancis i dolços” in the capital, Falset. This tasting focusing on dessert wines as well as the local vi ranci was really something quite special and apparently the public thought so as well. Despite my love of both these styles of wine, I think of them as a rather niche segment these days. I seem to have been somewhat mistaken as 500 people attended and the town council announced that they’re fully committed to repeating it next year.

The big screen in the village

One of the most exciting additions recently has been that of the Most Festival. This film festival started in Penedès and (as far as I know) was the first in the world devoted to wine. They started to have an additional portion of the festival in the Priorat region due to the invitation of the DO Montsant and various town councils. This has really bumped things up a notch as the culture offer in the region has been… not tremendous and it gives people a reason to leave their homes as the weather gets cooler which is something I can’t overstate in being a very big thing to pull off. This past event I even took part in as I was invited to talk about the wines of Georgia before the screening of a film that won their jury prize back in 2011.

Come to think of it, November is actually quite active now as there’s also “Tasta Porrera” at the start of the month as well. Admittedly most of these events are attracting Catalan locals, but if that means the businesses can stay open, foreigners will find their way during these times as well, especially as people who travel for enotourism aren’t looking for hot, sunny weather like that which is needed for proper beach days.

This is all work that clearly doesn’t happen overnight, but it can happen if desired and once a wine region starts getting momentum, then new hotels open, and their quality level increases as well. In turn more restaurants open and then, instead of just being a day trip when there’s good weather, your wine region becomes something else altogether: a destination.