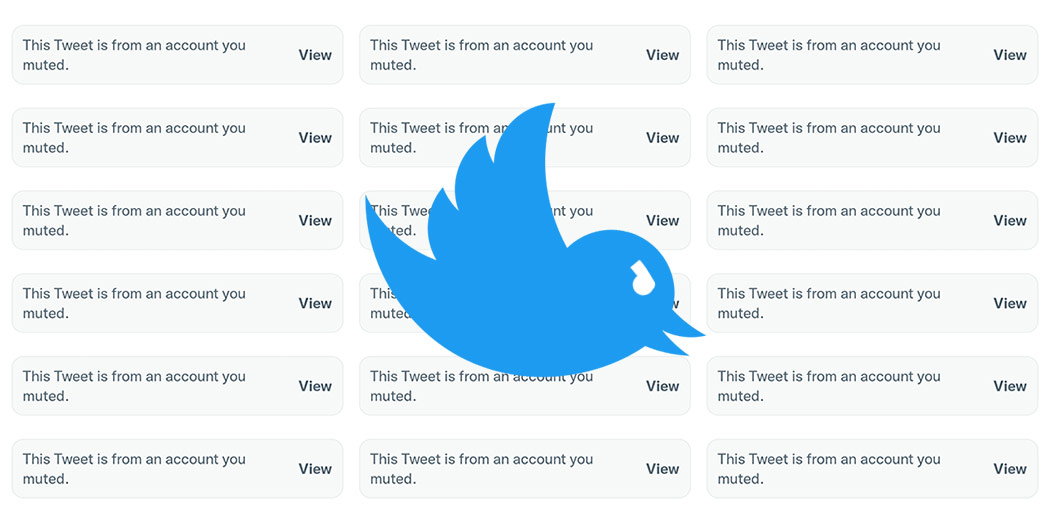 The social media party train that left the station in 2006 has gone off the rails since Elon Musk bought it for $44 billion in November, 2022.

As if 75% of the staff being laid off and shutting down one of their three datacenters wasn’t a harbinger of bad things to come, apparently, Twitter staff now need to bring their own toilet paper to the office given that janitorial staff have all been cut. You know it’s beyond dire at a technology company when employees need to actually think about their own bodily functions.

And despite the fact Twitter more resembles a monkey riding a ceiling fan, hurling its feces at everyone in the room, it somehow continues to persevere.

Oh sure, there have been millions “fleeing” for the Mastodon Hills.

It seems every day I’m genuinely followed (as opposed to followbaited) by someone new who, ironically has their Mastodon handle in the name of their Twitter account and still tweeting away, at Twitter.

I think the current situation of “Schrödinger’s app” was best summed up as, “Twitter, a platform many of us still use because so many other people use it.” in this recent NY Times opinion piece.

But what about “Wine Twitter”, this nebulous subset of people on Twitter who genuinely exchange and chat about wine? With Twitter’s ever-possible implosion, what are they all doing? What in fact are they doing on Twitter in the first place given that wine is something you drink?

Out in the weeds

I can’t really put an exact date as to when the Wine Twitter community came into being.

While I’ve been on Twitter since the very early days of 2008 when Fail Whales, having to use an outside image host, and a URL shortener were the norm (I realize no one born after 1990 will know what I’m talking about), it seems wine folk generally coalesced around the platform en masse around about 2010 with a bigger boost in 2012 and 2013 when journalists at large flocked to The Bird.

Like any person online who was born in the 1970s, I look upon those early days with (what is probably unfounded) fondness. There was exploration, collaboration and even activism. Are you an oppressed citizen wanting freedom from corrupt regimes in North Africa and the Middle East? Just tweet for freedom!

To quote this piece from the Atlantic, “The toxicity of social media makes it easy to forget how truly magical this innovation felt when it was new.”

For the wine community however, there was something else at play which was: not being lonely in wine geekery.

This may seem counterintuitive as wine is such a social drink, but many facets of the wine trade are quite solitary and “out in the weeds”. Whether one is a winemaker in some distant speck of the countryside tending to vines or even a wine writer tasting samples in a city, it’s all quite solitary. Even in importing and sales, which see a lot of social interaction, there are quite lonely times as people are on the road a lot, away from their friends and family.

I don’t expect anyone to break out a violin in learning about this as people actively choose to work in wine, but at the same time, it’s clear why a place to interact like Twitter could be so appealing. Wine is niche and has niches within its niche. Twitter has a more open quality to it as compared to say, Facebook, which allows people to have conversations others can join in on and you can find the en-niched wine folks throughout the world.

The amplification is very real; the true connections, less so even though for a time, Twitter made it feel like we were all on level playing field and things were somehow more “democratic”, until they weren’t.

Until we meet again

“Social media was never a natural way to work, play, and socialize, though it did become second nature” is another apt quote from this Atlantic piece as people in wine just accepted these tenuous connections to others in the trade as being in some way, “real”.

But whether there was a perception of realness of it was just an illusion, wine was never a particularly good fit for Twitter. Meeting people in real life has always been important which is why the Decanter Awards can pay judges very little and the IWC pays the vast majority nothing as these are events where far flung members of the wine world can actually meet in person.

It’s also why people travel long distances to be part of tastings groups or find a good caviste that they would trust to take care of their children.

People crave a physical connection but Twitter would somewhat work when there wasn’t one. Until of course, it didn’t as the issue was that as follower and interaction numbers started rising a great deal from 2016 onwards, the quality and civility dropped.

“We can maintain much larger networks, but only by compromising the quality or sincerity of those connections; most people operate in much smaller social circles.” is a summary of ‘Dunbar’s number’ of maxing out at 150 quality connections which was mentioned in this article.

Certain people were going gangbusters on Twitter in terms of reaching more and more people, but at the same time, it showed personal character flaws more and more.

I scream, we all scream

A good number of voices have grown out of control in recent years. This was after all what got a certain disaster of a president elected in the United States.

At the heart of the issue is that there is no repercussion for bad behavior on Twitter. This has only been amplified by Elon Musk as he himself wallows in this, but certain bad actors within Wine Twitter are just as guilty.

A prime example is a fellow we’ll just call JF who is extremely active on Wine Twitter. When it came to light that he was something of a sexist pig, he simply vanished for a bit. Then one day, much like the exceedingly unfunny sexual pervert, Louis CK, JF started easing back like nothing happened despite one user constantly mentioning that he’s a “complete piece of shit” as he certainly hadn’t changed despite his time away.

What did her attempts to keep his misdeeds in the light get her? A block from the platform.

He came after me as well for writing a piece about the shortcomings of algorithms for wine shopping but I refused to engage with him as I could see that it would go nowhere. After all, “winning” an argument on Twitter is like “winning” a fight in the parking lot of a discount supermarket: sad at the absolute best.

Nothing better to do

And that’s really the issue here in that while Wine Twitter isn’t going anywhere as there’s no good alternative as of now, it’s not going to get better.

People are constantly chased away after unsavory interactions and I know of many, many women who prefer Instagram or just about any other platform that’s not Twitter. Why? Because nearly all of the worst users are men.

It’s not really the case that Twitter has reached a point of ubiquity and being “too big to fail”. People are still using it plenty despite a great many of us having to hold our noses about its current owner, the objectively not funny “Chief Twit”.

It’s more the fact that there are people on there who have nowhere else to go. If you take away the app from so many of the worst, most aggressive users in Wine Twitter or really any horrid subsect of the platform, what do they actually have?

I was chatting about one very problematic individual with another fellow who had some issues with him and he said a line that’s really stuck with me when I asked what this unpleasant person gets out of Twitter: “He literally has nothing else to do”.

It’s for this that Wine Twitter definitely isn’t going anywhere unless Twitter itself does which I think it something most of us would be fine with, minus those who have defined their existence by it and are truly “all in”.

So, what’s the next best?

As many people have pointed out, the answer to Twitter isn’t shifting to something like Mastodon or Blue Sky or Cohost or Post.News. The real key is to make a break from social media as while the social network is useful, social media is simply toxic due to the fact that media derived through amplification is simply a distillation of humanity’s worst tendencies.

For me personally, ever since 2016 with the hellscape of Brexit and the US election, I’ve been endeavoring to use it less. I don’t have a Facebook account nor LinkedIn and I use Twitter basically the least amount possible. I’ve been investing more time in my monthly newsletter which is something I actually see meaningful interactions from.

I don’t know what form your “newsletter” may take, but I highly recommend coming back to email, WhatsApp or just general human interaction, especially after all we’ve been through since 2020. After all, scientific research has shown that it promotes health and longevity.

Don’t search out what may be next in social media as we can see that any shift will just be more of the same that’s been failing us for years now. Stop hiding behind your phone’s screen. Use whatever crumbling of Twitter there is as an excuse to get out there, meet people, find a caviste in your neck of the woods, and dammit, enjoy wine with other people like Bacchus intended.