This recent article by Alicia Kennedy held one of the most insightful and powerful comments I’ve seen in some time regarding awards:

You should read the whole article as it’s quite an excellent read, delving into the massive problems that have arisen in what was to be the 2020 James Beard Awards. The awards have in effect been cancelled, which has been yet another one of those “big things” being axed by 2020.

If you’re not familiar with the James Beard Awards, it’s meant to be a showcase of all that’s great about food and the restaurant scene in the United States. Despite costing a rather whopping $150 to enter, they’ve been dubbed “the Oscars of the food world”–albeit entrants are only from one country in the world, the United States.

As to what happened this year, Pete Wells of the New York Times explained what was at stake quite well, despite not initially disclosing that he had been a judge on various occasions. If you want to understand this better, Pete’s article is also a worthy read as no one is really sure which direction things will head, or even if the awards will ever come back.

What about the wine world?

Taking stock of what’s happened with the James Beard Awards, there’s an interesting discussion to be had about the wine writing world as well. This is admittedly a small and seemingly inconsequential blip in the overall writing scene, but if you ask anyone who is part of it as to which award is the most important, they’ll more than likely say, The Roederer Awards [website now offline]. Backed by the eponymous Champagne house from which the awards take their name, winning a “Roederer” has been a career apex that any Anglophone wine writer active during the last decade and a half would have hoped to reach.

However, the Roederers saw this edition in 2020 as their last. Established in 2004, they’ve taken place every year since being established with a variety of categories, some of which have changed over the years. The awards ceremony held in London annually was well known as a mighty fine time as well. I can attest to this having managed to attend it one year, feasting on lovely bites and drinking excellent wines from the producer.

When they announced the awards being open for submissions early in 2020, it was stated this would be the last. As you’ll note in the linked post by Richard Hemming, they stated this waaaay back in another era, which was the middle of February. The COVID-19 pandemic hadn’t arrived yet and protests such as Black Lives Matter hadn’t started. So, the decision to stop was probably just a realization that the awards had run their course and it was time to cut back costs as I imagine they were quite expensive to put on.

Will there be some new winery, region, or some other entity that slips in to replace the Roederers? No one knows at this point but given all economic indications for the next 1-2 years, I can’t see someone jumping at the chance. So, what we have here is an incredible moment to take a look at the history of the Roederers and see how a great award could be even better if it’s ever revived in some form.

It was after all, a fantastic competition to have existed. Given that wine writing pays quite poorly, having something such as this to strive to formed motivation to do your best. And then there was the “Emerging Writer” category which was a great way for up-and-coming voices to get some visibility.

So let’s then take a look at the hard numbers on the winners over the years to start thinking about where to go in a post-Roederer world. It’s important to look at these trends given that the primary reason the James Beard Awards collapsed this year was that it was clear there was a non-evolving “trend” to the winners of those awards. 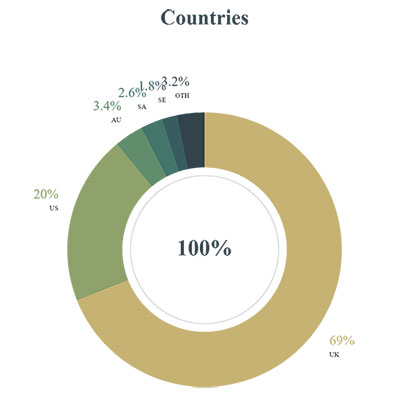 While the Roederer Awards were dubbed as “International”, given that the awards took place in the UK and the judges all lived there, it’s not much of a surprise that British nationals would heavily dominate the awards. It’s also the case that a great many wine publications are based in the UK. So again, this isn’t much of a shock but what should be kept in mind is that the small percentages for Greece and Germany are actually just two people who live full time in the UK and the one person from Switzerland, co-wrote a book with two British authors.

I don’t want to argue the rightness or wrongness about this but when something has a geographic center in one place, then more than likely, you’re going to see it dominated by people from that place, no matter the original intents. 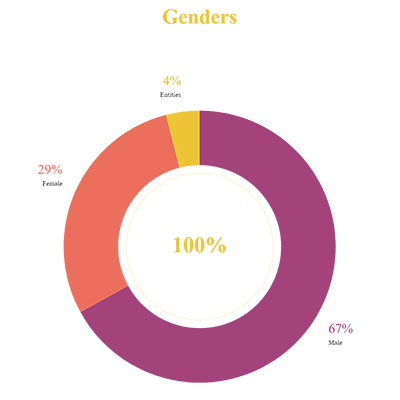 These are the percentages of all Roederer winners by gender. Note that “Entity” is due to there being publications that were winners and thus, without gender:
67% – Male
29% – Female
4% – Entity

Were most Roederer winners men? Yeah, they were, by more than double. This was a bit surprising to see as for a very long time now, there have been many women writing about wine and doing it exceedingly well. So this is a pretty disappointing figure.

In Roederer’s defense, they seemed to be aware of this and the balance started getting a lot more even in recent awards as a good number of women were winning. Maybe this was due to more and more women being on the jury and thus seeing it more balanced, but I can’t find any reliable past jury records to really verify this.

These are the percentages of all Roederer winners by known ethnicity: 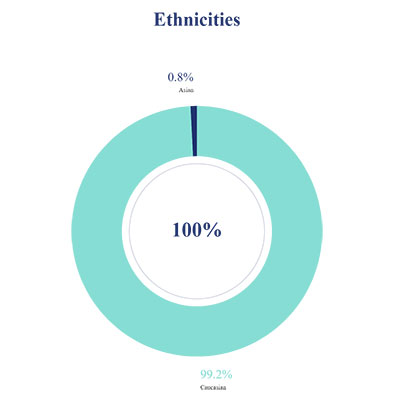 If anyone in wine is shocked by this, then you probably don’t get out much and… you probably should. Wine has for a long time been seen as the dominion of mostly white people and this analysis reflects that opinion. As this year has proven, that’s an utter BS line of thinking as people of all ethnicities love wine because it’s a fantastic alcoholic beverage. And, unlike the issues around gender, the winners of Roederer Awards didn’t show any drift towards being more inclusive on this front despite there most definitely being not only white people writing about wine these days.

And so we come to the real meat of the matter. Who stood the best chance of winning a Roederer Award during its existence? Essentially a white male that’s British or maybe American. Certain categories were more difficult than others. For instance Wine Columnist was always a British winner with the exception of one year when a South African won it. Feature Writer was only won by British people until 2017 when Americans started winning a couple.

And the bigger problem is that this then becomes self-fulfilling. If someone looks at this year after year and sees that they don’t fit this demographic, they’re going to think, “Why bother?” and not enter. So then your entries continue to come from mainly the same group with less diversity. Thus the winners definitely aren’t representative of “the best” but just those who enter because they see that people of a similar background to them have won in the past and they think they stand a chance to win as well. Or simply because research has shown that white men generally are more confident about their own work than anyone else.

It would be very easy to “leave this here” and let people do what they want with it, making for something of a hit job on the Roederer Awards. Despite these figures, this is an award that I think needed to exist and will hopefully exist in some form in the future. The problem is that we’re seeing a reflection of a kind of thinking that’s needed to evolve and change with the times. And given that a new awards could start soon, it offers us a chance to seriously rethink how it’s done.

Following are a number of potential ideas I’ve collected that could help remove the inherent bias from any future wine writing competition as much as possible. While I’d love to say that I came up with all of these, they’re a composite of various other aspects of the wine trade such as wine judging that, when applied to a wine writing competition could have real merit, as well as the product of many conversations I’ve had about the topic of diversity with other people.

People should feel free to add on to these points if they’d like in the comments, but it seems that we need at least some of these elements to ensure that new voices in not just wine writing, but wine as a whole, are reached and showcased. If you view this as some kind of “identity politics” crusade, I can’t be bothered to feign politeness because you’re an idiot.

Having the same voices in the room all the time, the conversation never changes and never evolves, and thus becomes repetitive and unexciting. More voices, even if they’re ones certain people would not like to hear, give more texture and viewpoints to a conversation, making for a better for a broader reach, and a richer scene for all of us to enjoy. I mean, isn’t a fine wine defined as having “depth” and not being the same thing again and again?

Wine has seen itself digging further and further into having a stodgy reputation that’s translated into a falling market share. This is at the same time as so many other sectors of the drinks industry continue to grow. How are they doing this? By showing that they’re not the purvey of a single gender, race, and nationality. Even though wine has been with us as long as taxes and prostitution, the only way it will continue to survive is by evolving with the times and bringing more voices into the fold (that are already very much here, yet often ignored) and showing that it’s a drink to be loved be any and all.