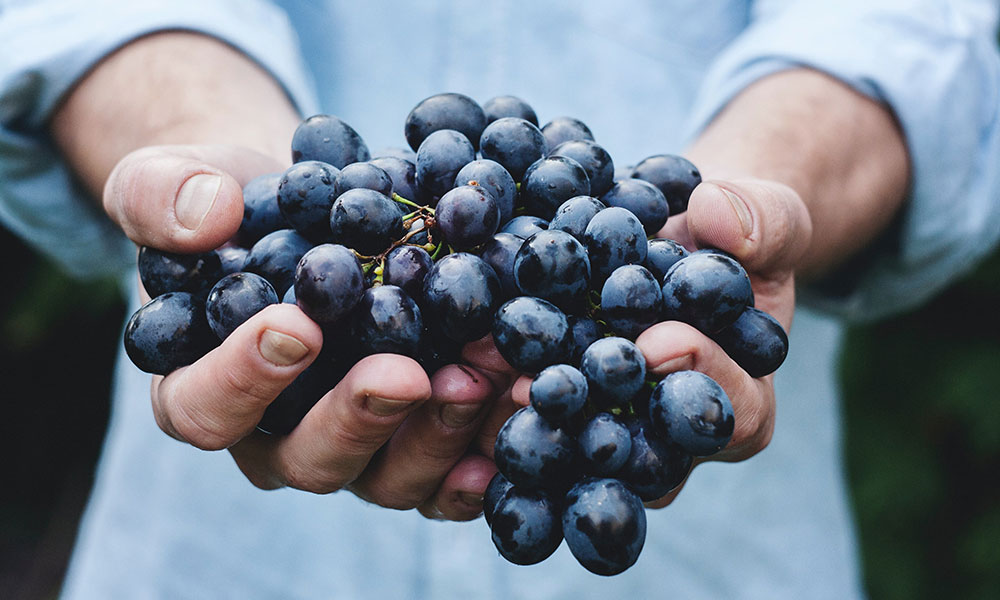 The personal story behind a stock wine photo

If you spend any time in the internet you undoubtedly know these hands holding those grapes. Anyone who has seen anything relating to wine, whether a newsletter or the cover of a well-known magazine will have seen this now iconic image at least once, if not countless times over the last couple of years.

While the photo is available for free on the Unsplash website as was originally intended by the photographer, that’s not the singular reason it’s used so much as there are many free (or assumed to be free) photos of grapes out in the world.

It’s not only the perfect composition and the color of the grapes matching the shirt of the model, but there’s a feeling of reaching out and an offer of abundance to the composition, generously inviting the viewer in and making them join. As it happens, there was something serendipitous to the creation of the photo some seven years ago linking to a moment in time, a memory, and so many things that no longer exist.

There is perhaps a downside to popularity in that people can easily get tired of something no matter how lovely it was upon first viewing. This photo is no exception as I firmly remember this tweet getting a wide degree of circulation at the beginning of the year, despite appearing the same day as the Capitol Riots in the United States. Curiosity about this photo has been resurfacing every now and again since on social media and stumbling across it again for the umpteenth time made me want to dig further into the story behind it which took several turns I wasn’t expecting. 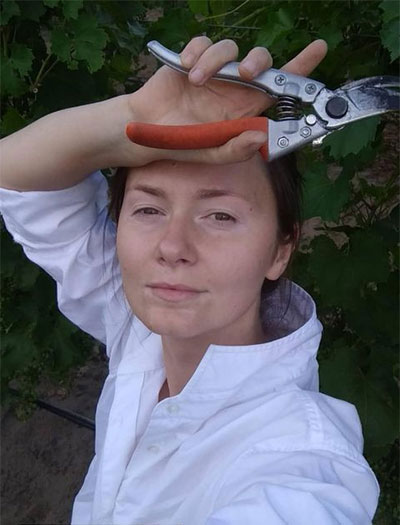 As a reverse image search on Tineye readily reveals, the author of the photo is a Serbian designer named Maja Petrić who lives in Subotica which is in the northern part of Serbia, an area I last visited years ago on a research trip about Serbian and Croatian wines.

In chatting with her, she told me that she’s been an avid photographer for many years trying different genres but turned to nature and still portraits several years ago, some of which can be admired in her lovely Instagram account.

This photo in particular came about one day when she was at her grandfather’s house with her family around seven years ago in the little village of Tavankut just outside of Subotica, which she says it’s actually better known for growing apples, plums, and peaches rather than grapes which her grandfather grew as table grapes–although wines from the area have gotten steadily more impressive. She explained that at one point her husband, Andrej grabbed a cluster in a playful way and she took the now globally famous shot.

As a designer, Maja has used various free stock photo websites so a couple of years ago she decided to give something back to the creative community, and that’s when she uploaded this shot alongside a few others. The irony of course is that publications and people around the world have been using this photo extensively, largely to illustrate wine articles, events, apps and even the cover of a trade magazine in Germany but only a few have realized that those aren’t wine grapes. They’re clearly too big to be wine grapes and they’re table grapes which Maja could not remember exactly which variety they were. One of the reasons she couldn’t remember is melancholic, brought by the fact that the vines for these grapes no longer exist and her grandfather who tended them, also passed away some time ago. 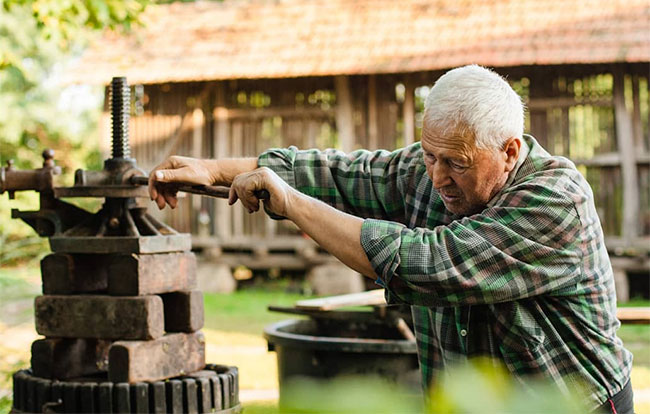 But things seem to come full circle as Maja and her husband Andrej have recently planted their own vineyard of 1ha in a different area near Subotica with grapes that are for making wine, not eating, as they’re planning to make a few hundred bottles every year. And as they’re just starting out and learning, they seem to have planted a bit of everything including: Morava, Soreli, Sauvignon Blanc, Merlot, and Cabernet Sauvignon. It’s a small project with their first harvest in 2019 that was only whites. In 2021 they’ll also make some red and they’re hopeful it will be drinkable as Maja says the area is a bit tricky for reds.

When asked about whether they’ll commercialize the wines Maja jokes, “That photo started everything, and it probably will be more famous than our wine can ever be!” Time will only tell how things will turn out with their project, but until then, her photo will undoubtedly continue be seen around the world for some time to come despite the Twitter critics. I suggested she use it for the label, but we’ll see if that’s as clever as it sounds in another year or two.

I really recommend to check out Maja’s Instagram as well as her website which, while in Serbian has really lovely photos that are adding some beauty to our rather grey pandemic lives and help us remember that there’s more than meets the eye to everything we see.

8 responses to “The personal story behind a stock wine photo”