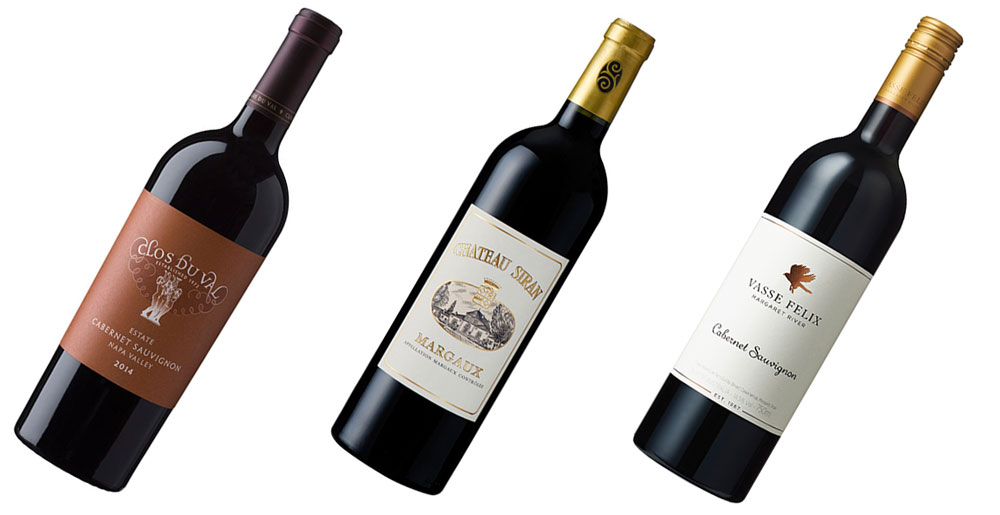 I was leading a tasting recently and out of random curiosity, one of the clients asked, “By the way, what Cabernet Sauvignons can you recommend?” I wasn’t really expecting that as we were tasting through some top-kit Priorat wines which are mostly Grenache and Carignan. I thought for a second and then replied, “You know, I don’t drink a lot of Cab these days to be honest.”

I need to emphasize that I’m definitely not anti-Cab by any means. It’s more the fact that I can’t think of anywhere in the Iberian Peninsula where it grows particularly well. Any Spanish wine that does show the least bit decently from the grape, has usually seen a lot of work done in the cellar and doesn’t really get my motor running as I don’t taste vineyard, I taste, “stuff”. Thus, if I want Cab, I need to really seek it out and given that what’s within arm’s reach is pretty damned fine, I have to admit that I rarely feel like reaching too far.

This is totally lazy though and one needs to stay abreast of what’s in the wine world outside your little safe wine pocket so I looked into picking up bottles from what I consider to be the finest producers of Cabernet Sauvignon on the planet: Bordeaux in France, Napa Valley in California, and Margaret River in Western Australia. The idea was to do a little compare and contrast as while Cab has spread far and wide, there’s Cab and then there’s Caaaaaab.

A lot of marginal locations have been planted to produce some pretty shit, bottom-shelf wines such as: the Central Valley in California, Pays d’Oc in Languedoc, and Riverland in Australia. The keen-eyed will notice that these are all near (well, same continent in the case of Australia) the same regions I just lauded as making some of the best which shows that location does indeed matter as much with Cabernet Sauvignon as it does with pedastal-placed Pinot Noir.

There are also up-and-coming regions for Cab like what’s coming out of Northern Serbia these days, but that’s all for another article. Or, you could look to Stellenbosch in South Africa, but for now, let’s stick to these three beacons of Cab-ness.

There are unifying characteristics between these three wines. That tell-tale pyrazine bell pepper aspect is present in all three, but more noticeable in the Margaux which also has a good deal more red fruit notes to it, while the other two are more dark-fruited. But it’s on the palate where you can really delve into all that’s Cab-tastic and explains why people love the grape so much because all three wines have this lovely width in the mouth with tannin structure that’s ample and structured, but yet doesn’t feel like a cat has danced the Charleston on your tongue while wearing sandpaper on its paws. These were just downright enjoyable wines that anyone who likes wine can readily down and this is why, despite all the hate, they say it’s the most-planted variety in the world.

There are things to take into account with this selection, namely that these are not equal levels of wine to one another. The Château Siran is actually a rather piddling example of Bordeaux and I bought it here in Spain as it said, ‘Margaux’ but in reality it’s majority Merlot. It still carries solid Margaux character with this lovely floral aspect although the wine does little more than that. I actually feel like they’re just trying to fool people into buying it as there’s also Château Kirwan in Margaux which is a classified Third Growth and a way, way better wine.

The Clos du Val is Napa-ish but it definitely doesn’t have that porn-y bang-chocka-bang of massiveness you find with other Napa wines. This might actually appeal to many who have been done in by it, but I have to admit that when this kind fellow asked me if I wanted any wines from Napa, I mentioned this as it was within my budget. Opus One, Screaming Eagle, my former employer’s Inglenook, and even Continuum aren’t terribly friendly on my writer-ly wallet. That said, there’s a driving, very “Californian” aspect to the wine that makes it pretty easy to pick out of the field. Important to note is that it too isn’t 100% Cabernet Sauvignon and clocks in at just 80% as California allows varietal labeling if above 75%, not 85% like Europe. Wonky, I know. Welcome to what’s in my head, it ain’t pretty.

Lastly is the Vasse Felix. I had to order this from the UK and I readily admit I’ll probably order a good deal more when I get the chance because, holy shit this is excellent. It’s not dirt cheap at £31 but for the amount of incredibly wine you get at that price, it’s a steal. I’d be tempted by their “Filius” line which is nearly half the price, but I sorta don’t want to sully what I tasted here.

The downside is that Margaret River is exceedingly hard to find not just in Spain, but even in the UK who generally have a pretty direct line to Australian wines. The reason it takes doing to get these wines is quite simple however: the damned Australians drink nearly all of them!

There’s a softness and grace to the wine that I’ve rarely tasted in a Cab, but at the same time, I can’t see you mistaking this for a Left Bank Bordeaux (okay, maybe Pauillac?) as there’s this lively ripe streak through that, if you dig deep into the wine says that it’s not from somewhere touching the Atlantic. But it all just works and it’s made me want to seek out more Margaret River wines, somehow.

The moral of this particular story is that if you’ve tossed Cabernet Sauvignon into the same bin as Chardonnay, Merlot, and others, I completely understand, but at the same time, maybe revisit it if you haven’t in a while. You’ll most likely find that there are definitely some gems being made, around the world.

3 responses to “Playing the game of Three-Cab Monte”