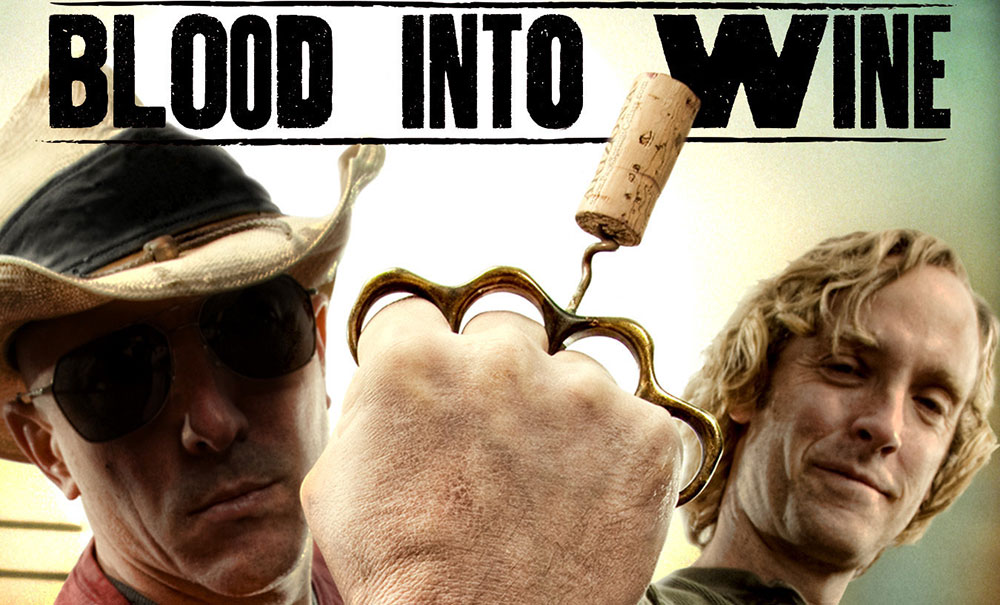 When in Cape Town last year, checking out the Stellenbosch vineyards, I bumped in to this guy who wasn’t in to wine that much, but was in to the band, Tool. He said that if he was going to drink wine, it would be the bottles made by Caduceus.

Caduceus is a winery started up by the lead singer of Tool, Maynard Keenan. That isn’t terribly noteworthy in and of itself as many celebrities own vineyards, but what is interesting is that he and his winemaking partner, Eric Glomski are making their wines in the high desert of Arizona near a town called Jerome. And apparently, the wines are good.

This didn’t go without notice and at the end of 2009, a documentary was released about the endeavor called, Blood into Wine. If you’re curious, check out the trailer. We managed to sit down and watch the whole film the other night and it’s actually quite good. It’s geared towards an MTV-ish audience with slick editing, cuts, and graphics, but it’s a work that can be enjoyed by everyone.

And that’s the point as the film gets in to the whole winemaking process and breaks down the various steps (like primary and secondary fermentation) making it approachable and easy to understand. All of this is of course interspersed with various interviews of the famous folks that Maynard knows like Milla Jovovich as well as a few soundbites from San Francisco local wine blogger, Alder Yarrow of Vinography for some reason.

You should really check it out when you get the chance (it streams on Netflix) and watch the entire film through the end credits, which if you already don’t feel like watching, then cheat and check out David Odenkirk’s ridiculous french winemaker parody. Happy viewing.