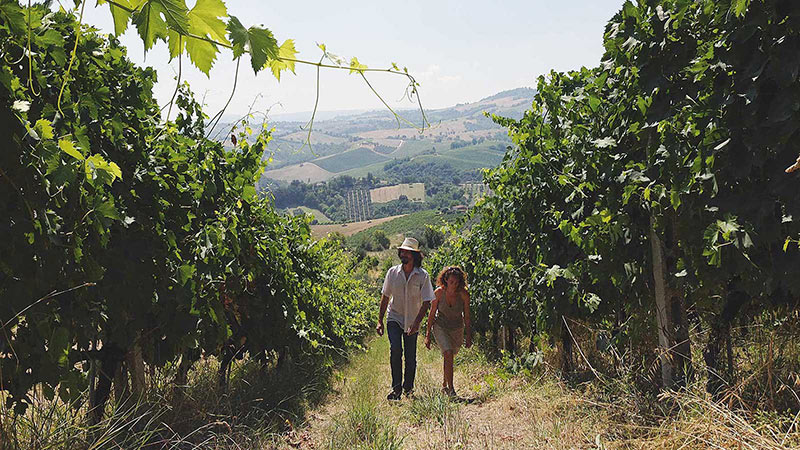 At the press screening night for the Most Festival, I had the chance to see “Natural Resistance” at the Filmoteca in Barcelona. I was very excited to see the screening as Jonathan Nossiter’s previous documentary on the wine world, “Mondovino” was released a decade ago. A seminal film, it took him five years to shoot and tore open the sordid commercialism of wine and I posit that this film, along with a medley of other writers and opinion makers is responsible for the large sea of change we’re starting to witness in the wine world in regards to trying to take the “industry” out of something that has been with us as long as taxation and prostitution.

So it was with great excitement that I went in to see this film last week as love or hate the “natural” wine movement, it’s pointing a way to the future and the core of this documentary talks about this. I came out sorely disappointed. The film felt shallow and removed with little extrapolation of the subject. Sure, there were winemakers from different regions of Italy talking about their woes in making wines the non-industrial way, but these just came across as random, flat chats. At the Q&A after the show, Nossiter stated that the interviews and chats took place over four days so yes, this isn’t a mistake.

I would never say that you need years to weed out a proper narrative for a documentary, but this felt rushed and without much substance and the last 10 minutes or so are the only part that hold value and form what should have been the beginning of the film. The winemakers didn’t come across as terribly thrilled to even really be discussing the subject. While one winemaker stating, “No, we don’t make ‘natural wine’, we just make wine.” could be seen as the spirit behind the movement, I took it to be a winemaker who tired of the subject and not particularly into Nossiter’s filming in general.

Given that material comes across as incredibly thin 84 minutes, Nossiter seemed to want filler that came in form of various mid-20th century movie clips strewn about the film at inopportune moments, sometimes breaking up the narrative and at others seeming like non-sequitur fluff. At first I thought maybe I was seriously missing something as the film is mostly in Italian and had Catalan subtitles but a cine file friend who watched the film said she felt the same way and two other reviews said essentially the same thing (sorry, they’re in French.)

The more unfortunate aspect to this film is that the “natural” wine cult will probably grab a hold of it and hail it as true propaganda for the movement. This will be despite none of them getting it either, but their being too afraid to admit it much like admitting that wine without sulfides that goes through additional fermentation in the bottle is piss wine.

The only thing that was truly on point was when a member of the audience asked what the message of the film was and Nossiter stated, “The film doesn’t have a message.” To this, I agree as it’s a generally rambling collection of sound and images that won’t help anyone to understand “natural” wine nor does it make for pleasant viewing. I just hope that the next time Nossiter makes a film about wine, he applies the same passion that we saw with Mondovino. I truly recommend anyone to watch this film who hasn’t seen it.