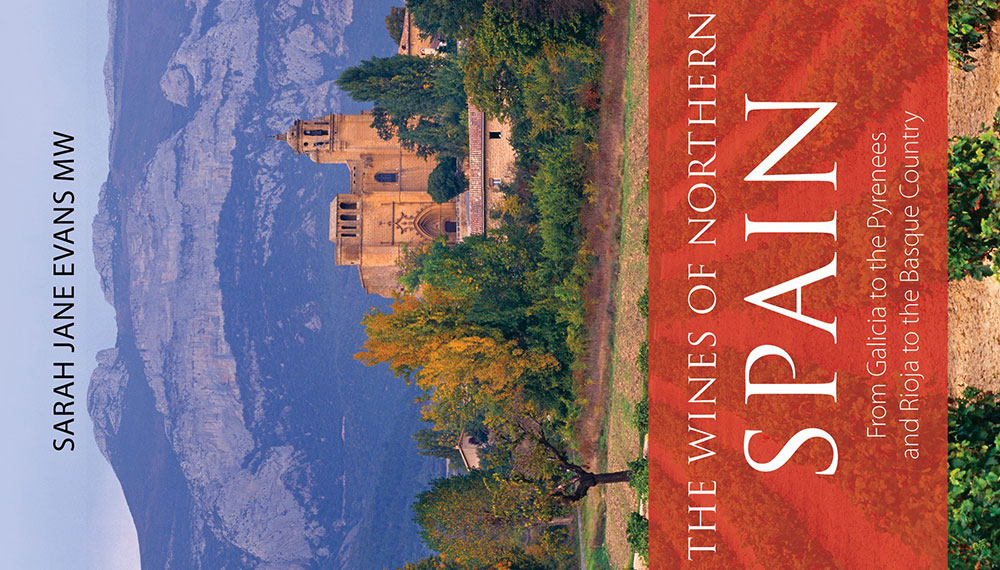 Despite Spain’s rubbing shoulders with France and Italy in terms of total wine produced, the number of texts about the country has always paled in comparison to these other two behemoths. It’s so dire in fact that the only country-wide reference for Spain was last revised in 2006!

Obviously, much has changed in the nearly decade and a half that’s passed since John Radford’s last update of his seminal book, “The New Spain”, including sadly, the author’s own passing. This has in turn left something of a vacuum that hasn’t been filled save for regional books on say Sherry, Rioja, or those I’ve written myself on regions of Catalunya.

Thankfully, Spanish wine expert Sarah Jane Evans MW took the bait of this massive undertaking to create a contemporary reference book for the whole country of Spain. One of the first things she did of course was to realize that the landscape of Spanish wine is simply too big for a single book anymore which is why it’s been split in two, with The wines of northern Spain being released first. A second upcoming book will tackle Catalunya, València, the islands, and Southern Spain. I’m not sure if Sherry will be included other than a mention as the Classic Wine Library collection already has a smashing good book on Sherry by Julian Jeffs.

So, what does “Northern Spain” mean in this context? Well, basically everything north of Madrid and spanning all the way west to the vineyards of Galicia to the border of Catalunya. Upon seeing this I initially thought, “But what about Méntrida or Vinos de Madrid?” as it seemed that any region with Grenache should be in there if you’re going to include Aragón. Then of course I realized that if you include Méntrida then you need to include La Mancha next door and then Uclés, and then Júcar, and then you get down into València and then… well, you’re basically not dividing up anything if you do this. So, what may seem like a simplistic division is in fact, quite smart and works very well as a cohesive focus.

From there the book breaks down the regions into chapters with summaries and selected cellars. This format is often used in such books as it works well to lay out the regions and profiles in a logical manner for quick reference. It’s important to note that not every cellar has a profile in the book as that wouldn’t be feasible given that Rioja alone has over 400 and you’d be hard pressed to even fit all of those in a single book on its own!

Sarah Jane has made a smart selection of the wineries she’s found to have high quality as well as important history during her lengthy career of focusing on the wines of the Spain. I did find that some regions such as in Aragón could possibly have seen a few more profiles, but this is nitpicking as there’s definitely let’s say, “room for growth” in terms of quality wine so trying to pick out just a few is definitely a tough go.

Does this book offer additional insight above and beyond what most people focused on Spain already know? The answer is a most resounding yes as the book has done wonders to fill in what gaps (both little and large) that I’ve found myself to have and I’m much the better for having read it. What I like about Sarah Jane’s writing style is that she has a clear, concise voice while at the same time, adding in a touch of wit as needed, case in point, when talking about the rather wobbly consistency of the “Vino de Pago” scheme.

My only criticism of the book, if I have to find one, is actually something I read in a review on Amazon. I largely didn’t agree with what was written except that the reviewer made a critique that applies to the entire Classic Wine Library collection and not just this book in that the cost of the books is rather high (£30/$37/35€) for a softbound, black and white text with no color photos that’s on average 300 pages in length. Having printed books, I am familiar with raw printing costs and this markup is rather high, although maybe I’m an idiot and this is the kind of price that needs to be charged for what is admittedly a niche publication in order for it to be more than a quasi-sustainable affair?

Regardless of this aspect, if you’re the least bit into Spanish wine, I highly recommend to pick up Sarah Jane’s book to keep as a go-to reference for this region of Spain. I look forward to what she’ll be writing about the other side of Spain in the next book!