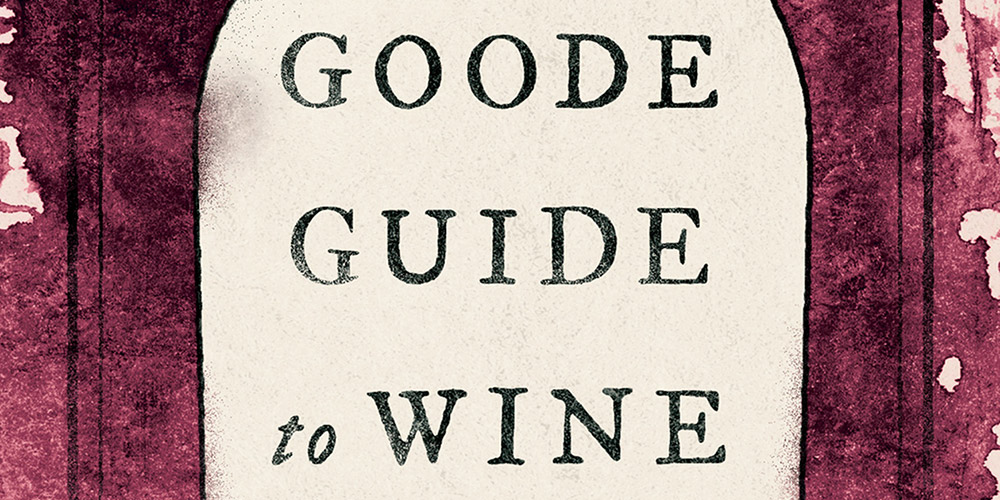 A book review of “The Goode Guide to Wine”

“The Goode Guide to Wine” is the newest book from long-time wine blogger, prolific and well-regarded British author, Jamie Goode that sees release in September. Having a PhD in plant biology, most of his books to date generally focus on the science of wine as well as various aspects of winemaking. Quite interesting stuff for those of us interested in the topic which is why this title posits something of a change in that it’s more philosophical in nature, more as something designed as a discussion starter. It’s a book presented as Jamie’s own, personal “guide” to wine. Definitely a hefty undertaking which is why I was quite curious to read it.

Upon having finished the book, I had to take a moment to think about how to best describe it given that it defies general definitions and doesn’t really fit into any one genre of wine book. What I ultimately came up with is that if you like Jamie’s Twitter account, then you’ll most probably enjoy this book.

That’s admittedly a bit of a strange statement but I can’t think of one more apt as the chapters in this book are overall exceedingly short (maybe 3-5 pages in general) and read much more like slightly fleshed-out tweets than anything else. I mention this as for some time, Jamie has been using Twitter as way to post thoughts or musings that don’t really take a stance one way or the other, but are put out purely with the idea of generating some debate attention–that often drifts into polemics. I’m sure that there will be those who find not just this short snippet format, but also the type of content appealing and perhaps this rapid-fire churning of words is exactly what some people want in this day and age of social media, constant distractions and short-attention spans. I have to admit that I’m not one of them and prefer books that really grab my attention and make me forget about everything else around me.

Personally, I tend to avoid these kinds of debates on Twitter and I generally prefer much more developed and well-argued thoughts in a book, which is not really what I’m finding here as this is not trying to be an in-depth essay. I was particularly frustrated with the tendency of whenever something had a hint of getting interesting, getting towards taking a stand or making an argument, it often ended with an abrupt sentence like, “Soil matters”, or “Make your wines taste truer. Not nicer”, or “This is a problem”, or something else just as pithy. I suppose it’s to be expected from a book which has the subtitle of “A manifesto of sorts” in that ideas may be presented which then don’t really carry through to the “declaration” aspect of an actual manifesto, playing much more to the “of sorts” bit. There’s just no commitment and really getting behind anything as shown no better in Chapter 20 where he says, “I score wines, but I don’t like scores.” That’s not really a stance one way or another.

I’m rather surprised by all this given that Jamie Goode’s last full-length book (besides his foray into fiction), “Flawless” was much more in-depth and continues to be a go-to reference in terms of understanding wine faults. I don’t find that sense of authority, despite a lot of the text feeling like it’s talking down to me. While there are perhaps some scattered portions on natural wine that people may enjoy, I could never find a real thread, overarching theme, or really anything to grab on to and sadly feel as if I’ve come away from reading it with nothing more than I had going into it.

Again, for those who follow and enjoy his Twitter and blog, this is a light read that will most likely appeal to them along the same vein.