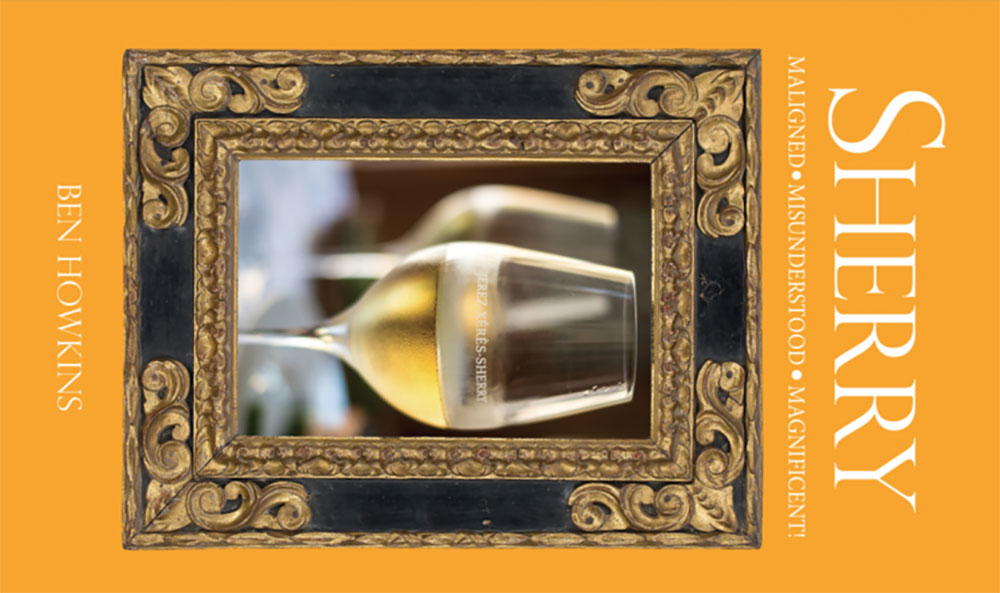 Watching a webinar on Sherry recently, the host made the most salient, yet cutting of opening comments, “Like most people in the wine trade, you probably all love Sherry but despite this, it’s a tough sell.” This has been the eternal question for anyone who does love Sherry which is, “How can we convince other people of all its amazing traits?”

The answer to date as been to publish as many books about these unique wines from this Andalusian region of Spain. More text surely would equal more acceptance by the sheer force of word count on the subject, no? To some extent, yes and wine professionals have definitely become more knowledgeable about Sherry. This would in theory mean more people drinking Sherry as everyone in the wine trade works to convince them of how delicious it is and how well it pairs with literally anything. This hasn’t exactly played out as such although we are seeing small growth in certain sectors such as en rama and upper-end or single vineyard Sherries–given all that’s gone against the drink, this is a admittedly small yet important victory.

But, after something like a decade of books on Sherry, if there’s one thing we probably didn’t need, it was another book on Sherry. I mention this as it very much stunted my desire to look at this new book from the end of 2019, Sherry. Maligned, Misunderstood, Magnificent! from Steven Spurrier’s revitalized Acadamie du Vin Libary. What more could really be put to text in terms of Sherry that hasn’t already be said? As it turns out, a great deal, and Ben Howkins very well-penned book is ultimately a welcome addition in terms of knowledge and insight that I’ve seen in few other books except for Julian Jeff’s seminal and constantly-revised book.

What Hawkins succeeds in and manages to do more uniquely than anyone else is fleshing out the amorphous mess as to what Sherry actually “is”. Being British, he very well understands that the perception in his home country is and remains that Sherry “is” the dastardly “Medium” and “Cream” categories that are sweet, bland, produced in great quantity as stalwart labels, and have no resemblance to what is drank in Spain. But, he also understands true Sherry (in all its various shades), as well as what it used to be over the last century. He covers where it took right turns as well as the very wrong turns to get to the point where we are.

I started out expecting to see the same old ground covered but Hawkins is very aware of the other books in existence so he tells his own take on the history of Sherry and, despite my having read all these other books and having done the “Sherry Educator Course”, I learned a great deal from this book. Hawkins grasp of the subject shows how incredibly skin deep and limp the Baiocchi book was because she simply didn’t do the research that Hawkins appears to have at his fingertips and you feel at ever comma and turn of the page.

If you’re looking to learn more about the pagos and single vineyards, that’s in here. If you want to learn more about what brought about a massive collapse of the traditional Sherry winemaking due to the squalid business dealings of José María Ruiz-Mateos, that’s covered in exceptional detail and was the chapter I read most closely.

Where I expected the book to really go flat was in profiling various cellars and companies, but again, this was actually quite interesting as Hawkins went to great length to break down the wineries into the old, venerable beasts like Barbadillo and Lustau, and then the more boutique producers such as Tradición, El Maestro Sierra, and Urium, and then even more granular detail about non-producers (négociants, sorta) like Equipo Navazos and Viniberia who release unknown gems to the world, one barrel at a time.

The two chapters that cover the producers is splendid as I’ve rarely seen a) a proper breakdown that helps one to understand what kind of producer they’re dealing with when they see it on the label and b) text describing them that presents a thorough and firsthand-researched analysis of what the producer is doing. I bring up this second point as often “profiles” in wine books can feel like they’ve been hastily scraped from a company website, but I don’t get the feeling of this at all here.

For all the solid worth there is in the book, as with any creative endeavor, there are perhaps a couple of aspects that could have been a bit better. My main issue is in terms of layout and making first 2/3 of the book a bit more spread out. It’s dense and while a great reference, I can’t see any casual drinker just bopping through this section as there’s really a lot of information to take in. Other books have put more into design and incorporating white space which I found unnecessary as they then often skimp on content, but now that I’m seeing excellent content that’s rather crammed and boxed in, I can easily see the reason for letting it slide over a few more pages.

The book does fall prey to what has seemingly been the problem with all Sherry books in that there are some random chapters in the latter part of the book that always feel tacked on. “Fatal Attraction”, “Sherrypaedia”, and “Great Expectorations”, while worthwhile topics if on their own, don’t serve a great deal of purpose in the overall flow of this specific book. “Fatal Attraction” made me a bit uneasy overall as the lead photo has two young, local girls looking at the camera and this whole chapter gives that feeling (as well as some other bits of text that paint the Sherry region in an exotic, colonial manner) that the author could be found lounging around Sanlúcar de Barrameda lecherously staring at the pretty young things he sees and I’d like to think that wasn’t his intention.

The “Fifty Shades of Sherry” at the very end where a series of wine professionals give a brief statement of their opinion on Sherry had absolutely no purpose other than to bump up page count for little gain as the arguments they state in favor of Sherry were all made previously in the book and are what all professionals keep repeating anyways. Additionally, they’re almost exclusively from British individuals and while I very much realize that the United Kingdom has a history with Sherry spanning literal centuries, if you’re going to have a section like this, a few more global and diverse voices would be welcome and freshen things up.

The “Tapas, Cocktails and Styles” should have been longer or stretched out or just generally added to and rethought. Again, unlike the Baiocchi book with oddly-shoehorned cocktail recipes and tapas, I feel like there’s real ownership of the material in this chapter due to decades of visiting the Sherry region and it could have been fit in with the preceding chapters (up to and including, “The Man Who Broke the Sherry Bank”) in a for more lucrative and beneficial manner instead of being wedged in with these other chapters at the end that serve little purpose.

My nitpicks admittedly are about a minor portion of what is an overall, very, very good book on Sherry. I wasn’t expecting to have found such a worthy book in a such a crowded field, but it adds more to the story of Sherry and should be an immediate addition to any wine book library.

A book review of “On Bordeaux”

A book review of “On California”
X