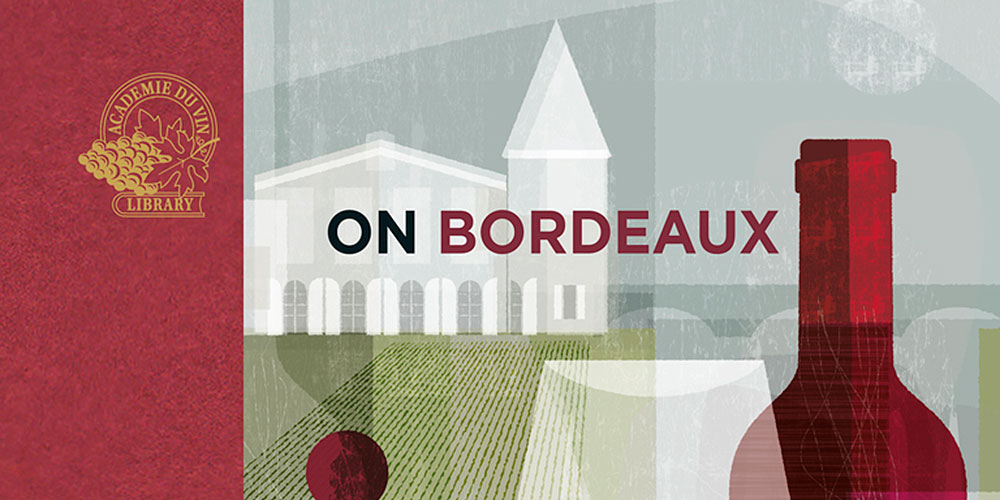 A book review of “On Bordeaux”

If there is one abusive phrase towards literature above all others it’s, “Don’t judge a book by its cover”. Thankfully, when it comes to the new book, On Bordeaux, I would say that you can actually judge this book by its cover. In switching over to a hardbound, Zoom-bookshelf-background-quality binding, the Academie du Vin Library has created an absolutely beautiful book outside–that lives up to it on the inside with a selection of essays by the most knowledgeable people about Bordeaux that have ever existed.

Admittedly, I was somewhat confused upon receiving the book as I was under the impression that Steven Spurrier had fully written it. When starting to flip through, my shoulders sank a little as I saw that it’s actually a collection of works by various authors each framing in their own vignette of sorts about Bordeaux. Having never been a fan of “vignette films” (The Ballad of Buster Scruggs, Paris, je t’aime, etc.), I was very concerned that I’d be finding something much the same here as it’s a really the rare multi-author book that tickles my mental bits.

On Bordeaux succeeds on this front however and it does so, mightily. The various sections weren’t just unevenly slapped together, but laid out methodically under different themes and eras by editor, Susan Keevil. In a follow up correspondence, she told me that it took somewhere around six months of research and digging through archives to source all the historical pieces that she eventually assembled here.

This may seem like it was an excessive amount of time, but there are pieces in here from 1833 all the way up to 2020 (written specifically for this book) with a great many years in between. But the work isn’t just laid out in chronological order. Yes, there’s a great deal about the history of Bordeaux, but there are various themes such as “A Region at War”, “The Powers of the Vintage”, and “Bordeaux Enters the Modern World” as well as detailed essays on each of the most significant First Growth domaines of Left Bank, Right Bank, and Sauternes–this last one of course meaning, Château d’Yquem.

There are many, many very qualified wine people whose text has been included in this book. It starts with the introduction by renowned Bordeaux expert, Jane Anson and continues on with countless more including some of my favorite pieces by Hugh Johnson.

For a bit of humor and punch there are some pieces by Joe Fattorini. I’m not sure if it’s because I’ve read them in various forms previously and somewhat “know” them (for instance his running the Bordeaux Marathon was done on The Wine Show) but they didn’t quite have as much punch as I’d been used to in Joe’s work. Still entertaining and lighthearted, though.

What’s more important about this collection is that it does something to Bordeaux that I’ve rarely felt which is to give life to it. If you’re someone like me who has studied all wine regions, Bordeaux can come across as this large, faceless, unfeeling wine machine at times as you memorize each part to it. What we have here are human stories that help flesh out the region, for instance I loved learning that in 1942 Baron Philippe de Rothschild fled to Spain across the Pyrénées and ended up in Besalú (a beautiful village in norther Catalunya totally worth visiting). I never knew this, nor really had an appreciation for what Bordeaux went through during World War II.

Even though I immensely enjoyed the book, the only issue I had with it is that the articles are almost all written by men with only 8 of the 47 written by women, but honestly, this is a segment of the wine trade that’s long been dominated by men. It is changing however and the effort by the editorial team to include great essays by women wine writers (including two from the 19th century) reflects that change and how it will hopefully continue to evolve going forward.

If you’re a fan of wine and have found yourself “bored of Bordeaux”, I really recommend checking this book out as while reading it, I actually wanted to open up a good bottle from Bordeaux which is something I can’t recall having said in ages!

A book review of “Southern Spirits”

A book review of “Supra – A feast of Georgian cooking”