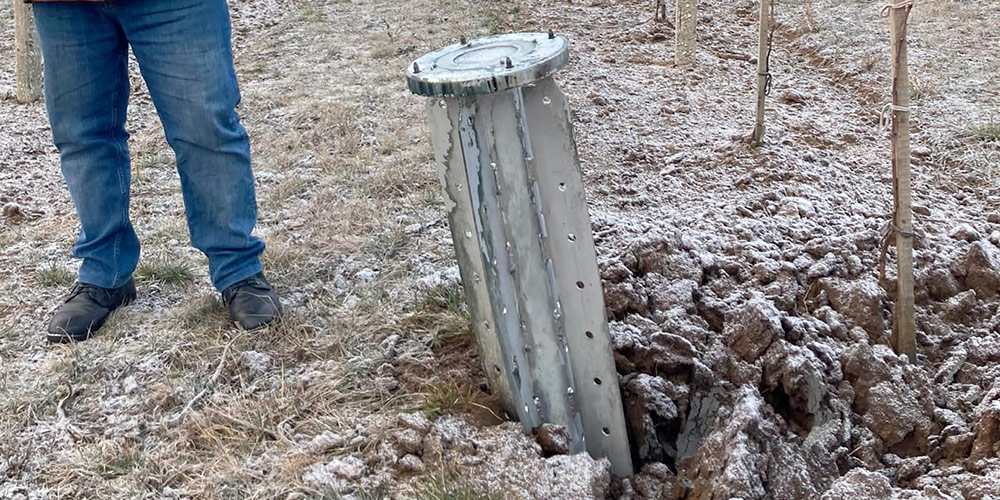 Most of the territory of Ukraine has been scarred by war because the Russians have been actively destroying civilian infrastructure and this fate hasn’t spared the wineries of our country.

Since the beginning of the Russian invasion of Ukraine, the sale of alcohol has been forbidden in our country [editor’s note: it restarted in some regions, April 1st], so any income stream towards wineries has stopped. Some business owners admitted that the last sales they made were on the 23rd of February, the day before war, and since then, zero. In addition, the work of almost all companies was also stopped due to a shortage or absence of employees. The men have either volunteered to join the army or were called up in the reserves. Many employees simply left for other parts of Ukraine or other countries, fleeing the war. And those who stayed are often simply too afraid to go to work, because the road can be very dangerous, as the Russians are actively shooting civilian cars on the roads.

At what was nearly the very beginning of war, the Hostomel glass factory near Kyiv was destroyed. This was one of the leading manufacturers of glass in the country, which served the needs of many local wine producers. Now even those producers who are in the safer regions won’t be able to bottle their wines due to the lack of bottles.

About a week ago, the family winery Kurin (which also included a popular guesthouse and restaurant), located in the Kherson region in the south of the country, announced that their winery was first ransacked by Russian soldiers and then completely destroyed. Everything was burned to the ground. Representatives of the winery had been stating that only the vineyards remained, but the owner of the winery has recently posted a photo with mortar craters on his vineyard lands indicating that those have been heavily damaged as well.

While not a winery, the owner of Berryland Cidery, which was located not far from Kyiv, also announced that their production facilities were completely destroyed.

As you know, Russians also destroyed the warehouse of our company, Goodwine. The warehouse kept wines from the best wineries in the world, totaling 15 million euros in value. Rare, exclusive wines were destroyed because of Russian fascists.

Another winery which is located in the occupied Kherson region said in a private conversation that military activities are happening in the area where the vineyard and the winery are located. Their wine store was under fire and had been completely destroyed by the Russians. They’ve ceased all work and troops now occupying their premises. Absolutely no one knows what’s happening inside the building.

A mine hit the building of the Cassia family winery, located right outside Kyiv. The upper part of the building was badly damaged. Now this area is shelled by Grads [rockets] non-stop.

The owners of a winery located near Mariupol (which has been under siege from the start of the war and is now essentially obliterated) spent about two weeks in a bomb shelter without electricity, heating, food, and water. They were able to escape from the city, but they do not know what the condition of their winery is or if it even exists anymore (probably not.)

In recent years leading up to this war, craft, small-scale winemaking has been actively developing in Ukraine, including in the eastern regions. Unfortunately, one of these winemakers has recently died. Oleksii was a man producing wine in Dnipro, a city in the eastern part of Ukraine. He had volunteered to defend his homeland.

For the time being, the situation is a little bit better with producers located in Odesa and Mykolaiv regions. Despite the fact that production has stopped and neither bottling nor shipments are happening, many people are trying to continue working, at least as far as the vineyards are concerned. One of the largest wine companies in the country, Shabo, is still performing the necessary seasonal work on its vineyards and they’ve been working with a large charitable foundation supporting local volunteer initiatives. Despite these efforts, even wineries that are not in the territories of active Russian military aggression cannot export their wines, since countless access roads are simply blocked.

While the vast majority have stopped their normal activities, many of the business owners and their employees are actively involved in volunteering, helping the country in all ways both possible and impossible.

Sergiy Stakhovsky, the owner of the Stakhovsky Wines and a world famous tennis player, voluntarily joined the ranks of the territorial defense of Kyiv. His winery is in Western Ukraine but due to the shortage of bottles he could not bottle his wine so he decided to defend his country instead of being idle.

The Beykush winery in the Mykolaiv region is also actively involved in volunteer activities, purchasing and providing for the army and territorial defense.

Father’s Wine from Ternopil donated large stocks of empty bottles to make the so-called bandera smoothies (Molotov cocktails) for the needs of its own community. The same was done at the Don Alejandro winery in the Odesa region. Here they gave almost everything they had to be “hospitable” in case of a potential visit from the Russians.

Kolonist winery also in the Odesa region meets and hosts people who try to cross the border into Moldova. At the winery, people have the opportunity to warm up, drink tea, and eat.

Chizay winery in the Zakarpattia region has opened a charitable foundation that is collecting funds to support people coming to Western Ukraine from the war zones in the east.

Employees of the company 46 Parallel, in cooperation with restaurants, have been providing hot meals to hospitals, territorial defense, and refugee centers.

War is the worst thing that can happen to humanity. But we believe that very soon you will be able to see the letter “V” on the labels of the Ukrainian wines of the 2022 vintage, which will mean victory!