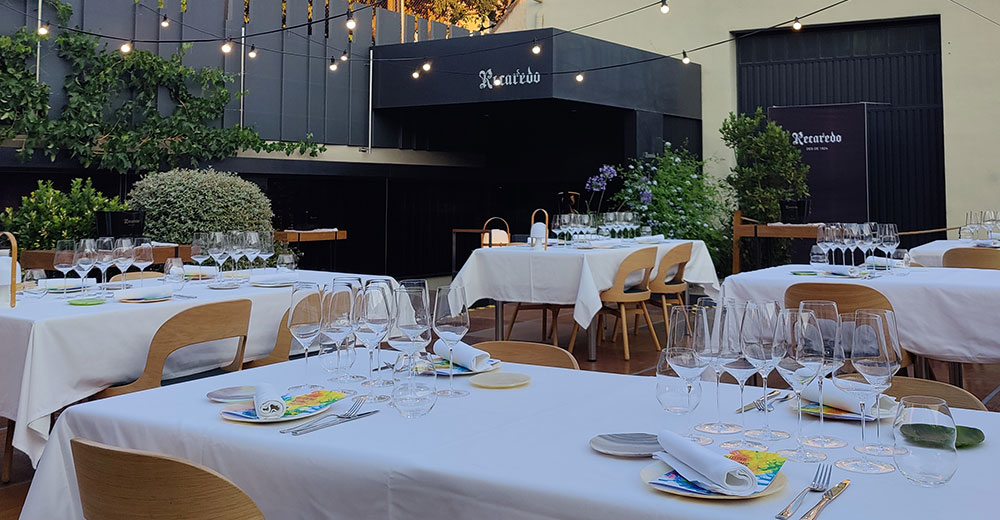 If you read the news lately, it can seem like the world is falling apart. This is why it’s important to take a minute to look at some positives as there are some good things to have come out of the pandemic, however small they are in comparison to the tsunami of bad.

One key change is how wineries started to get more creative in how to sell and promote wines during the pandemic. Wineries didn’t suffer terribly much as drinking at home (which admittedly sounds sadder than it actually is) grew a great deal to more or less balance out the sales from the loss of HoReCa channels. Of course there in HoReCa, they took a massive beating that is perhaps only starting to let up now.

Good wineries aren’t stupid and those in Corpinnat knew that they couldn’t just set their restaurant clients adrift on an iceberg. Once restrictions relaxed, these restaurants would need to still be standing which is why in 2020, when Spain allowed outdoor dining, Recaredo and others started hosting restaurant pop-ups. They invited top chefs and their teams to cook meals paired with their wines in the open space of their inner courtyard in Sant Sadurní d’Anoia that met health requirements. The restaurants were able to realize billings, the wineries moved some wine, and most importantly, diners had a smashing good time.

It worked so well that they continued in 2021 and branded it as the Corpinnat Festival Gastronòmic and involved all the wineries within the group to host various pop-ups. It was a rousing success with nearly 2,500 people served during the short run during the summer. Clearly, this format had grown legs.

Now in 2022, they’re running it again with 50 nights of dining in total spread across the 11 cellars that are running from June 15th to July 31st. Admittedly, for anyone in the area now and reading about this, you will nearly be out of luck as the Festival Gastronòmic has gotten to be a hot ticket and almost all the seatings for every dinner are sold out which just a scattering of nights left at the very end.

Thankfully, Recaredo invited a few people to one of the dinners cooked by Oriol Rovira of one Michelin-starred Els Casals. I’ve never had the chance to eat there as it’s a bit of a drive northwest of the town Vic. But I do know of the family well as Oriol’s brother and sister manage Cal Rovira, one of the best butchers in Catalunya as they have their own herds that we were originally told about via another restaurant. During the pandemic we’ve ordered their incredible meat (online ordering being another positive aspect of the pandemic) and had it delivered to the house.

As to the meal that evening, it was tremendous. Everything was made in house and with their own ingredients starting with the paté and sobrassada, followed by these massive plates of homegrown tomatoes draped with stunning local anchovies, then a charred cabbage with duck liver inside (apparently a specialty of theirs), and roasted pork. This was paired with the wines of Recaredo and for my group, an additional pairing of wines from their Celler Credo project that produces some of the best Xarel·lo wines there are. I don’t know how many plates there were in the end, but there were 13 wines (that sadly had to be spitted due to driving) and it was an experience, finished by the 2008 and 2012 of their acclaimed Turó d’en Mota. It’s why this event has become so popular, even if it meant arriving home at 2:30 in the morning and I wasn’t even the last to leave!

If curious to see how it all played out, have a look at my Instagram. My mother in-law claims it’s the best meal she’s ever seen and she’s an exceptionally hard critic.

The level of everything at these dinners is incredibly high as Corpinnat producers have been very aware since leaving Cava three and a half years ago they the onus was on them to show that they could offer something distinct. This Festival Gastronòmic has proven just that with top-notch service and the best restaurants in the region serving their signature dishes.

I’m certain they’ll be doing a third edition next summer and if you can plan a trip to Catalunya that coincides with this time frame, I can’t recommend booking one of the dinners as you won’t regret it.

Meal and wines were provided Recaredo at no charge. Travel expenses were covered by Hudin.com