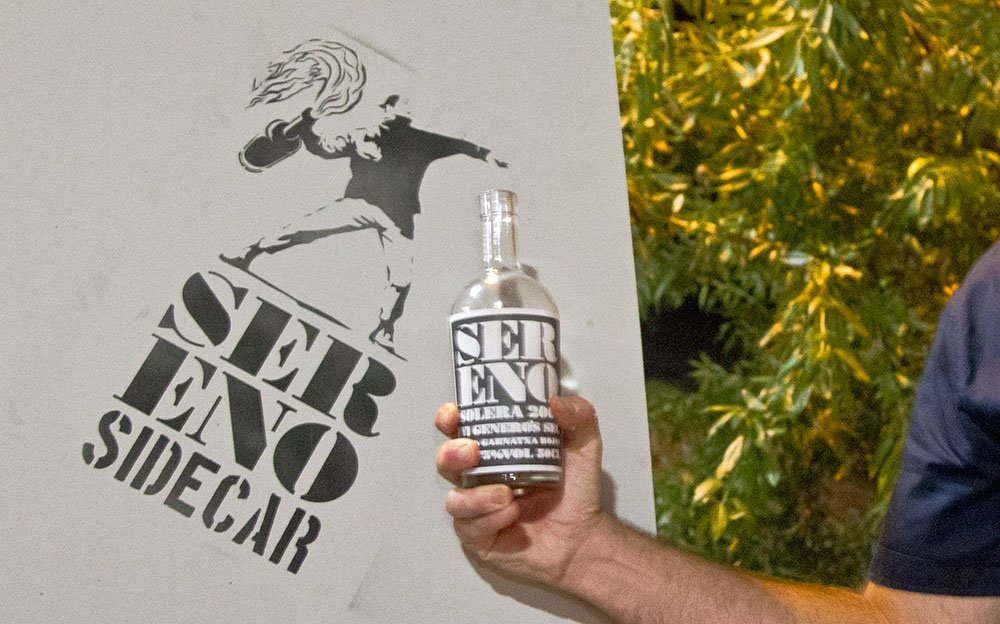 Sereno Sidecar: The cocktail is real

It really wasn’t meant to be originally. While ensconced in the “Fortress of Solitude” (a rather isolated 11th century Catalan farmhouse) working on the Empordà guide we’d take a break here and there to do other things–namely, make cocktails.

Beyond perfectifying (bound to be a word someday) classic cocktails like Manhattans, Gimlets, and the Catalan favorite: GinTonic, new creations emerged such as the Sereno Sidecar (which they pronounce Si-De-Car in Catalunya). As detailed in that article, it’s a less strong take on the traditional Sidecar which replaces the Cognac (at 40% abv) with vi ranci (at 15-18% abv). There’s also the addition of bitters and a basil leaf garnish to round everything out.

I believe it to be a solid glass of yum and cry foul and all those who do not.

Well, it made its way around the Twitterz and the fantastic Almadraba Park Hotel said that they were going to start serving it in their cool Raspa&Wine bar. We thought they were joking, but when Josep Serra i Pla (of La Vinyeta where Sereno is made) and Marta Pedra i Blasi (of Vins de Pedra) had their wedding ceremony there, they saw that it was indeed on the menu. It was especially a surprise given that the Sereno is officially sold out.

But, it doesn’t stop there as I offered to make the cocktail at Josep and Marta’s recent evening wedding reception. I thought I’d just be shaking it on the edge of the bar but no, Josep’s amazing designer brother Lluís (of Senyor Estudi) actually made up the graffiti stencil you see in the photo with a Sereno bottle being thrown as a Molotov cocktail. I initially was a bit concerned that with such build up people would think my little concoction was crap, but it went over really well.

Where will the Sereno madness end? I’m guessing this might very well be the pinnacle of its success, but there are other wine-based cocktails in the works. Any ideas to toss in the hat? Any traditional liquors that might make the cut? Join in the conversation below!