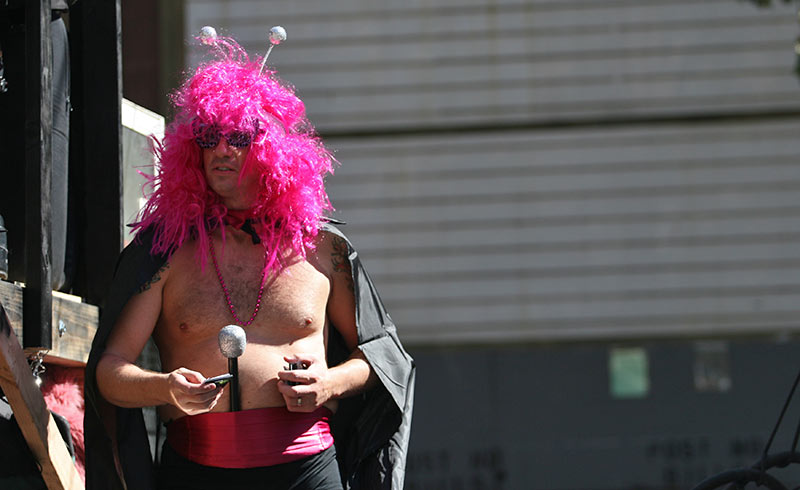 One year at the San Francisco Love Parade...

Natural, assholes, & how to get attention in wine writing

It’s preferable to sit in the sidelines of wine and social media to let the bits retweet as they may. But what happens when you do actually need to stand out and “use” the internetz to your advantage? Well, about the only way these days is to stir up the hornet’s nest a bit and in the wine world there are a few topics that do this exceedingly well.

We saw this the week before last with an author who just released a book and wrote an op-ed on the New York Times to coincide with it. This is pretty commonplace these days wherein an author (I assume with their agent’s urging and connections) will take some chunk of the book and whittle it down to a spicy, lively column that teases you into buying the book. Think of the op-ed as essentially the movie trailer for books.

In this case, the article flared up many in the wine community, even some who thought the author was a friend as it espoused the fact that industrially-crafted wines do indeed have their place and we should stop ragging on them. It’s an obviously toxic topic, but I was shocked to see so many writers take the bait and respond to it. It put me in a weird sense of being wherein I was agreeing with those I otherwise share nothing in common with.

I’m mentioning this because if you’re in need of attention in the wine world, you can do this too! Wine is so incredibly simple in being just fermented grape juice. But then we go and heap so much allure and mystique upon it that it takes on the trappings of a religion. And, what do we know about religion? It’s extremely subjective and personal so if the right string is plucked, you can fire up anyone and although this may get you attention, it may not be the attention you want. Your family will indeed remember that Christmas meal where you told your closet Nazi sympathizing grandmother to shove it, but is that really the kind of memory you want sticking around? I generally think not.

The most elicit example of this in the wine world is natural wine. Jesus. You say anything against the core tenets of “grapes shall nigh be toucheth until said wine hitteth thine lips” and you’ll immediately get the natural wine squad throwing their shoes at you. Why? Because while I happily agree with a lot of the ideas, the more druid the admirers, the more locked in they become to these religious aspects of natural wine and thus, you are insulting their faith.

It also works with wine personalities that people don’t like or make for polemic debate. Sometime back, Blake Grey posted what seemed like a silly article. In the follow up, he explained that it was simply a test to see if people got fired up when mentioning Robert Parker’s name. Turns out that they do despite how much people say that his scores don’t matter anymore. Why does this work? To quote the previous incarnation of Stephen Colbert, “Opinions are like assholes, mine’s the best.” It’s all subjective with no right answer. There are people that love Parker and people that love to hate Parker. Take one stance or the other and you’ll quickly find yourself “going viral”–or at least you used to.

And this is the thing, as long as wine is given this exclusivity wherein you’ve simply not understood Wine Jesus until you’ve sipped a 2005 La Tâche, then you just don’t understand. Oh, you can’t afford La Tâche? Well then I guess you’ll just be left questing after it, trying to imbibe vicariously through those who have, these priests in our vinous temples.

You dare speak blasphemy? Heathen! You shall be smited by those who administer our meaningless preaching, although admittedly, you may just sell a few books along the way so as you like, it’s all just booze anyways.

One response to “Natural, assholes, & how to get attention in wine writing”