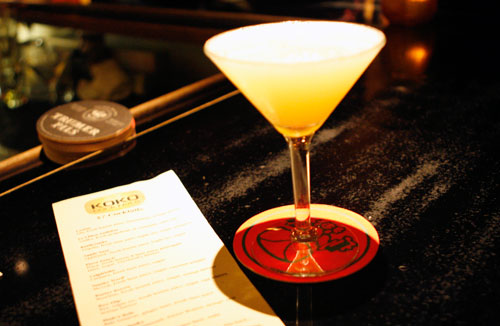 Yes dear friends, we heard it a few days ago and although we were hoping it wasn’t true, it’s now official that our beloved neighborhood bar, Koko Cocktails is indeed closing. Their final night will be July 30, and they’re throwing a big party for the occasion (insanity guaranteed.)

Many of us in the neighborhood have known that they’ve been in a tenuous position since last year when the CPMC took over their building to demolish it along with 2/3 of the block. So, it was a month by month state of existence that we were all hoping would keep getting prolonged, but it appears that their time has finally come and this July will be their last month of operation.

Of course, for those of you who have been following along, that wonderful thing Lori, Justin, and Chris have been doing will (finger’s crossed) be moving over to their new Hi-Lo Lounge at 1423 Polk Street (with the addition of a day-time coffee kiosk). That’s of course fraught with peril as well, given that the ABC has a current policy of “eh, whatever” when it comes to doing anything these days. And, as we observed at the last Lower Polk Neighbors association meeting there is a huge number of person (that’s not a typo) that is going against the neighborhood association’s vote and fighting their move tooth and hoof despite heaping piles of community support. It makes us wonder if the “NIMBY sour” or “Bitter NIMBY” wouldn’t be appropriate drinks on any future menus.

Koko, you will be missed. We will have to honor you by drinking a good deal more in this two week march to your unfortunate demise.