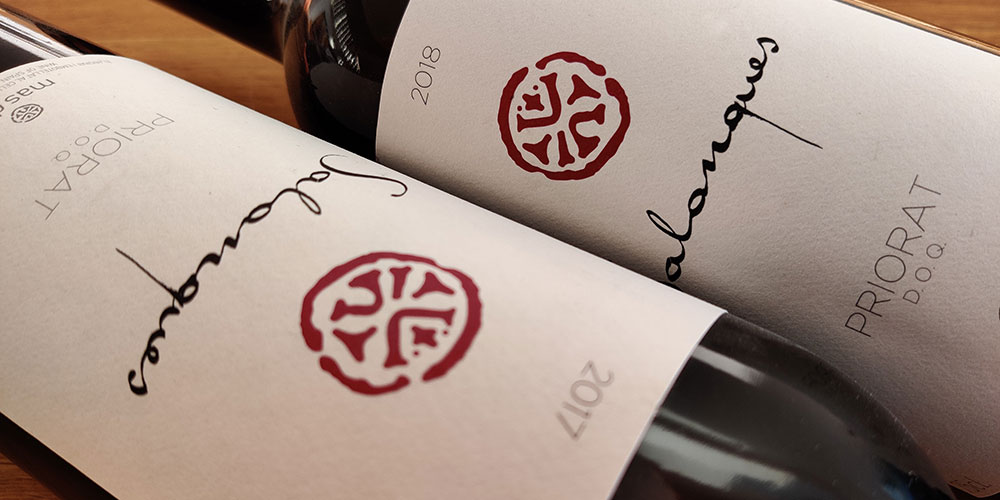 A typical question people often ask me is, was so-and-so a good year for wine? It makes sense as while you can make wine literally anywhere in the world, actually growing grapes is a touch trickier and all comes down to how well the factors of the growing season, aka the “vintage” allowed you to see things through.

There are rare instances when the vintage is completely unimportant. I remember a tasting in Napa Valley two years ago where they pitted the 2015, 2014, and 2013s against one another. For most every producer, these were quite different vintages (my favorite has been the 2014 for some time btw) but there was one that I tasted in which I realized that the wine was exactly the same but only slightly changed due to each one having been in the bottle different amounts of time. So yes, you can do enough work in the cellar so that the year doesn’t matter, but it’s much more the rarity than the norm and honestly, I have no interest in drinking this kind of wine.

DOQ Priorat is one of those regions where the vintage is exceedingly important, dictating more about the forthcoming wines than any other factor. And, the vintages can be wildly different from one another. For instance, 2013 was a classic vintage with long aging capability and great fruit definition. 2014 on the other hand was cool and rainy during the harvest; what wines that still have life to them are only starting to see it now.

This is why I find it interesting to taste two wines from the same cellar but from different years. In this case, due to my annual tasting of DOQ Priorat [view the latest 2021 report], I ended up with both 2017 and 2018 wines from Mas Doix. While the winery has recently changed winemakers and moved into a gorgeous, new cellar, both of these wines were produced at their old location and by the previous winemaker who had been there for a decade. So, everything on the cellar side was stable and allows us to take stock of two completely different years from one another.

Let’s start with the 2017 which was a damned hot year. I was still living in the village of Porrera then, which borders Poboleda (where Mas Doix is located) and I remember taking my dog out for his evening walk to see the bar regulars sitting around the tables outside like wilted vegetables. One, with his arms hanging loosely at his side simply said, “Hot. Hot. Hot…”

That was a day in June which hit 43C. The month was 2C higher than the average and in general, it was a hot year throughout. We had 25% less rainfall than average (whatever that means at this point) and the nights got slightly cool but weren’t cooling off like they normally do. Lastly, the majority of the rain came in the late fall months after the harvest. To re-quote the bar regular, “Hot”.

This year had all the makings of being the hot sticky mess that 2012 was where most of the resulting wines turned out pruney with a great deal of cooked fruit, low acidity, and simply no ability to evolve. But… that didn’t happen. No one really knows why (perhaps it was having dealt with 2012) but you don’t find blowsy, massive wines from 2017 in DOQ Priorat. There’s a great deal of elegance to these wines and while alcohols are usually running higher than say, 2016, they’re not as high as 2015.

There is definitely a “darkness” to the wines and you see it with this Salanques 2017 in that it’s dark fruit dominated with a lot of brooding, earthy notes to it, but the fruit isn’t cooked and on the palate and there’s plenty of acidity to really take this wine places if you want to age it. That said, you can drink it immediately and find yourself in a happy place.

Then there’s 2018 which is literally the polar opposite to 2017 on all counts. It was a damned wet year with 150-200% more than the average rainfall. On top of that, it was humid, muggy, and just generally unpleasant. Wineries with more coastal influence saw some fungal problems, but they didn’t see the cooling aspects to go along with it like was the case in 2014. Villages more inland like Gratallops saw that this humidity was really to their benefit and helped to balance the heat.

Across the entire region of Catalunya and even up into Southern France, I noted that a lot of 2018s had this reedy, bamboo quality in their youths. It would tilt towards a bit of being underripe and for those using stems, I think it really caused a bit of an issue in terms of this hard, chewy greenness getting into the wines initially. As I noted in the 2020 Priorat Report, top-end wineries like Clos Erasmus saw this greenness early on, to then see it burn off by the time the wines were bottled.

The stems and whole cluster fermentation issues are interesting to note as I never found any green aspect to Salanques 2018 and they’re not using stems (or at least not using much) during fermentation. The result is a wine that, while still dark fruited, carries a lot more herbal notes to it. Having tasted it back in June and now, five months later, it’s even developed a sweetness to to the wine.

Other people tasting the 2018s from the region starting talking about “freshness” early on and this just kept getting repeated, but it’s dead wrong as it was actually a warmer year than normal with a hotter July, August, and September. This isn’t “freshness” in the sense of lighter body and higher acidity that everyone yarps on about these days. No, this is an aspect to 2018 that makes one think of the wines in terms of being close to the soil, like they were held down as opposed to 2017 where they were opened up. The 2018s in turn have taken on all these herbal, floral notes and even, as I said, this sweetness that could be classified as a type of minerality.

So we come to the big question of course which is, “What’s the ‘better’ vintage between 2017 and 2018?” The simple answer is that 2017 is ready to drink now and 2018 still needs more time. That doesn’t mean it’s “better” though as 2015 was also ready to drink as soon as it was bottled whereas 2016 needed (and still needs) more time. The difference again is that 2017 can indeed age as it magically pulled off being what I call a “sleeper year”.

2018 is going to be interesting. There’s definitely the issue that some top wines were not made for this vintage and certain villages won’t have wines that will open up. So the issue there is in knowing which wines to pick up from 2018. But, as you can see when looking at raw scores, there are great wines from both 2017 and 2018, but, as shown by these two bottles of Salanques, they’re worlds apart in terms of profile.

Still not sure which you should get? Well, you can probably find both vintages on the market currently due to the hospitality shutdown and you can run this experiment at home! All feedback welcome.