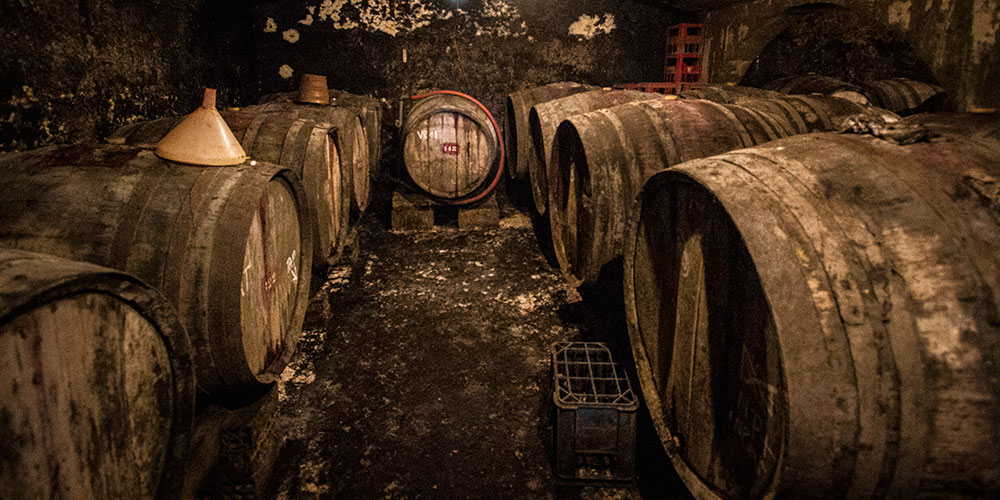 I love you natural wines, but someone has come between us

As far as I can tell, any religion that has succeeded has aimed to be inclusive and had a defined set of rules perhaps carved in stone or at the very least garnered from some enigmatic book. Most everything short of that has been what is usually called a cult, has a generally short-lived following (at least in the scope of overall humanity) and is shunned by the population at large. It’s this second one which is the point I am at with “natural” wines.

I’m quite annoyed that it’s come to this with “natural” wines as that natural part (without quotes) I am quite fond of, very much attracted to, and drink regularly. It’s the part where it’s necessary to en-quote the word where it all goes to shit. You see, for those not familiar, the basic tenants of a “natural” wine should be:

I’m so down with all of this that I can’t tell you. The wines I’ve tasted and indeed imbibed in great quantity generally gravitate towards these rules of winemaking. The issue though is that they’re not cast in stone and thus are incredibly flippant. I won’t go in to extreme details as they bore rapidly but the last item on the list you the consumer of wine should have a problem with.

Unless you’re buying the wine at the winery to then be store in a cellar with controlled temperatures at 12-14C and then be consumed rapidly, not adding sulfites is asinine because your bottle will spoil, or go through some additional fermentation, or do something else that will not make it wine. Sulfites, as much as they are blamed for headaches (which is false) and the like are very much needed in modern wine. The amount is the real question though as I’ve had wines from Armenia that were made just for export and opening them was like sticking my head in a smoldering volcano. Some of these wines were designed to last through a nuclear winter and they vary a great deal from say Mas Martinet in Priorat who do everything else in the “natural” way but put so few sulfites in that they don’t even need to state “added sulfites” on the label. Yet, their wines are not considered “natural” while some “natural” winemaker, who doesn’t add them and whose wines are potentially unpalatable, are.

All of this is the long way to state that the “natural” wine movement is all over the map and again, while I’m a big fan of the overall idea, the cultishness of it is ridiculous. Simply put, if you don’t adhere the most extreme aspects of worshiping “natural” wine, you are not a believer and thus to be ignored and this is why I’m done with with giving a damn what anyone in “natural” wine has to say as to me they sound far too much like born-again Christians in the US to pay any heed to given that you generally need to either be Alice Feiring or have a good deal of facial hair and sleeve tattoos to join the club. You can get around this if you’re a winemaker, but then you need to be offputtish and/or seem generally stoned like the Catalan winemakers at the recent “fair” H20 Vegetal (because drinking natural wine is as good for you as drinking water, get it?) in Pinell de Brai which was announced as being on a Friday but actually it really wasn’t, it was a Saturday and “Hey, why are you all asking about the fair today, because the flyer said so? We’ll start after the soccer game in an hour or two, oh wait, it’s not even open to the public really today even if you did drive two hours to get here as we were just planning to grill sardines, dude.”

Again, don’t get me wrong, the general concepts behind “natural” wine are sound but as Eric Asimov stated in 2012:

…the word natural is nebulous and ill defined. Nobody knows exactly what it means, least of all its partisans, who seem to have little interest in specifics and codification.

And Mike Steinberger said back in 2010:

The biggest problem, the one from which all the others flow, is that “natural” is a completely subjective designation.

People in “natural” wine attack these kinds of statements primarily because I believe that they know they’re true but don’t want to admit it. This movement has fallen in locked step perfectly with the enduring hipster movement because it too is non-defined and thrives on contradicting ambiguity. This is no better shown by Bar Brutal in Barcelona which is a hipster-adored “natural” wine bar that advertises in the magazine of Spanish budget airline Vueling –because, that’s cool, you know. I won’t set foot in the place as it’s all scene and the triumph of trend over substance. While just around the corner is L’Ànima del Vi which is also a “natural” wine bar run by a Frenchman named Benoît who is simply a wine lover with an orientation towards this “natural” thing and much like myself he just wants good wine. What he serves is indeed good wine that doesn’t slip in to that overtly vinegar-esque quality that the Brutaloids believe to be a sign of truly authentic natural wine as opposed to what it actually is, badly fermented grape juice, oh, right, “vegetable water”.

If this cultish attitude of “natural” wine people continues and I see no reason why it won’t as hipster trends never seem to die, the movement is wholly doomed. There are already some winemakers who make organic wine and more or less, “natural” wine, but they don’t state it on their bottles as they don’t want to be associated with this group due to their general all-or-nothing of whatever-we-say-it-is approach. No religion ever won followers by telling people to piss off. That has only started wars.

2 responses to “I love you natural wines, but someone has come between us”