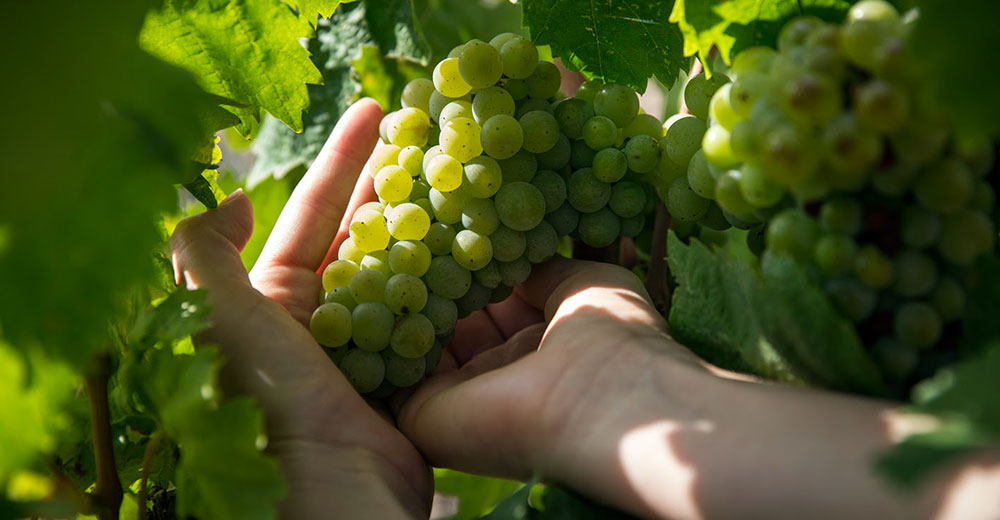 It has finally been announced in the almighty, Official Spanish State Bulletin (Boletín Oficial del Estado) that Carinyena Blanca (White Carignan) will be allowed for use in DO Empordà starting with the 2020 harvest, making this the first DO to allow use of this grape variety in all of Spain.

As I wrote in the middle of last year, there’s been a great deal of ongoing work by 12 producers to get this grape authorized and recognized. As if often the case, it’s been around long before the DO was even formed in 1975 and there are in fact 100 year-old vineyards in the region that are mostly Carinyena Blanca although mixed plantings are quite typical. It was essentially a historical error that the grape wasn’t included in the authorized list from the start but the problem is that the grape was never actually an allowed grape at the Spain level and this always makes things a good deal more complicated.

If a DO like say, Rueda wants to add Syrah to their list of permitted grapes, it’s just a small amendment to the regulations and boom, done, DO Rueda can now compete with Côte Rôtie and Barossa Valley. Adding in a grape not permitted in Spain requires going all the way up to the top to then have it trickle back down via various departments of the state. Thankfully it’s a grape that’s permitted (albeit in small quantities) in France because if the grape isn’t even allowed at an EU level as is the case with Escanyavella, you’re basically trying to get to Mars on a tricycle.

The wines I’ve tasted from the Empordà are definitely the best varietal versions of the wine that currently exist and I was invited to a panel discussion by the DO talking about the potential of these grapes. Those I’ve tasted from France (which have to be labelled as Vin de France due to no appellation allowing anything more 30% in the blend) are generally a bit lacking in structure and depth. Those from further south in Priorat are often very, very acidic as well as prone to reduction, that wonky waft of cabbage and/or sulfur.

Unsurprisingly, much like their red brethren, this white mutation of the grape seems to be at its best when blended with White Grenache as shown by La Solana Alta of Mas Alta. I definitely have an open mind on this front as there’s a huge amount of work being put into crafting interesting varietal wines of Carinyena Blanca and it’s probably just a matter of time before someone nails it, again, much as we’ve seen with the red grapes.

Will this lead to a flood of varietal Carinyena Blanca wines on the market? Most probably not as they’ve been working with the grape for a long time in Roussillon and while some exist, it’s not been a tremendous outpouring of wines, unlike what we’ve seen with red Grenache. DO Empordà is however planning to promote the variety as being part of the distinct identity of their territory so the legislative hurdle of getting the grape allowed was just one step down a much longer road.

Winemaking options with local grapes are always interesting and for the people I know who have really been pushing this change, I’m very happy to see their efforts finally realized!

“Carinyena”, the original Carignan now free to be itself