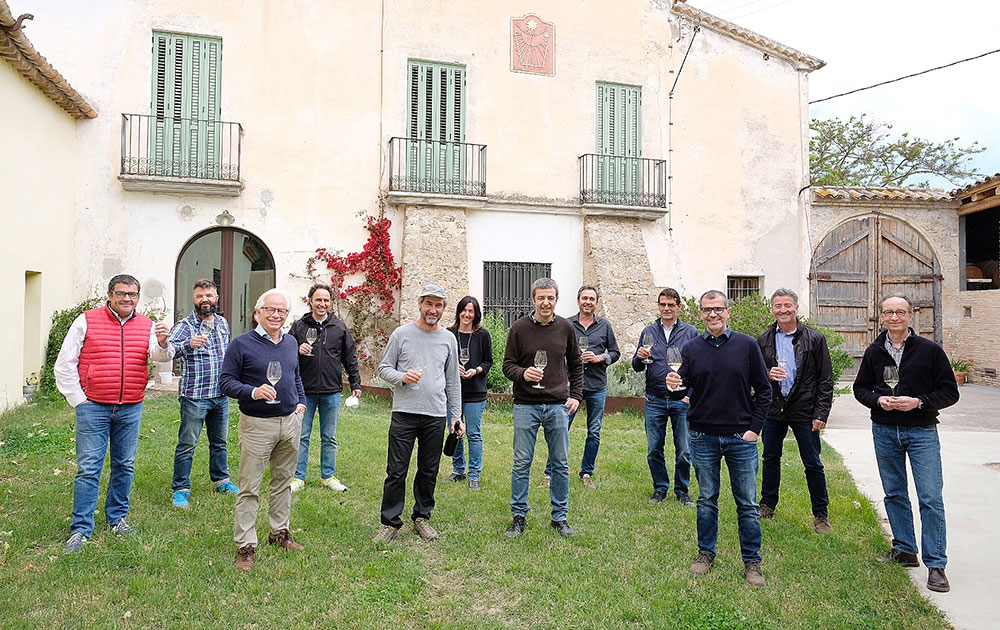 Corpinnat turns it up to 11 by adding Pardas

Today, Corpinnat, the breakaway group of high-quality sparkling wine producers in Catalunya’s Penedès region, announced that they’ve just increased their membership from 10 to 11 with the addition of Celler Pardas.

Pardas and its founders, Ramon Parera and Jordi Arnan, have become well known in recent years for their tireless effort to work with the local varieties in Penedès, namely the whites of Xarel·lo and Malvasia de Sitges, as well as the red, Sumoll. Founded in 1996, by most any estimation they’re one of a handful of cellars producing excellent wines from these varieties that were scorned but a few years ago and have helped to raise their profile internationally, both for Sumoll as well as Xarel·lo.

I spoke to one of the newer members of Corpinnat yesterday who told me, “I’m very, very excited about their joining. This is a fantastic addition to the collective group. They’re bringing in great energy and expertise with these varieties.”

For anyone a bit more familiar with Pardas, you might be saying, “Wait, I don’t recall them making sparkling wines?” and you’d be 100% correct. They’re starting to produce sparkling wines now and they’ve made the decision that from the start, they’ll be producing them under the auspices of Corpinnat regulations. The first vintages will arrive to the market in the fall of this year with a white of Xarel·lo and a “blanc de negre” of Sumoll both from the 2017 vintage.

As to why Pardas chose Corpinnat instead of the other options of Clàssic Penedès or DO Cava, co-owner Ramon Parera told me, “The problem with Cava is that among other issues, they don’t permit Sumoll which is a key variety for us. Clàssic Penedès on the other hand is too permissive with varieties and has too loose of a definition. We will be the smallest sparkling wine producer in Corpinnat, but it’s completely in line with what we’re doing as a winery.”

This marks a new turn of events for this collective trademark that was launched three years ago and saw top producers leave DO Cava at the beginning of 2019 after a protracted battle with the DO to allow their independent regulations exist. While new members to the association have been relatively slow to arrive, a lot of that can be attributed to plummeting sparkling wines sales during the pandemic and many people having more than a bit of hesitation to leave such an established brand as “Cava”.

It’s very important to note that on Cava’s part, they’ve created subzones and a new set of regulations to redefine the upper-end offer of their wines. It’s very necessary work that was long overdue and could work in their favor to give other producers thinking about leaving a bit of pause before they do.

Just two weeks ago, they made a large announcement that all Cava de Guarda Superior wines will be certified organic by 2025. This is an important change in direction for this DO, but it’s important to note that only 12% of all their wines fall under this category and it will arrive in four years from now whereas both Corpinnat and Clàssic Penedès have it as an obligation now. Additionally, the ongoing price fixing issue on purchased grapes is a tremendous issue for the region both in terms of overall image as well as sustainability.

For Corpinnat this is great news and continues to show strength behind the group going forward as they continue to make top-end wines in the region despite the troubles we still find in the world at large.