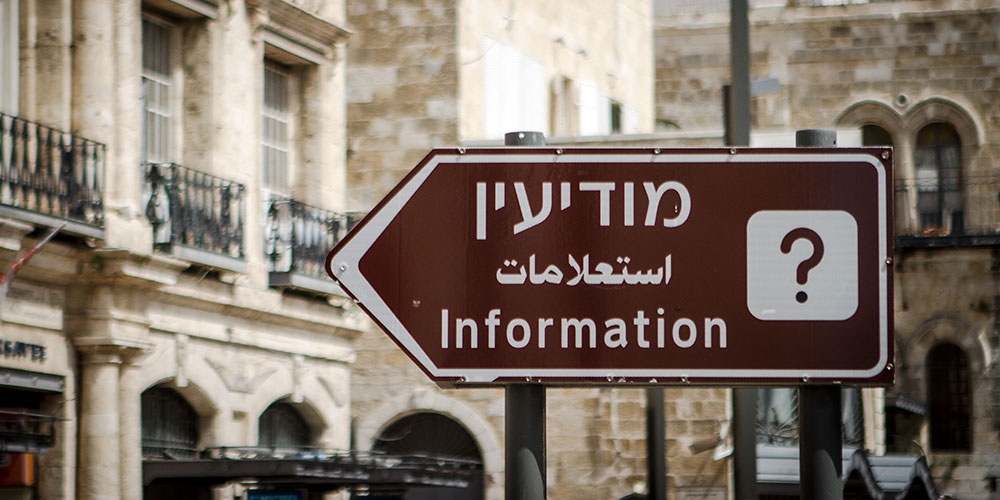 An introduction to Israeli wine

It’s no secret that wine is made in Israeli. In fact, it’s been going on for thousands of years, but if you were to ask most wine writers about it, they would likely scoff at the mention (at least in the US), tell you that Manischewitz (which is not Israeli, but from the US) is the most revolting thing ever done to the grape and leave it at that. For me personally, while I found Israel a peculiar and thus potentially interesting country, being neither Jewish or of any religion for that matter, it wasn’t at the top of my list to visit given the bucket loads of wine regions I still have yet to visit.

Then, a group called, Kinetis contacted us to offer a one week trip through the wines of Israel. We accept sponsored trips to wine regions with great care as when it comes to the guides we have to remain fully independent of local sway, but we saw this as an opportunity to get a preview of a region we’d never been to before and what the wines had to offer. The main impetus behind Kinetis which founder, Joanna Landau emphasized was show a different side of Israel than what most people knew. As an American growing up in the last third of the 20th century, the Israel I knew was one fraught with problems and conflicts in regards to the still unanswered Palestine questions and this offered a chance for me to see what the journalists chose to eschew in favor of rocket propelled grenades. 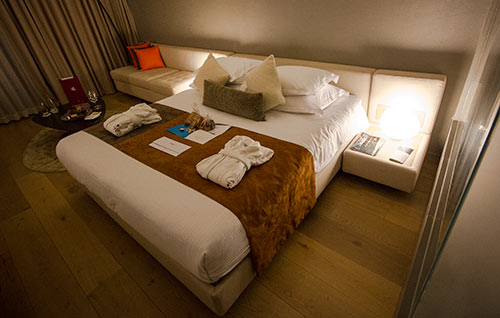 Arrival in Israel was an easy process and upon checking in at the very new and classy, wine-themed hotel Cramim (room pictured above), we started to dig in to wine.

So, about the wines of Israel. Prior to digging in to this trip in detail, it’s important to clarify a couple of points when it comes to wine production in Israel. As Judaism is the only religion that has drinking as an integral, core part of the religion (primarily for Kiddush as well as Passover) it’s much more than just a casual beverage to share with friends. As such, the concept of Kosher wine (that which is produced under the supervision of a Rabbi by observant Jews) comes in to play. Many people believe that all wines in Israel are Kosher, but that’s not the case. Of the approximately 250-300 cellars in operation today, only half of them produce Kosher wine.

But, isn’t it the case that Jews need to drink only Kosher wine? It is only if they’re observant which only about half of the Israeli Jews are. So, there is a market for both Kosher and non-Kosher wines domestically. But, it’s important to note that the Israelis on average only drink between 4-6L of wine per person a year, so despite needing wine for religious purposes, the market isn’t terribly big. Despite this, the wineries generally sell about 80% of their production in Israel which would show that there are some people dutifully drinking a great deal of Israeli wines.

Then there is the region question. Israel is typically divided in to five regions: Galilee in the far north, Shomron in the mid-north, Samson in the mid-west, Judean Hills in the mid-east, and the Negev in the south. These regions have additional sub-regions and often Golan Heights is separated from Galilee as it has a unique soil, but is a region not recognized internationally as part of Israel. Note that these are not appellations, but purely geographical areas. There is no AOC, DO, or AVA system in Israel. A winery in the Judean Hills can and often does use grapes from Golan Heights to produce their wines and vice versa. This was something that was initially very confusing when tasting the wines as trying to discern a specific character is all but impossible until you taste a rather large sample of multiple wineries which we eventually did.

If you want to know the answer to the most burning question, “Are there any good wines in Israeli?” The answer is a most emphatic yes and both of wines that are Kosher and non-Kosher. You can even say that there are some excellent wines in Israel. There are also some mediocre wines, and there are some that need a good deal more work. This is the case with pretty much anywhere although the distance in quality between the great, the good, and the not so good are quite far apart. Despite this, the impression one gets from the wineries is that now having enologists who have studied and worked all over the world mixed with modern winemaking techniques, the gap is closing fast and given what we saw in regards to Israeli determination (like manually planting the entire Yatir Forest 50 years ago) they will undoubtedly overcome what obstacles still remain.

So, with that introduction and in short order, onward!

All costs of travel, lodging, and meals were paid for by the Kinetis organization

5 responses to “An introduction to Israeli wine”