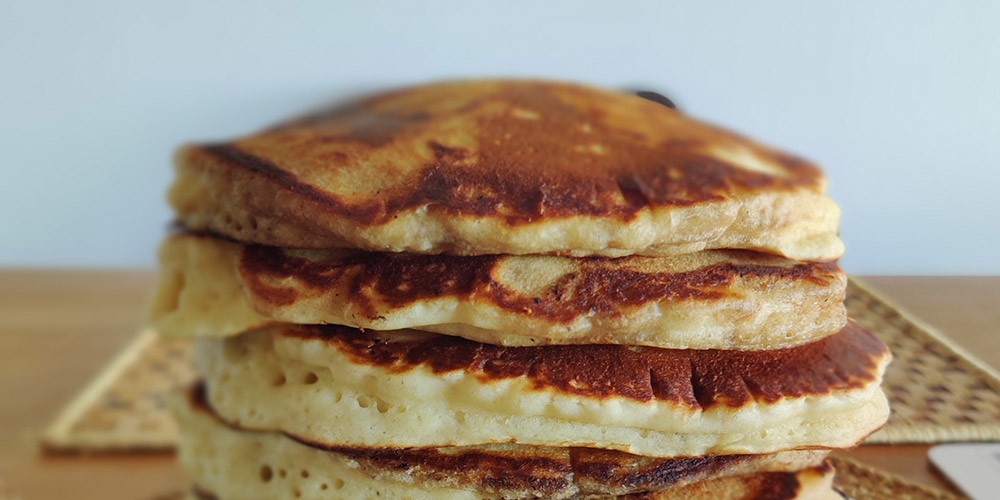 A recipe for pancakes in Metric

I’ve found in The Europe that there are next to no pancake recipes using metric measurements which aren’t actually recipes for crepes in disguise. Every time I tried to make pancakes when at the in-laws, things went a bit, well, screwy. Because of this, I finally sat down and properly weighed and measured everything in metric from a base pancake recipe that I happen to like a great deal and have expanded upon.

Let me just add that I’ve found out after the fact that if you’re making these in Europe the flour is a massive problem. Flours in Europe and the US are considerably different from one another and this recipe is based on US flour. If in Europe, first off, you will need cake or pastry flour, not bread flour. Secondly, you might need to add in gluten although I’m still messing around with this. Lastly, you will probably need to increase the baking powder amount by 10‐15% and cut the milk by 10%. Again, I am still working with this. Let me emphasize that when in the US, this recipe works perfectly as‐is.

Let the batter then sit for 10 minutes or so. Go back and stir it. It might very well need a little bit more milk, in which case, add it.

Use a non‐stick pan or use butter to grease a standard, cast iron pan (my preference as they cook up more golden) or better yet, the cast iron griddle which needs a gas burner. Pour out a small spoonful on a pan and cook that side until the batter starts to bubble. Flip and let it cook to golden brown. Remove and repeat until the batter is gone and that’s it, pancakes for the rest of the world. I mean, it’s so much easier to increase the batch, since doubling 200ml instead of 4/5 cups makes a lot more sense.