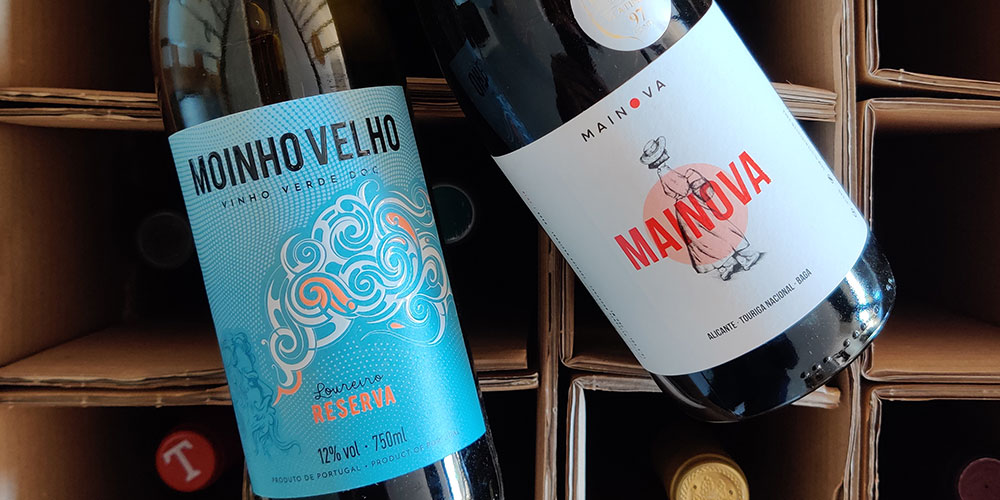 A constant topic of conversation in the household is about the wines we’re not drinking. Spanish, French, and Italian usually have very solid representation but outside of those we’re often lacking in other countries we’d also like to be drinking from such as Greece and especially, Portugal which I seem to only sample when attending trade tastings or traveling to the country.

As if reading my mind, Portugal Vineyards contacted me to see if I’d be interested in reviewing a selection of wines for you, my loyal readers. Naturally, I jumped at the opportunity given that there’s a great deal to explore in Portugal these days and price/quality is can be outstanding.

For those who don’t know this online site, they have a very extensive selection of Portuguese wines of all styles. Having somewhere around 8,000 references, they’re based in Porto and ship anywhere in Europe, but also worldwide depending upon customs requirements and the legality of alcohol import. They have free shipping in Portugal for orders above 50€ and in Spain for orders above 100€.

Following are the 12 wines that I reviewed from them, six white and six red that represented a cross section of where Portuguese wine is at the moment. At the bottom, subscribers can see the full scores but here are some quick notes in no particular order.

For the whites, the Vinho Verde DOP was very well represented by Quinto do Regainho’s Moinho Velho Reserva 2020 and Loureiro Reserve 2020 but it was the Quinta Pousada de Fora Vinho Verde 2019 and Quinta da Carvalheira Dona Paterna 2017 that stood out. While all of these wines were very well priced, the seriousness and depth of the last two showed that Vinho Verde is by no means just light, spritzy wines and the region is capable of producing some excellent whites (and even reds).

There were two whites from Douro as well. One was from Quinta Nova (who I’ve reviewed previously) which was the Grainha Reserva 2019 and then the Quinta da Capela Blend.pt Branco 2019. They both showed the rapidly-developing side of Douro whites which is of course more known for its reds and naturally, Port wines.

For the reds, the Quinta da Capela Blend.pt Tinto 2017 and Quinta Nova Terroir Blend Reserva 2018 were very representative of the well-boned red wines found in Douro. While the Quinta Nova definitely needs more time to age, there’s a great deal of depth to that wine waiting to jump out.

From Dão there was a single representative in the Taboadella Jaen Reserve 2018 and it was smashing. For those not familiar with the “Jaen” variety, it’s actually Mencía (which I’m quite taken with) but under a different name, but it was interesting to taste a varietal wine from Dão made of Mencía as I’m more accustomed to blends from the regions. I’ll happily take more of this though.

And then we come to Alentejo which is a region in Portugal getting a lot of worthy attention these days. The Elite Vinhos Herdade de Ceuta Reserva 2019 is a varietal Alicante Bouschet wine and was seeming to show a bit of bottle fade to it for some reason. But the other two, Herdade da Mingorra Mingorra Tinto 2019 and Mainova Tinto 2019 were both in top form. The Mingorra, at about 6€ is easily the best price/quality ratio out of the group and the Mainova Tinto was the highest scorer. If you note the latter in the photo above you might be able to make out that it received 97pts at the Decanter Awards. I’m admittedly not quite as high but it’s a very solid wine, top-rate wine and at 11€ pretty hard to beat.

I had told Portugal Vineyards to just “make a selection” and in doing so, I was curious what I’d get. They didn’t disappoint with this group as it was a great selection of wines presenting a perfect snapshot of what Portugal is making these days which are wines very worthy of your exploration.

As per my Disclosures, I have not nor will I receive any payment or other financial incentive to review these wines.