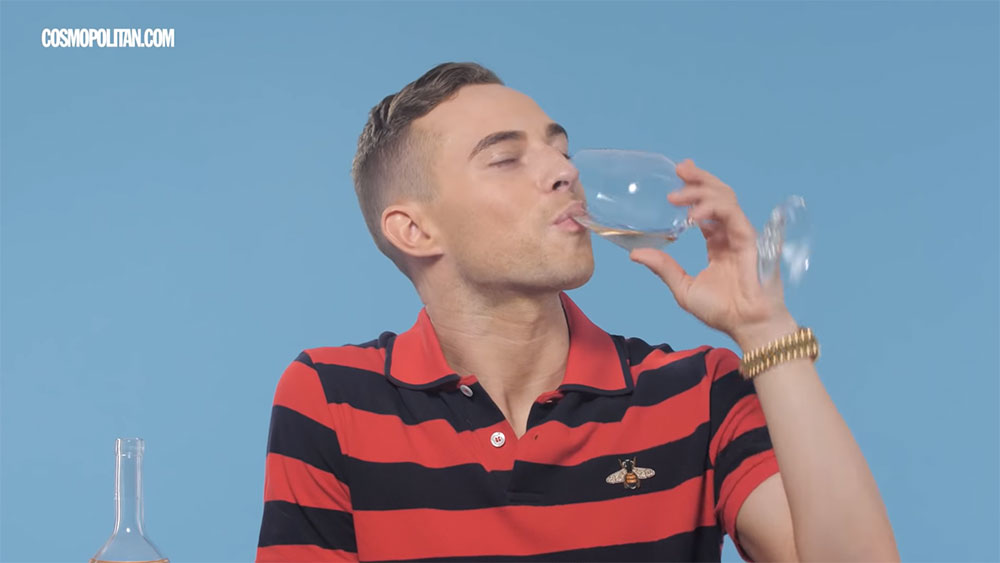 A few months back, I posed the question on Twitter as to whether or not others enjoyed watching people taste wine on camera.

I wasn’t asking for nefarious reasons but purely due to the fact that, for the nine months previous, we’d been watching a lot of people taste a lot of wine and talk about a lot of wine things, via video. I know that personally, I’d become pretty tired, if just not outright numb to a lot if not most all of it and I was curious if other people felt the same.

Let me emphasize that I’m not talking about tastings where you receive samples at home. Those have shown to be less than ideal, but are something tangible during an era in which travel is still quite problematic and large trade tastings are banned.

I’m also not talking about educational wine lectures. Those in many ways shouldn’t be focusing on whether they’re entertaining and more if they’re informative.

I was talking entirely about someone drinking a glass of wine and talking to the camera about it. It’s a format that’s been with us for some time, but has thoroughly exploded in these days of spending far too much time at home.

As to whether people liked this, most of the replies to my tweet revolved around “no” in various incarnations. @DwightFurrow stated, “No. It’s just weird and a waste of time”. @paultudor “gif replied” with a cute cat vigorously shaking its head “no”. @ruthspivey_’s reply was one of the most popular for obvious reasons stating, “I really like looking at myself in the mirror whilst tasting wine.”

There was another subset of people who fell into the “depends” camp as in, it depends on who it is that’s doing the tasting. And this was where it get more interesting as you start to talk about people who are inherently entertaining as opposed to just lecturing in what’s not really a lecturing kind of space (there’s SOMM 2 if that’s what you’re after.)

I could go on at length as to all of those who don’t do a good job because a decade ago there was one person who was engaging in his own unique way and that was Gary Vaynerchuk. His mode of presentation was definitely not for everyone as it could be in your face and grating. A fine illustration of this was watching Jancis Robinson physically jump when she appeared once.

But at the same time, the episodes were engaging, covered vast swaths of the wine world and if you could get past Gary’s on camera persona (which isn’t the actual Gary at all) you could really learn a lot of things. This was summed up well by @BestyMike’s reply, “…@garyvee videos were instrumental into getting me into wine though.” And Mike is now a Master of Wine now, so take that as food for thought.

Since Gary stopped doing videos, I’ve not really seen anyone fully replace him, which admittedly some people might be thankful for as the ringing in their ears has finally died down. I don’t really know that there will ever actually be another Gary, but he showed that it’s clear if you really want to make wine work in a video format, you have to entertain. Short of that, it simply can’t work as wine is something to physically consume and the joy of it, is drinking it, not watching someone drink it.

This concept of “entertaining” was no better showcased than in this video of Adam Rippon where he reviews celebrity rosés. He’s hilarious and the video stays light because it’s filmed well and more importantly, edited well. There are no endless, droning takes with dead pauses and “ums”. And again, it’s hilarious.

Also, despite Adam stating at various points that he’s “not qualified” to be reviewing the wines, at no point did I really think that. He was giving his honest opinion and that, along with a sense of humor and self deprecation really made the whole thing work. I wish he’d do more of these honestly.

That video could do what it did as I have to assume the wine producers weren’t paying for the appearance. If they were, then they gave tremendous leeway given that Adam trashed a number of them. It seems it was more a bit for the magazine Cosmopolitan to have a video piece that goes viral. This is part of the issue with video in that it’s very time consuming as well as expensive to produce despite every mobile phone having a decent camera on it these days.

While platforms like Instagram allow videos to be cobbled together quickly, those done off the cuff quite often fall into the rambling category, like a WhatsApp “voicemail”. This is exacerbated if the person doing them is ill-prepared and ends up reading information off a Post-It note that they copied from the back label. Not only is that lazy, but it’s also not entertaining. The only way it’s less entertaining if the person doing the video is taking swigs of wine while talking.

In this video, Mike pulled together all the aforementioned items to make a solidly entertaining piece. This was all possible as they didn’t just stick up an iPhone and let it roll in an unedited fashion. It’s entertaining, shows it was well prepared, and has just enough sponsorship of a business behind it (like the Adam Rippon) video to give some agency to making it good instead of a slap dash affair. Oh, and when Mike does finally taste the wine, it’s done for humorous as opposed to serious effect.

The fact this little Twitter video received 5,800 views says to me that it went “viral” within the wine world. And the best part is that I don’t even really care how brilliant or not the wine is as I want to drink it. Much like with Adam Rippon’s rosé reviews, I await more videos from Mike and Bin Two Padstow. Check out “May-hem” if you don’t believe me.

Thankfully, there’s been a new entry on the casual wine talk video front and it’s Dan Kirby’s Instagram. While I’ve followed Dan for some time now, it’s only in the last couple of weeks where he’s started doing a “Weekly Wine Roundup”. These are short and to the point, usually only about five minutes in length. It’s just Dan propping up his phone and talking into it and he’s just giving a quick rundown about the wines he drank in the last week, which are usually about four or so.

I have to say that I love this format and Dan’s presentation. It’s honest. It’s quick. He doesn’t muck about with massive tasting notes although he lays down a quick take that’s plenty sufficient. Also, he doesn’t get into lengthy, never-ending details about regions and producers which we can all look up if we’re really, really interested. It is for me, the perfect format and I have no idea how long Dan plans to keep on doing these, but as there’s little cost other than a few minutes of his time, I hope for awhile longer. Given that I very much identify as “wine curious”, I find a sense of wine discovery in these videos that I’ve not really felt since Gary Vaynerchuk stopped and Dan has a much more mild presentation than Gary ever did thankfully.

You will notice that this is a rather homogenous grouping. I don’t have as much free time as I’d like to watch random videos on the internetz, so I haven’t been able to browse around for more and this group is decidedly male and white at that which isn’t shocking given my innate white maleness. If you know of people not in this narrow demographic making videos in this engaging style, I’m eager to hear about others to watch.

So, is it possible for wine to be tasted on video and not have it suck? I think the answer is very much yes, but it depends a great deal on the presenter being entertaining as well as authentic and being open to wine of all types. This is clearly my own taste and there are people out there with big audiences yet they don’t really jive with what I’d like to watch in terms of wine on the film.

After all, why did Sideways work as a film? It wasn’t because it was a Wine Film but because it was two friends sharing wine, on film and their misadventures that followed. It’s this approach that seems to be quintessential for wine to work in a video format, on the rare occasions it does that is.

2 responses to “Wines on film”