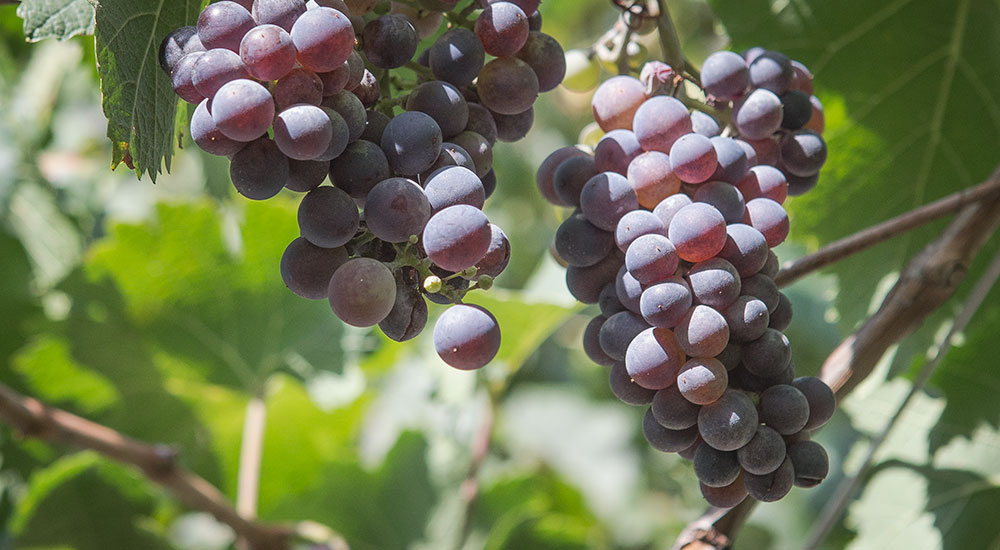 Daria Kholodilina is the co-author of Georgia: A Guide to the Cradle of Wine as well as co-owner of the tour company, Trails & Wines. Here she breaks down a number of lesser-known facts about the food and wine of this delicious country. See Part I for more.

Easy to say and well-known, this inky-colored, full-bodied, fruity, berried grape, Saperavi is the most widely-planted red variety in Georgia. A hardy grape that’s a rarity in having naturally-red flesh (most red grapes are white inside), it’s such a stalwart of Georgian wine that it begs for winemakers to experiment with various styles of vinification whether it’s stainless steel, barrel, kvevri, or even a combination of several vessels. No matter how it’s made though, that boisterous, hearty soul of Saperavi always comes through.

The growing popularity of Georgia as a wine tourism destination as well as the growing amount of bottles sold abroad is allowing people to see that there are more red grapes in Georgia than just broad-shouldered Saperavi. To mix things up, more and more producers have started growing and producing other, let’s say, “less popular” varieties. Tavkveri and Shavkapito from Kartli, Dzelshavi from Imereti, or Orbeluri Ojaleshi from Lechkhumi are all up-and-coming options. Yes, they still have plenty of fruit in their profile, but they’re a good deal less upfront than Saperavi. If you’ve written off Georgian reds because all you’ve encountered is Saperavi, give these others a chance if you encounter them!

Given the tea-producing dominance of India, China, Sri Lanka, as well as Nepal, Kenya, and others, you might not yet have seen Georgian tea in your local supermarket, but you might soon enough. In the Soviet times, the whole of the USSR was enjoying the tea from the Imereti and Guria regions as they’re these unique sub tropical areas on the Black Sea that are ideal for tea cultivation.

Like most things, the collapse of the Soviet Union brought the industry to its knees, but now in 2020, more producers have been emerging. Besides the industry giant Gurieli, there are also artisan teas from Kona and Renegade Tea Estate. There’s even a Tea Museum in Tbilisi – just next to the oldest natural wine bar, Vino Underground.

While the camellia sinensis plant we know as tea isn’t native to Georgia, the exact origins are unknown although it’s thought to been brought over from China, possibly from Keemun.

Dessert? How about barbecue?

When traveling in the countryside, you can often find yourself in a situation where you’ve already eaten 150% of what your should have. “Oh, just a cup of coffee or tea and we’ll be on our way…” No way, here comes the mtsvadi!

Barbecued meat usually arrives a bit later than appetizers–which many visitors think are actually the mains. Anything that’s chicken, fish, or definitely vegetables is most likely just a prelude to a big, juicy piece of meat–especially if you are in Kakheti. Of course, no one realizes this with how insistent hosts are that you eat everything that’s pre-meat.

If you want an actual dessert, you know, something sweet that hasn’t come from a flame, you might be offered pelamushi which is a kind of cake/pudding that’s made from grape must, Or there might also be an assortment of dried fruits, especially in the form of churchkhela (usually had with the meal though) or tklapi which is like fruit leather. Cakes, pies, and tarts are not a frequent guest in an average village family. Tbilisi is however a good deal more international in this sense and you can find a lot many more of them although many can be very, very sweet.

Georgians have a special hangover soup

…and its name is khashi. The well-known modern Georgian chef, Tekuna Gachechiladze even opened a restaurant that takes its name from the soup and is called, Khasheria. Obviously, the soup is available all day, even if the servers may take forever to bring it to you.

What is khashi? It’s a broth made of stomach and hooves of a cow, and is usually eaten with garlic. Obviously it has to be nothing short of miraculous otherwise, why on earth would people order such a thing over and over again?

If it sounds like you’d rather just deal with the hangover than eating this “cure”, give a try to chikhirtma. It’s a chicken broth made with eggs and flour and is absolutely delicious as well as healing.

Wine Is More a Religion Than a Profession

Every Georgian family has at least one amateur winemaker, but not many of them have a professional one. While more and more wines are getting exported abroad and presented at the wine fairs worldwide, the amount of self-taught winemakers far outstrips the number of people who have attended proper schooling and well, some of the wines do show this fact.

Physicians, lawyers, doctors and even ex-ministers are finding the sense of their life inside of cellars full of kvevri. We need to be clear that this isn’t a case of Madonna or Sting “making” wine and they all invest in it full time. To some of them, wine is close to the religious cult–-or, well, it’s actually a part of Christian narrative.

Combine this with Georgian hospitality and you do end up with a unique set of affairs that when you visit a winery, you’ll usually be very well seen to and required to take part in this ancient tradition that is drinking wine.