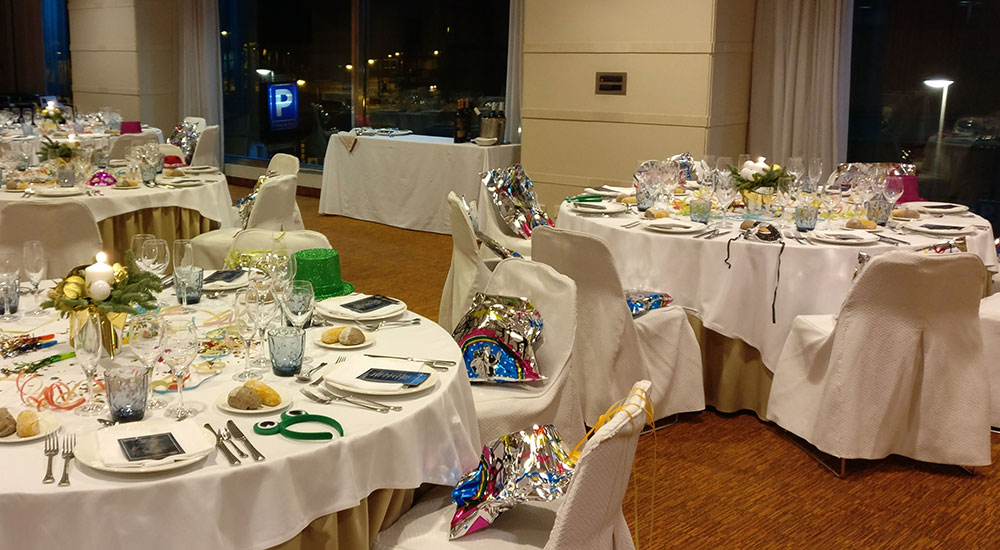 The demise of “Atwater & Clough”, a cautionary enotourism tale

The bankruptcy of Thomas Cook in later 2019 was the biggest news to hit the travel industry in a long time–until of course COVID-19 emerged. This large, venerable travel agency collapsing meant tens of thousands of lost jobs, who knows how much lost money for clients, and then of course the repatriation of 600,000 people who were on holidays.

This however was not the only demise in travel last year as on a much smaller scale was the loss of another dependable brand specialized in enotourism (or “wine travel”) called, “Atwater & Clough”*. If you’re not in the United Kingdom, this name probably doesn’t ring any bells. If you are Britain-based and into wine, you most probably know the company (even with this altered name) as “Tim Clough”* and “Lynn Atwater”* built up an enotourism company that set the gold standard for decades in terms of wild, boozy adventures in foreign lands with actual thousands of loyal, repeat customers.

Loading up a bus of passionate wine lovers and heading to Épernay for a rowdy “Champagne Weekend”? That’s all their invention and one that I’ve heard people talk about in glowing terms to this day. It needs to be said that Tim was in fact a bit nefarious for enjoying the trips perhaps even more than the paying customers. But, that’s a great deal of why people loved the adventures given they had this completely hedonistic immersion in great wine and food.

If this sounds like your kind of trip, then go and have a look at what’s available with Atwater & Clough. The eagle-eyed will notice that there aren’t any forthcoming tours listed and the most recent one was for New Year’s Eve in Carcassonne, but for the foreseeable future this will be the last one ever.

The parent company of Atwater & Clough, “Splendiferous Escapades”*, announced in 2019 that they were “resting” the Atwater & Clough brand for the foreseeable future. At blame was currency depression and that over-used excuse of “Brexit” but of course, it was much more than that.

Down and most likely, out

It wasn’t a shock to hear this as once Splendiferous bought the company from the founders in the middle of 2015, they started to shake things up and increase their profits via cutting costs and working to expand the tours on offer. This in and of itself isn’t a horrible thing as they’re a company and they want to make money, especially after buying up such a well-known tour provider.

Things weren’t as great as could be in the transition however as at a conference in May of 2016, I met a woman who managed the tours after this transition and she was very unhappy with the changes taking place. One of the big issues was moving offices from Petersfield to an hour and a half west in Salisbury, disrupting the lives of long-term employees who then promptly left en masse as the option was either to move with the company or find yourself out of a job.

My first interactions with the company started when I was asked to step into the 2016-17 New Year’s Eve tour in Barcelona as the “wine expert”. Without my even having to prompt them, I was confronted with clients already making many mentions of “bean counting” and “stinginess” on account of the new owners not having the same “Tim Clough” touch.

Admittedly the client base was known for being a demanding group–which makes sense given they were paying top prices for these tours. But, even that early on, I could see their gripes as being justified when the “gala” celebration was held in the basement dining room of the hotel with mid-market wines, none of which were from the regions of Catalunya. The only winery visit during the trip was to a rather low-end Cava producer who probably didn’t even charge for the visit with the hope of selling wine to such a large group.

This was certainly not what those looking for the blow-out enotourism escapades of yore with top-name, marquee labels to be had in great quantity had become accustomed to.

The trip hits the fan

While I continued to fill the wine expert role on a handful of tours that had been scheduled over the next two years, my last tour was, ironically another New Year’s Eve, this time, 2018-19 in Valencia. Leading up to my arrival, the true fallout of Splendiferous’s ownership of what had solely become the Atwater & Clough “brand” became nakedly apparent.

The tour for New Year’s Eve–one of the busiest times of the year–had, at two months prior to its date, not been planned at all. Amazingly, there were hotel rooms reserved but beyond that, no restaurants and no visits had been scheduled nor had any wines for the gala dinner been ordered.

The guests were people who had paid about £2,500 a piece (£350 additional if single) for this trip and here they were flying on budget carrier, Easyjet from London. It’s important to again emphasize that this was a very, very well-heeled customer base with actual Lords and Ladies but Splendiferous seemed to be doing everything possible to lose them by simply taking them for granted, do a humdrum “enotourism” trip that, in my opinion was lacking on the most important aspect: a great deal of very good wine with the exception of the NYE dinner.

The location of that dinner outdid the one in Barcelona in terms of being horrible as it was set in a conference room (see above) that the coordination guide busted her ass to get ready and make as festive as she could. She tossed her iPhone on a table and plugged it into some conference speakers as there was no DJ hired. Somehow, all of this was being passed off as enotourism, but it was clear that many points had been missed, the focus on wine being the primary one.

If there was a happy soul amongst those who boarded that flight back to London on January 2, 2019, I hadn’t a clue who they might have been. Maybe the Trump-loving American couple everyone was trying to avoid the whole time but I doubt even they were happy…

Many blamed my coordinating guide colleague when unfortunately, it was due to it all being choked up from the top and it made me wonder, “If this is how an experienced tour company was growing and monetizing enotourism and it was failing this miserably, is this actually a type of tourism that you can grow?”

It would seem that the answer would be a defiant no. Will someone have another run at a similar Atwater & Clough disaster again? As long as the concept of “growth at all costs” continues to dominate the core of business dealings, then definitely. But, if you don’t take this cautionary tale to heart and realize that enotourism isn’t like other kinds of tourism with the potential for mass marketing, I’m sure we’ll see yet another “rested” brand in the near future.

SOMM a decade on, the aftermath of a documentary
X