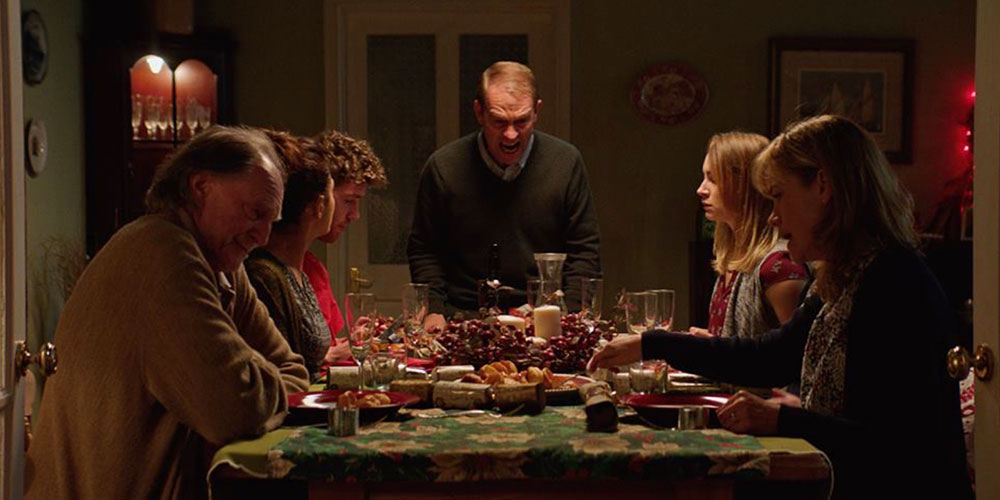 The definitive wine guide for Christmas

Several years back, we published a definitive wine guide to American Thanksgiving. Here, Ruth Spivey deftly picks up the torch to take on British Christmas!

Around this time of year every single wine journalist – living and dead – publishes their ‘new’ guide to choosing wine for Christmas.

To be fair, it’s their job. But you lot are still reading them, baffled once again by what to drink with a roast dinner. Can you not remember what you drank last year?

So, it’s time someone wrote a proper version, one that you can use this year and every year, and we can fill all the spare column inches with something more useful, like post-Brexit coverage perhaps.

To kick off, here’s a little nugget for those of you who prefer a quick fix solution to reading things in full: All wine goes with crisps.

So, if in doubt (or to guarantee food and wine pairing success) just serve crisps.

For the rest of you, let’s tackle the main event first: What to drink with turkey?

Whilst you are indeed eating turkey, you are not really tasting turkey. Did you know no-one actually knows what turkey tastes like? Don’t look it up, because it’s a fact. Despite everything vaguely white tasting like chicken (rabbit? meaty chicken, frog’s legs? fishy chicken), turkey looks like chicken, but doesn’t taste like chicken. Blind tasting wine is hard but blind tasting turkey? Impossible.

The dominating flavour on your plate is actually salt, stuffing, roast potatoes, gravy, and maybe a pinch of spite. So, what you want is the wine you normally drink with sausage and chips. This is probably not a Pinot – the wine everyone says will match the turkey you’ll never taste, unless of course they’re being edgy and say Gamay, or fancy and say Nebbiolo, or wanky and say Trousseau or Poulsard (or really wanky, Ploussard).

But the trouble with a bigger wine is that it might make you fall asleep and experience the ultimate holiday sin: missing out on more wine. In which case go for a lighter wine, so maybe you should have Pinot (or Gamay, Nebbiolo, Trousseau or Poulsard/Ploussard) after all. Keep in mind that Sangiovese also works, as does Bordeaux, along with Greek and Spanish. Drink anything. Even Merlot. It literally doesn’t matter. Just nothing too heavy, because no-one in wine has been drinking “heavy” for at least five years. Heavy wine is over, catch up.

If you’ve got a white wine drinker at the table, serve Chardonnay or Chenin or anything else, except Sauvignon. Sauvignon goes with salad (and that won’t be seen for at least three months) and crisps (see above) and obviously salmon and caviar and all that stuff you eat in the morning. If you’re posh.

So, drink Sauvignon if you want, but not after midday unless you literally are just serving crisps, in which case open more Sauvignon. Or dry Riesling. Dry Riesling is also largely a morning beverage, or aperitif, and it’s perfect for pescatarian Christmas, if such a thing exists. Riesling is also good, weirdly, with goose.

As for whether Sauvignon or Riesling goes best with crisps, the jury is still out. Whatever you do, don’t mention crisp and wine matching, anywhere. Hipster-listicle-freelance-journalists have been penning crisp and wine matching pieces for the last seven years in an attempt to be accessible and original. The first one was, the subsequent 27, less so. It’s not a hot take, it’s a piss-take. Tedious. Like Cava and chilli con carne.

If you can afford Champagne, drink Champagne. Why wouldn’t you?

I suppose you might fancy being patriotic, in which case drink English sparkling. There are some very good ones out there, but not as many as some people like to make out although you wouldn’t know it reading British trade publications.

If you can’t afford Champagne (no shame) or you can but you’re after quantity (admirable), go for a Crémant, especially of the ‘de Bourgogne’ type. To be honest, unless you were going to drink proper, excellent Champagne, a good £15 Crémant will taste close enough to a cheapo mass market Champers. And you can bet your bottom stocking someone will insist on Franciacorta being the thing of which we should all be drinking more, for reasons they will never make clear. Sparkling egality? Spare me.

Wine People have been predicting Sherry will be the next big thing for as many years as they have been copy-pasting their What To Drink At Christmas column. That said, Sherry becoming the next big thing is still more likely than anyone seriously getting into Franciacorta.

I’ve had a tradition of drinking Fino with my breakfast on Christmas Day since 2014. I have no idea why as Champagne would be far better, but I do it anyway. That’s the thing with traditions, it’s best not to look into why or spend time mulling over whether you actually enjoy them. Make them up and crack on.

Speaking of mulling, why wouldn’t you drink mulled wine? It’s not as horrible as people make out – and also not as nice – but hot booze is always a good idea. Go for it.

We obviously have to talk about Port.

No self-respecting Christmas wine crap can omit Port. I feel sorry for Port. It’s actually a really good drink, but people are obsessed with the idea that Port is just for Christmas, which is plain wrong.

The puppy is for Christmas, Port is for life. Actually, come to think of it, Port is life.

It’s also the much-maligned scapegoat of many a hangover. The last thing you consume is the first thing you blame, especially when you wake up more disillusioned and dehydrated than two scoops of Huel (the meal replacement powder once compared to “the act of vomiting backwards”) wondering if someone dropped a brick on your head in the middle of the night.

Unless you’re properly into Port just buy a decent-ish Tawny and get on with it. Saying that, Late Bottled Vintages are superb value, and taste more like regular wine, just pumped up. It’s wine on steroids. The sugar perks you up and the extra lick of booze blurs the edges of anything or anyone irritating. Port is your friend.

Cheese, however, is your foe. After a mahoosive lunch and big boozy pudd, who can face a cheeseboard when it’s almost time for a leftovers doorstop?

Everyone thinks Port goes with cheese. They’re wrong. Port goes with one cheese – blue cheese – but so does Sauternes and a whole ton of whites and they also go with all the other cheeses. Open oaky Chardonnay, apple-y Chenin (trendy) or something under flor from the Jura (niche). Or skin contact from Pantelleria (Olympic niche). And without question, Madeira. It’s epic and goes with everything, except crisps.

But honestly, the best way to deal with wine for cheese is to not serve the cheese and then drink whatever you like.

Two individually faultless words that put together spell nothing but doom. However, if you are having a drinks party – sorry “business meeting”- serve anything that’s drinkable. Better still get bag-in-box or better still again, a keg. People can help themselves, leaving you more time to drink the magnum of proper wine you’ve got stashed in the understairs cupboard.

Honestly, no-one cares. Unless, of course, you’re a Wine Person with Wine Friends but if that’s the case, why on earth have you reached this point of the article?

One response to “The definitive wine guide for Christmas”

The guide to terrible tasters
X