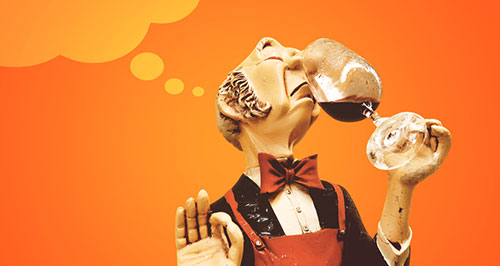 First We Feast 10 Dirty Secrets of Wine (that nobody wants to talk about) – Essentially 10 hard hitting points that could each be an article in and of themselves and run the gamut of things that are generally needing to be called out as bullshit in the wine world. A solid read if not a bullshit fan.

The Guardian Group dinners are terrible. It’s time we all admit it – In case you ever wondered why large dinner groups are so boisterous, annoying, and seemingly dumb, it’s because they are and if you are in one, you are as smart as the dumbest person there. Sorry and yes, “How and why, when it comes to cash, is the collected total always, always, always twenty dollars short?”

Vila Viniteca Acidesa, sulfits i alguns aspectes dels vins naturals – In Catalan, as well as Spanish and well, Google Translate this is a wickedly detailed breakdown on sulfites by über wine scientist, Raul Bobet. If you don’t want to read the whole thing (and really, you should) the takeaway is back the shit off on adding sulfides but still add them or you’re going to have an unhealthy bottle of not-wine in short order.

SF Chronicle Michael Bauer: It’s time for tips to go – For those unaccustomed to the master/slave dining relationship that the United States so dearly loves in the form of tipping, it appears that things are glacially changing in a typical American, “Celsius and Metric are for Commies”, un-systematic manner. Stay tuned on this one.

Modern Notion James Jameson Bought a Slave to Watch Her Be Eaten by Cannibals – Just in case you hadn’t found the 19th century European colonization of Africa grotesque enough (looking at you Belgium…) here’s a lovely tale about an Irish Whiskey maker that has its horror pretty much summed up in the title.

Wall Street Journal Who’s Driving World Wine Consumption? – An interesting break down of of who is drinking all the world’s wine and honestly, no matter who you are, you could also do your part a little more.