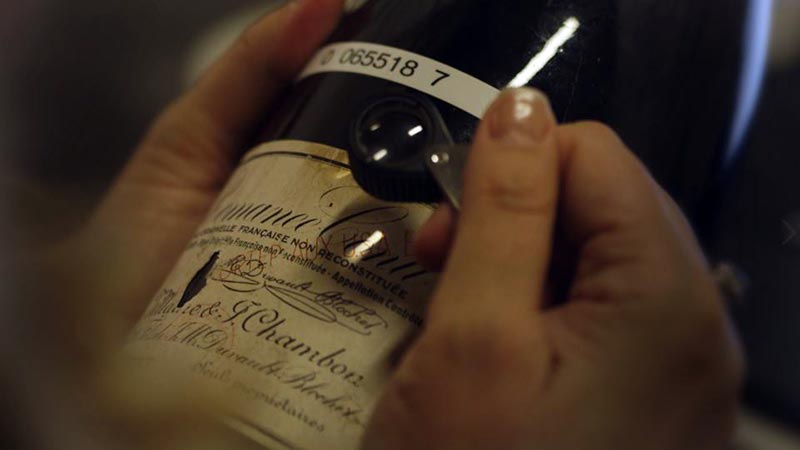 Being based in Spain has many upsides like great jamón, wine, and the sea, but getting access to small-release films isn’t anywhere in that list. This is why I’m only just now getting around to reviewing the film, Sour Grapes.

There have of course been other reviews such as: The Guardian, or Variety, or then Dr. Vino who gave a feel that he was writing a review mostly out of obligation. The topic is admittedly niche and the audience even more so, but I felt the film did an excellent job of saying what needed to be said, but I have yet to see any review that fully understands why.

I quite liked Richard Hemming’s review which dresses down the pluses and minuses of the film and gives it credit for being evenhanded with the directors staying out of the path of the narrative. I think that this is where a lot of people missed what was happening in the film as viewers locked on to the fact that these rich guys were buying incredibly expensive wines, drinking them to excess, and got screwed over by some young guy who saw a gullible group. Thus, good for him I assume many people think because “they deserved it” in some kind of Robin Hood manner with Rudy being Mister Hood…

But this misses the much larger issue that a crime did indeed happen and it happened in the way of all confidence schemes happen in that Rudy fooled these guys into thinking that he was their friend. He wormed his way so deeply into their lives that, as you can see in the film, there are some who still don’t believe he was the guy. Indeed, the film points out that there were most likely others involved involved in the scheme and the US government just caught the low hanging fruit with Rudy but whatever the case, he was most definitely involved and guilty.

I bring up this point as we’re dealing with a wine fraud scammer here in Catalonia and it’s playing out much the same as it did in the Kurniawan affair. Those who have been scammed have a hard time believing it because this con “artist” has convinced them that they’re such great friends by hanging out with them, inviting them to his marriage, etc. Very few want to speak up and admit they’ve been had as they feel so incredibly wronged.

I can feel a great deal of sympathy for people in this state. Hell, I even felt sorry for Bill Koch in the “Sour Grapes” film despite the fact that I loathe everything his family has done to the US. Probably anyone who has been robbed can understand this personal violation but what makes it so much more insidious with cases such as these is that the offending thief is someone you considered a personal friend. It’s like they reach in and take a piece of you that you can never get back.

People might say that this documentary doesn’t really answer any questions to which I would say, that’s not the point. It documents exactly what happened and proves a point that fraud in the wine world is rife and the community needs to do a far, far better job of policing itself. Everything about the film wraps up well while at the same time leaves open the wealth of larger questions because literally hundreds of millions of Rudy’s wines are still out there.

Oh, and we need to listen to Maureen Downey a great deal more as she was trying to show what Rudy was doing long before this truly broke. It was just that no one wanted to hear it and thus a cancer like Rudy was able to grow, although it’s true that Maureen’s quite far right-wing political views did little to help her get heard as she puts those front and center these days.

A review of film “Back to Burgundy” (“Ce qui nous lie”)