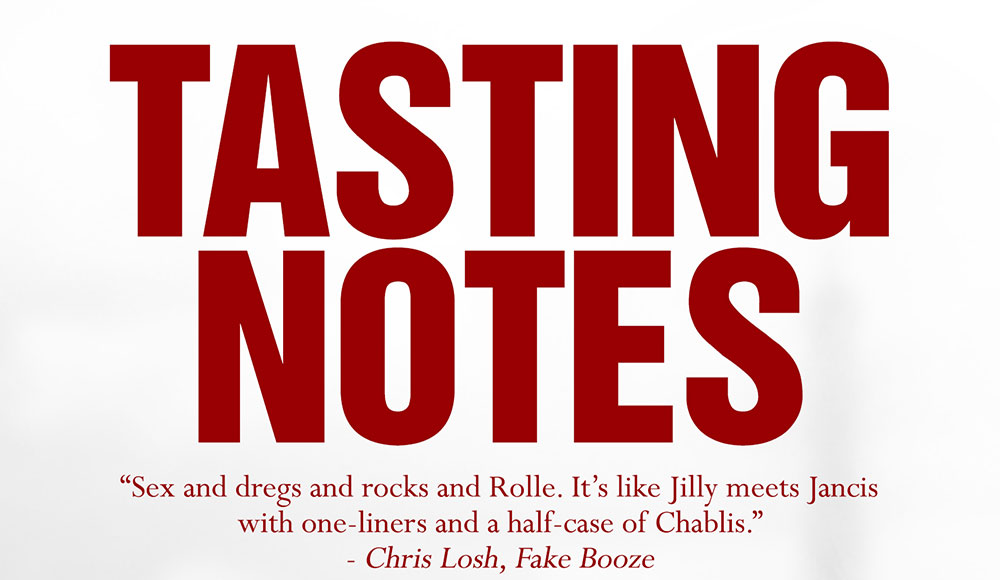 As I’ve pointed out previously, fiction and wine is a tricky mix, akin to getting the balance on a Vieux Carré cocktail just right.

Sometimes it works but more often than not, it really doesn’t. On top of this delicate balancing act, if you want to mix in a message of larger meaning, it gets even tougher. Yet, after earning an MA in Creative Writing, Anne Burchett has taken all of this on with her first book she released last December called, Tasting Notes and recently sent me for review.

She’s the first to state that while there are similarities between herself and protagonist, Chris, a great deal has been told of Chris’s story that isn’t her. So it’s not a memoir but a novel, a fictionalized account of various stories of her work past in the wine trade as well as those of other people. The plot focuses on Chris working in sales for a very large wine company, issues arise in terms of the production line, and she attempts to work her way through corporate culture which, as most anyone should (hopefully) be aware is still very much not on the side of women despite the many advances that have been made over the years.

Chris’s confrontations revolve around fragile male egos, gaslighting, boy’s club-isms, and general mind games all tilted to keep the balance of power exactly as it is, in their hands. That might make this sound like it’s not a book you’re looking for and I’ll fully admit that it was hard for me to fully relate to many of the issues. Of course, scenes like the shit talking of female colleagues by a couple of French guys that Chris has to bear witness to are ones that even I can relate to as when certain guys are just around guys, they get even more “free” shall we say.

In talking with Anne after reading the book, she told me that a number of women who had read it, wrote to her, thanking her for putting it out there. That’s great as if you can actually reach people on a personal level, then you’ve really accomplished something with a book and this was clearly a needed addition to the wine books that have existed to date. Honestly, offhand, I can’t think of any wine fiction that’s had a female author or a female protagonist with any real agency.

That said, a lot of if is very much niche to the London wine scene. Anne had to fill me on various details which inspired parts of the plot as while a lot of people work in wine in the UK, those of us on the periphery aren’t privy to a great deal of it which might leave some wondering as to what the greater reference might be.

As this is Anne’s first novel, some aspects of the plot could have moved a touch faster here and there. Some of the dialogue could have been punched up a little, such as a scene with Chris and a friend having a few glasses of wine fell a bit flat for me. That of course might have been due to some wine namedropping that’s something I feel never works well in fiction. When I mentioned to Anne that it’s something which is a personal dislike of mine, she admitted that she had added it shortly before finishing and wouldn’t add it again.

But as it sits, this is a book for a specific audience who enjoys wine fiction as well as people who have had to deal with a lot of crap in the wine industry. It’s also for those looking for a splash of tangential gossip that they’re not finding on social media these days as Twitter seems to be what here in Catalunya people call an “olla de grills” (a pot of crickets, or basically, noise). If it sounds like this could resonate well for you personally, then I’d recommend giving it a read and supporting this self-published author.

A book review of “The Concise Guide to Wine & Blind Tasting 2nd Ed.”