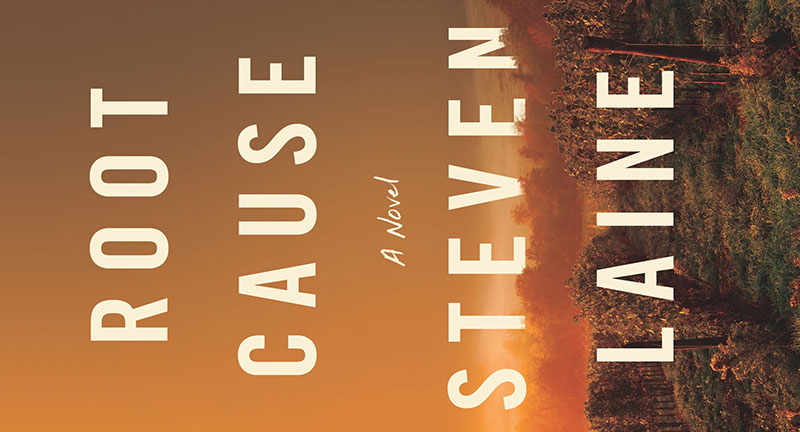 A book review of “Root Cause”

For anyone involved in wine, it’s almost always the case that “pleasure reading” is some kind of dense tome from which a rare beast called, “fact” is derived. Fiction based upon wine is perhaps an even rarer beast however which is why when someone such as Steven Laine attempts to create an international crime caper about the vagaries of wine in his book, “Root Cause“, it merits attention.

It’s easy to see what Laine was attempting to do in creating a book that’s akin to The Da Vinci Code for wine, but the problem is that Laine isn’t Dan Brown–not perhaps the worst thing unless one is trying to create a Dan Brown-esque book. If you’re a wine person who wants a change, you might find something in this book, but in general, the writing style, stilted dialog, racism, sexism, and overzealous scope will probably be a turn off.

All this is unfortunate as the book opens with a solid premise: what would happen if phylloxera (the 19th-century vine plague) mutated and came back? What worse if the phylloxera were an intentionally-created mutation to which there was no cure and the old workaround of American rootstock failed to stop it? The impending doom is most definitely blown out of proportion as the book progresses, but it’s easy to see what economic ruin this would create in many parts of the world, not to mention the end of wine as we know it.

Early in the story we meet our two protagonists: Corvina Guerra and Bryan Lawless. She’s a flying winemaker and he’s nearly a Master of Wine. These character roles don’t seem terribly out of context in today’s current shape of the professional wine world and naturally, having a female protagonist is always a welcome change in a world dominated by older white men.

The protagonists however drove me batshit with annoyance as they’re just so badly developed. For a good part of the book, I thought that Bryan was an American given that he had this brash, reckless persona that I didn’t for a second think of as British. Also, he was barred from sitting the final MW exams as apparently he was sleeping with one of the proctors, a female MW. Ever since the Pancho Campo scandal I can’t see any MW being such a fool as to risk their credentials to do something foolhardy and clearly against the code of conduct. Maybe if the gender roles were reversed, a male MW might be stupid enough, but even then, I had a hard time buying this story.

Corvina I found annoying for the fact that she’s the typical personification of a woman when the author of a book is male. I’m sure Laine is happy with himself for making her a woman, but she very quickly becomes an object and her insights become less and less important as other characters reveal the plot, not her. And the fascination with talking about what scarf she was wearing, wore exceedingly thin as it made her out to be a decorated mannequin in a department store window and little else. She’s the only character who is defined by fashion brand names and I have to tell you, this is no female winemaker that I’ve ever met. Also, for some reason there’s this desire to write some of her text in either Spanish or Italian (as those are her parent’s nationalities) but in doing so, grammatical errors pop up often in both languages, although my favorite was actually in Portuguese by getting the gender wrong for “thank you”–so typical when having no knowledge of a language and trying to flub it with Google Translate.

Stylistically, the amount of expository, on-the-nose dialogue is too much to get into. Maybe that’s just Laine’s style, but it got in the way of narration often. More bothersome are that there are other wine terms that shouldn’t be mistakes in a book by someone who claims to know a great deal about wine. For example, it’s not “varietal” but “variety” when referring to a grape type.

The “Philomena” typo for phylloxera that keeps coming back is trite to start with and gets ever more tiring the more that it’s mentioned. But this is then topped by the fact that Laine, like so many others simply doesn’t understand how Interpol works. It’s amazing that people are under the impression there are Interpol agents running around the world as an international police force, taking down bad guys left and right. But in reality, it’s simply a clearing house of information that connects the world’s police forces.

But on the Interpol subject, I’m thoroughly disgusted by the portrayal of Alison Pittard, one of the bosses who is portrayed as this horrid, nasty, career-minded, and for lack of a better word, “bitch”. There’s no depth to her and I’m sorry, but this just comes off as blatantly misogynist, which isn’t helped by how Corvina takes on the role of a Christmas tree, despite the fact that the male characters are afforded some degree more of development, as scant as it may be. It quickly becomes clear that much as Corvina is a vehicle for naming off fashion brands, Alison becomes a bitchy mechanism to give various male characters a reason to talk over her. If you like “mansplaining” even just a little, you will probably love this book.

There are many other items that stand out as irregular such as: hardly anyone used Uber in Barcelona before it was banned as people preferred Cabify, who’s still using an iPod in 2019?, the Torres Vinoteca is not an “oenophile’s dream” unless said oenophile just searched for “wine bar” on Google Maps without knowing anything about the city. And of course Château Lafite being a “Premier Grand Cru” is interesting as I am left wondering as to what that is exactly, although tanks rolling over its vineyards does make for a laugh in how ludicrous the plot gets at that point. Overall, there seems to be a lot of poorly-skimmed information which makes me wonder if Laine has been to or even talked to anyone who has been to all the places he name drops in the book.

I don’t really know what else to say as a book that I’d hoped would be a fun diversion from learning about the “Premier Grand Crus” of Bordeaux but it fell apart quite quickly. On the plus side, it does read fast.

A book review of “The Concise Guide to Wine & Blind Tasting 2nd Ed.”

A book review of “Darjeeling: A History of the World’s Greatest Tea”
X