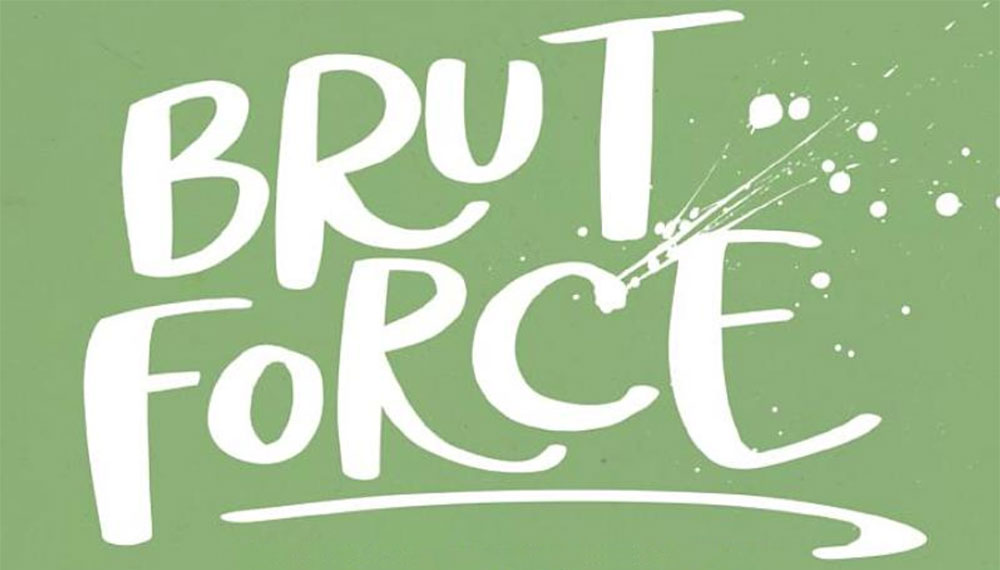 A book review of “Brut Force”

Last year I reviewed the first book in the Felix Hart series of novels called, “Corkscrew”. My review was admittedly not too kind as while the book was a fun, lighthearted take down of the wine world’s silliness and excesses, I also found the main character, Felix Hart, puerile and offensive. He represented a distinct type of entitled white, male, and sexually inappropriate character of a certain background and inclinations that is sadly all too prevalent in the wine trade and serves a reminder as to the work that still needs to be done by all of us.

It appears that the author of the series, Peter Stafford-Bow (not his real name) seems to enjoy a challenge. At the end of that review I stated about the sequel, “Brut Force” (which had already come out) that, “I think I’ll take a pass”. Despite this, he took the review graciously and contacted me to see if I’d be open to giving the series a second chance and read the sequel. Much like if a winery asks that I re-taste their wine after an tough score, I told him I would be willing to read it but warned that I might have the same opinion. He seemed to be of the “any publicity is good publicity” camp and thankfully sent me “Brut Force”.

Having just finished it, I’m left buzzing as I have to say that it is indeed a much more appealing and entertaining book. In fact, it’s a great book and the difference between Brut Force and Corkscrew is like night and day in terms of plot, pacing, character development, and most importantly, the writing style and pace. Felix Hart and his philandering ways don’t get in the way of the story and as he mainly serves as a narrator this time around and the limited presence provides just enough Felix Hart to titillate but not obliterate what’s great about the book.

The reason for this is that the first book is essentially a biography covering the “Rise of Felix” (double entendre intended) and so there was a lot of full-frontal Felix. This sequel on the other hand sees the plot as the main character wherein Felix finds himself involved in a fixed blind wine-tasting contest, his life threatened, and at the mercy of “Paris-Blois”, a worldwide luxury drinks conglomerate and clear stand-in for LVMH.

My first impression in backing up and looking at the book as a whole is that Peter Stafford-Bow knew exactly where he was going with it before he sat down to write it. This may some like a “no shit” premise but it’s amazing the amount of writers who start typing thinking that the plot will just appear on its own, or that they can just doodle it out as they go and it will somehow be fine. It won’t.

Corkscrew suffered a little bit from this but probably more from the fact that it gives the impression that the original draft was much shorter. But, the publisher or somebody along the editorial line wanted to extend it and so it started to really drag and get meandering in the second half. This is simply not the case in Brut Force. The pacing is perfect from start to finish. There’s essentially no point in all the book that left me thinking it was unneeded and it all just worked despite the absolute lunacy and ridiculousness of the whole story.

I think the only bit that was a bit trying was, oddly enough, the very first 20 or so pages where it was setting up what was to come about later on. It felt like Peter as the author was so excited about how this would reveal he wanted to race past these first few pages. I feel like they could have almost been left out as once you get beyond that and some rather on-the-nose winemaking dialog, the book really takes off.

There’s a further expansion upon the Worshipful Institute of the Minstrels of Wine mentioned in the first book, which adds all kinds of depth to the “Felix Hart canon” in its absolute silliness, grandeur, and overall hedonism (for those who have read it, envision the scene of the press tasting from Corkscrew, but as a permanent way of life). Probably what I found most outright laughable was the concept that there was enough money made by people in wine to actually fund this insane ten-floor, fully-guarded institution in the heart of London. But even if you’re not aware of the real-life Institute of the Masters of Wine that it’s poking fun of, you can still find a lot to enjoy here.

For those guys (and they were all guys) who loved the “naughty boy” Felix Hart character from the first book, I would definitely agree with Peter’s pitch to me that he’s toned down a great deal. Yes, he’s still having sex wherever he can find it, but it’s not so over the top like he’s someone with a malfunction as was the case in the first book. In fact, his more rounded character portrayal is further emphasized when another character shows up from his entrance exam to the Minstrel of Wine from the first book who is essentially a female version of himself. She’s still much the same and yet, seems very out of place and incongruous in this more mature book.

But what’s more important and also the reason I feel this book succeeds on levels the first didn’t for me is that key female characters have agency. There are really two women that are important characters in this book and it’s not known if they’re enemies or friends until the very end. Peter has created a tension between them and Felix that drives the plot and gives depth to the text. Most importantly, they’re not just characters he has sex with and then moves on from, but they actually keep coming back into the story with side plots of their own and are characters unto themselves. (To say much more than that would be to give away too much.)

Some of the secondary characters were perhaps a bit underdeveloped like the provost of one of the Houses in the Mistrel of Wine which was unfortunate given that that she ended up being an important piece to the conclusion. The French head of the nefarious Paris-Blois was a bit much of an over-the-top cookie cutter villain as well although it’s ironic to note that Felix’s ultimate foe is actually himself.

These are very small quibbles, though. Overall I found this book to be incredibly entertaining, lively, fun, and one of the best fiction books I’ve read in a very long time. The fact it’s able to take place in the world of wine makes it even more impressive given how overtly dull and not taking well to dramatization this world is whether in text, film, or television.

So if looking for a fun summer read (or a winter read) and whether you’re a little or a lot into wine, do pick up this book. And coming soon, I’ll be posting a review of the third installment, “Firing Blancs” as I’m very curious if it will keep the level of Brut Force.

A book review of “Corkscrew”

A book review of “Firing Blancs”