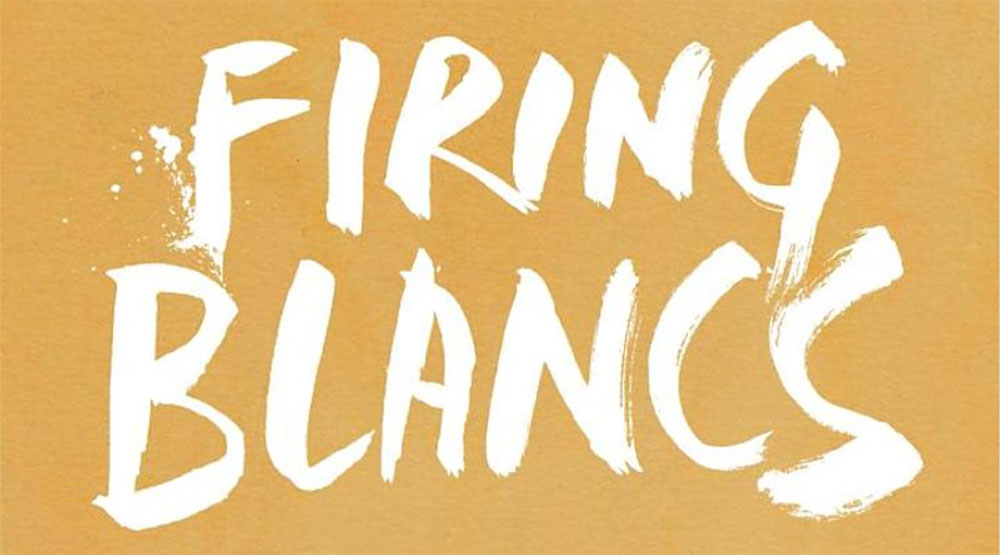 A book review of “Firing Blancs”

I mention it often as it seems an unchanging fact, but fiction in wine writing is a rare beast. Quality fiction is something even rarer. And being able to write a sequel is but the rarest of all and yet, Peter Stafford-Bow has managed to successfully serve us this fine three-course meal in the third book of his Felix Hart Series, “Firing Blancs” which was released a couple months back.

The book starts out by bringing us to speed with Felix Hart, wine buyer for the Gatesave supermarket chain in the UK, and world traveler extraordinaire. While he’s been living a fine life, the goods times at Gatesave seem to be coming to an end though after the CEO dies an untimely death and a penny-pinching replacement is hired who has no liking of either alcohol nor travel expenditures. Thus, Felix’s future hangs in the balance.

Instead of having Felix hang around London, most all of the book takes place in South Africa, where he’s sent to investigate an unfair, probable wage slavery operation with their main wine supplier. Along the way, he’s trapped into working with a well-intentioned, but exceptionally naïve charity operation called “Tears for Pity” that Gatesave has partnered with in the self-serving intent to polish their reputation of working with a miscreant Afrikaans winery owner.

I won’t dig into the plot anymore as if that’s not a tantalizing enough taste of the book, then I don’t know what else would be. It’s definitely chocked full of Felix hijinks seeing him just narrowly miss any number of ill fortunes to somehow come out on top–we all know this type, especially when they somehow make it to elected office.

The book is lively, well-paced (I read it on one leg of a train ride across Spain) with a cast of colorful characters that one would expect and/or demand at this point in the Felix Hart Canon. Peter has again done a great job of tying together a truly looney narrative that takes you all over the place and makes references to wines that are neither too niche nor too simplistic for the reader to relate to. And I love the fact that global wine conglomerate, Paris-Blois makes yet another and very crucial appearance both playing along with and playing with Felix.

In terms of how the books to date stack up against one another, I’d probably place this one just behind “Brut Force” which I really, really enjoyed and a good deal ahead of “Corkscrew” which, as stated in that review, wasn’t really for me. Felix has continued to evolve as a character but what perhaps makes this book a bit looser than the tight structure of Brut Force is that there are too many sub-plots running in parallel.

Peter has written a great deal of very just cynicism into this book directed both at the wine trade as well as the international aid industry. I applaud this as both need to be called out on their bullshit, false promises, and the questionable motivation of simply wanting to make sure to get some photos taken for publicity. “Useful, need more of this, bigger branding and more children next time please” is one of the book’s finest lines and so very, very on point.

But the issue is that both of these topics are really books unto themselves and I feel like the whole charity plot could have been done away with. As I’m in a train state of mind while writing this, it felt like there were two trains running parallel to one another with Felix jumping from one to the other, back and forth. It should have just been Gatesave working directly on a project. While in actuality, this is never, ever done with corporations wanting to “do good”, it would have made for a much cleaner narrative. I can see early on how it served to drive plot portions, but it got to a point where it was just a loose thread that was toyed with near the end as everything picked up pace and got out of control–to then of course see everything work out in the end.

The bigger issue in having the charity sub-plot there is that it sees the book dig into the whole subject of “white privilege” and it’s a very difficult (if not impossible) topic to do well in a humorous book. The director of Tears for Pity has come around to dedicating his life to “doing good” after he was beaten up badly by thugs in a township. To me, this made it seem like the whole topic wasn’t really being taken seriously and made it sit as an undigestible nugget throughout the whole book. I have to say that on some level, I feel it was included just so that Peter could use the bit, “Hand-wringing liberals are a huge growth market.” which is admittedly a pretty stellar line.

While I wasn’t a fan of this bit, or at least was questioning how it was included, to see the overall scope of narrative and character that Peter has accomplished in just a short while with this series is quite impressive.

Do pick it up for your wine-drinking friends or for yourself for a bit of good fun. Entertaining fiction books are the actual unicorn in wine and they should be taken for a ride whenever made available.

2 responses to “A book review of “Firing Blancs””

A book review of “Corkscrew”

A book review of “Brut Force”