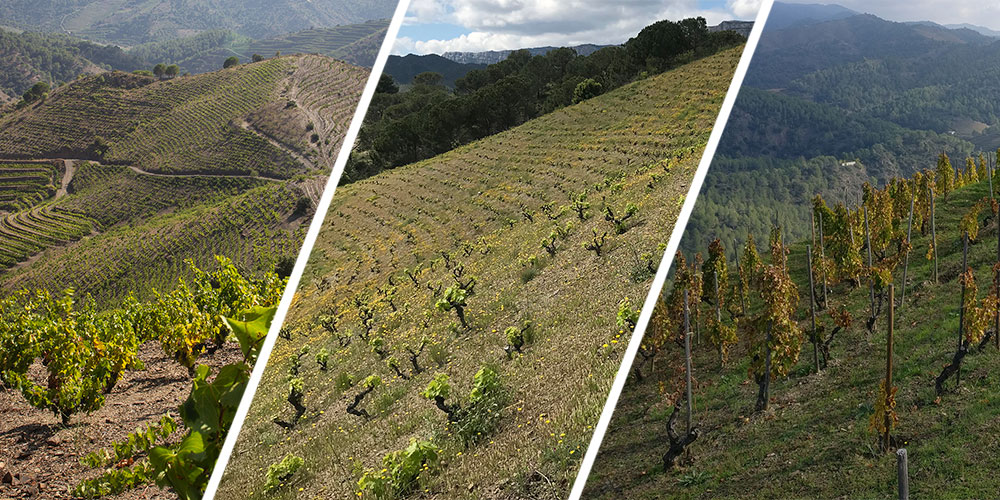 DOQ Priorat has officially announced the first wines to be released under the “Gran vinya classificada” scheme by certifying: Mas de la Rosa of Vall Llach, 1902 – Tossal d’en Bou of Mas Doix, and l’Ermita of Álvaro Palacios in what should be regarded as “Grand Cru” vineyards at the top of the new DOQ Priorat classification pyramid, introduced in 2019.

This is a complex classification pyramid involving 459 divisions of the territory into what are called in Catalan, paratges. It’s been built up over many years, adding three final levels on top of Vi de Vila which was introduced in 2009.

At the same time, the stringent Velles Vinyes (old vines) was released in 2019 as well and last year, the Vi de Finca at the Catalan regional level which is another system that’s been in existence since 2002.

The path to arrive to this classification isn’t easy and potential wines must not only be heavily documented to prove traceability but they also need to be shown as being “notable” in that they’ve been scored well and appreciated internationally. Also note that these are all vineyards with old vines as well as sloped vineyards planted in coster. Additionally, they’re in the higher altitudes of the Priorat region, but this last item isn’t a requirement for the Gran Vinya Classificada scheme.

There’s little doubt as to the high quality of these wines as I’ve scored them previously (subscribers can see full tasting notes below):

But in addition to these being top-quality wines from the region, they’re also very representative being from Poboleda in the north, Porrera in the center, and Gratallops more in the south. They show the diversity of the climate as well as the true essence of the grape varieties given that all are de facto monovarietal with 1902 and Mas de la Rosa being Carinyena and l’Ermita being Garnatxa.

Also note that with the announcement of these wines at Gran Vinya Classificada leve, there are also three from the Vinya Classificada level which are Clos Mogador’s Clos Mogador as well as Coma Blanca and Clos Fontà from Mas d’en Gil. Due to how these two levels function with vine age and varieties stipulations, these wines can only classify at this “Premier Cru” level. To understand this further, please read up on the classification system.

Without a doubt, Priorat is a region of remarkable wines and these three “Gran Vinya Classificada” wines being announced today really showcase the top-tier wines being produced and will hopefully convince people internationally as to the quality of these vineyards and this qualification system.