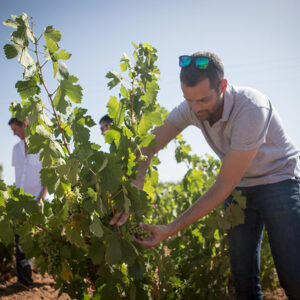 “Farid, what’s this stick across my seat for?” “Oh that… it’s for the snakes. Unfortunately here in Morocco, they’re all poisonous but since we’re already at 42C this morning, I don’t think there’ll be any... more »

Favorite Wines: Pinot Noir & Reisling Josipa has managed to see a great deal of the wine world during her time managing tanks, harvests, and macerations. Despite originally being from Mostar, in Bosnia & Herzegovina... more »

For better or worse, wine production has become a globalized industry. This can often fail what you pour in to your glass by making a French Bordeaux taste the same as a Californian Cabernet Sauvignon... more »
Privacy & Cookies: You know the drill and that to view the site you need to accept the cookie policy. Cookie Policy
X