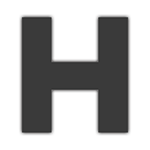 Much like any region, if you go to enough wine related events, you end up bumping in to the same people. This is typically a good thing as you’re all there for wine and wine... more »

Last year, I went to the first Zagreb Wine Gourmet Weekend which was something of a continuation of the event from previous years, but under a slightly different name and organizer. You can read all... more »

Most people don’t know about Blatina, Herzegovina’s workhorse red grape. It and its white partner in wine, Žilavka are by far and away the most heavily grown grapes in this small wine region of Southern... more »

The history of Stankela goes back officially for 50 years and is based in a 400 year-old home in Međugorje literally right next door to the winery, AG. They produce about 30,000 liters from two... more »

The wines of Brkić

It’s often the case these days that many wineries in smaller European regions work to produce “international style” wines in that they’re usually heavily oaked, high alcohol, and lacking much in the way of character.... more »

For those who haven’t been, Čitluk in Bosnia & Herzegovina is a small town, down in the south of the country rather near to Croatia. While something of a crossroads town with large, leafy trees... more »

On drinking, ćevapi, etc. in Portland

It’s often the case that wherever we go, we’re always on the lookout for ćevapi. These tasty little Balkan sausages can be rather elusive and despite the large diaspora, nearly impossible to find in the... more »

For those who enjoy digging a bit deeper on wines, the following terms will be rather familiar to you: AOC, AVA, DO, and DOC. These are of course controlled wine regions in France, the US,... more »

A bit about Vinarija Čitluk

It was one of the five original cooperatives from the Communist era but once that became a relic of the past, Vinarija Čitluk was privatized in to the entity that it is today, set in... more »
X