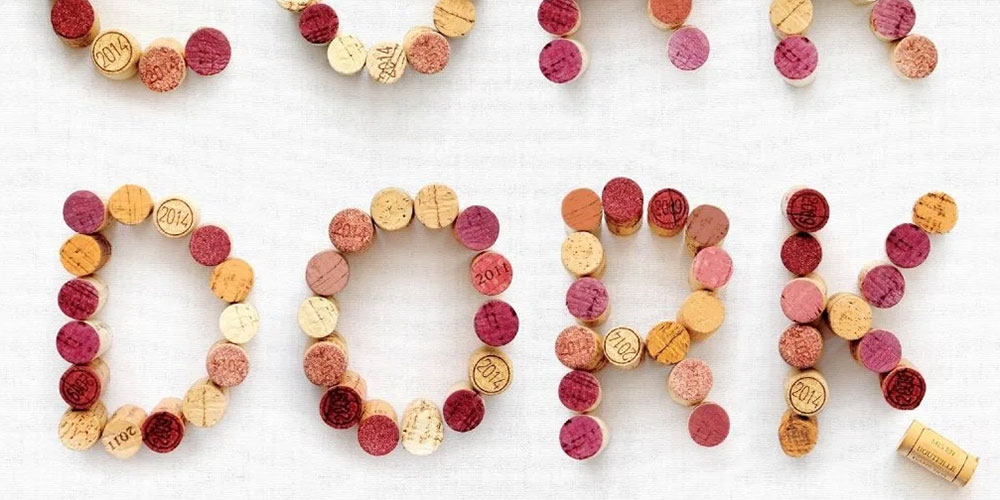 For some time I’ve been reading articles written by Bianca Bosker about certain aspects of the wine world. While positing topics that have no end of potential (such as “Is there a better way to talk about wine?“) the articles always left me wanting more than what they’d scratched at.

This is why I was quite interested to read Ms. Bosker’s new book, “Cork Dork” to see if the freedom of a longer format would allow her to develop more of a personal voice and offer something greater than previous articles had allowed. Coming out next month, the book digs in to the world of the sommelier (which is what “cork dork” references.) This, is not a topic I’d take on willingly as while it’s now viewed as sexy for people outside the trade, it’s only in terms of their being impressed but not wanting to know what it takes. Something of a not knowing how the sausage is made kind of thing.

Ms. Bosker repeatedly mentions that she started out a complete novice in wine. I’m not sure why this is so necessary, but I suppose it’s to ingrain upon the reader that what is learned in sommelier training can potentially be accomplished by anyone. As the text continues on her journey there are some engaging sections scattered about, but those are usually where the subject at hand is an interesting one such as, Morgan Harris. The pace picks up when Ms. Bosker is in his company because while hyperactive, he’s actually interesting.

The main problem is that despite trying otherwise, it ends up being a book for other “cork dorks”, that is the people keenly interested in the topic and thus it gets quite geeky. In such cases Ms. Bosker tries to pare it down and make it entertaining for the greater public, ie “dumbing it down”. In wine this is tricky and is why we have sommeliers in the first place as you either end up making it more confusing or then make it wrong. It’s not the least bit ironic that Madeline Puckette of Wine Folly gave a hearty endorsement of this book given that she too tries to make wine accessible, but in doing so, creates horribly error-filled, skin deep text.

After reading Cork Dork I was quite surprised to learn that Ms. Bosker has written other books, as the overall structure to this one is sloppy, irregular, and could have benefited from a much firmer hand in editing. It drifts from various accounts that range from working as a “cellar rat”, to then tasting with people far beyond her level, to then delving in to the science of smell and taste. This can most definitely work if it binds to a theme that is in and of itself fascinating, but as I’ve always said, studying to be a sommelier is something that you do for yourself; trying to prove its allure to anyone else is simply irrelevant.

While reading Cork Dork I was reminded of a book I quite enjoyed with with a similar approach as this one, which is called, “The Immortal Life of Henrietta Lacks” by Rebecca Skloot and is truly fascinating. Not only is the topic exceedingly interesting as it deals with science, race, and ethics in the US, but also Ms. Skloot did a wonderful job tying everything together and making some seriously thick science understandable. Reading Cork Dork against that one, I could clearly see there’s a lot to appreciate in the craft of doing this.

In glancing over her website, I’ve seen that perhaps I sit alone in my opinion as others, exceedingly better-known than myself have slathered grandiose reviews on the book. But in reading such reviews I had to wonder if the authors actually read the book, as what many of them wrote could be applied to most any book. And I need to add that all the reviews on her website are by other authors, which in my opinion is always suspect given that most are often called upon to review one another and few ever want to rock the boat. Instead, I refer to this review on Amazon that gave it 3/5 stars:

…This would have been perfect as a long-from essay. Plus, she effortlessly leverages wine connections that the average reader can’t identify with. Her access makes the story feel deliberate, privileged and inaccessible. We go inside her wine world, but we’re not connected to it. Which made for some dry reading.

Bosker is a terrific writer and an earnest student of wine. This might be a fun read for hard-core oenophiles, but it’s a hard pull for the average wine enthusiast or general interest reader.

I know from experience how much time and energy go into writing a book, so I do admire the effort and commend her for not only writing the book but also having it published by such an important publishing house like Penguin. But I definitely agree with the review above that a heavily trimmed-down and properly edited version of the book could serve as a tight, long-form essay.

And this comes back to my original statement that, as a more advanced oenophile than the average reader, I found the book lacking as well and so it doesn’t really work for anyone. It’s going to be especially off-putting to anyone in the wine industry as it portrays us all as a bunch of drunks given how often Ms. Bosker makes reference to being drunk in the middle of the day. This is simply not the case as anyone who is, is either a rank amateur or they have a serious alcohol problem. Both exist and people who are serious don’t take them as such.

There is also the feeling that based upon how many times Ms. Bosker mentions needling people until they relent to let her into places such as advanced tastings or working a stage at a high-end restaurant in NYC, she must not have told anyone that this was going to be in a book. I seriously can’t see Marae, a two Michelin Star Manhattan restaurant saying to some aspiring, amateur sommelier, “Oh, you’re going to write about our wine billing methods and customer profiling which is essentially illegal under discrimination laws? Please do come in.” If it’s the case she wasn’t transparent about this at some point, while some people might find it to be a “brilliant exposé”, I find it to be dishonest and essentially unethical, like sneaking into someone’s home to plant a wiretap as it’s not like she was a sommelier who then decided to write a book about the experiences. Her intent was seemingly malicious from the start.

I bring this up as Ms. Puckette calls it, “The Kitchen Confidential of wine” which really is a stretch as that book was written by Anthony Bourdain who had worked in kitchens as a professional chef for years and then wrote a book about it. Ms. Bosker’s dip in to the world of the sommelier has granted her a large amount of production facts and wine profiles, but has come up short on all other fronts.

To turn tea in to wine

What is Guildsomm, the “Guild of Sommeliers”?