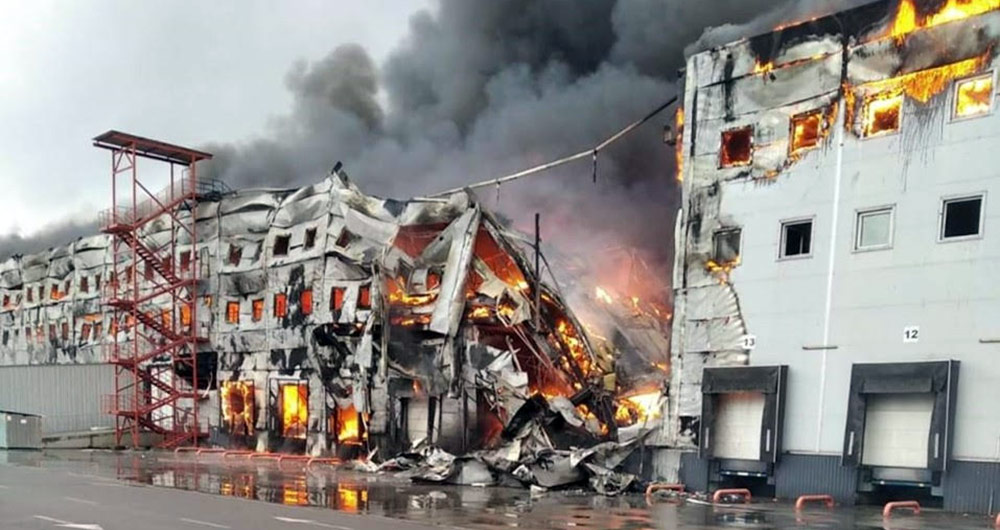 As the Russian war of aggression in Ukraine continues, it’s important to remember that a lot is at stake in geopolitical terms but also in economic terms–both big and small. While before February 24th some (ignorant, lazy) people may have thought of Ukraine as being just “some place in Eastern Europe” or “basically not that different from Russia anyways”, I can only hope that the incredibly brave response from the Ukrainians and especially the latest developments have dispelled these misconceptions. Due to this war many people around the world are getting aquainted for the first time with Ukrainian culture and things like its food. And many are finding out for the first time that Ukraine produces as well as drinks quite a bit of wine.

GoodWine is a key name in the Ukrainian wine scene, a remarkable wine importer and distributor that has been at the forefront of the burgeoning wine drinking culture of recent years in the country. While they’ve been providing brief daily email updates about the situation on the ground, last week I was able to follow up with a bit longer email chat with their communications person, Yuliia Demianenko. We had to do exchange questions via email as in Yuliia’s town there were constant air-raid sirens that didn’t make a phone call possible.

I can only hope that the scope of wines, cutting edge, gastronomic offer, and general culture in Ukraine further show just how much is being lost in this senseless attack of an entire nation and its people by Russia in what many are finally calling genocide.

Here’s the interview with Yuliia to give you a glimpse about their work and the situation with the wine industry in Ukraine, slightly condensed, and edited for clarity.

Even though I visited the excellent GoodWine flagship shop in Kyiv back in 2018, could you describe GoodWine & Wine Bureau for those who haven’t been to Ukraine?
Until recently Wine Bureau was the biggest Ukrainian wine distribution company. We were honored to import wines from: France, Italy, Spain, Portugal, Germany, Austria, Switzerland, Greece, Hungary, Slovenia, Czech Republic, Moldova, Australia, New Zealand, Argentina, Chile, South Africa, Lebanon, and Israel. Altogether about 4,500 references. The GoodWine on Mechnikova street is our flagship store in the center of Kyiv but we have two smaller stores in Kyiv as well (including one at the top of the iconic Tsum deparment store on Khreschatyk street.)

In addition we have two new wine stores in Kyiv and Lviv called Bad Boy as well as a new direction for us going into the “natural” wine market with a new distribution company and wine store named, Sabotage Wines with over 1,000 references. We worked in the business-to-consumer segment as well ensuring supply to other Ukrainian stores, HORECA, and markets all over Ukraine. We were supposed to have a wine fair on February 26th but obviously we had to cancel it.

How have things changed since the fateful day of February 24th for you as a wine company?
Since the beginning of the Russian invasion of Ukraine, the sale of alcohol has been forbidden in our country [Editor’s Note: it is allowed again as of April 1st]. On the 4th of March Russians destroyed the main warehouse of our company that was near Kyiv. The total sum of that loss is 15 million euros. The warehouse kept wines from the best wineries in the world. Rare, exclusive wines burned because of Russian fascists.

Due to the ban on alcohol sales, and due to the active warfare going on everywhere in the country, could you explain what activities have you been involved with?
Now most of our efforts are focused on volunteering. We cooperate with humanitarian aid from our European partners and coordinate its distribution among those who need it. Also we have announced a fundraiser among our clients and spend all the collected funds to help the army and the population of Kyiv. In addition we continue to work in Kyiv as a regular grocery store, coffee house, and bakery and every day still serving about 7% of our normal visitor volume. For many of our regular customers, the fact that GoodWine still works at this dark time is a sign of some stability.

When I visited Ukraine, I observed a growing number of cool wine bars in Kyiv… Could you describe how was the wine market in Ukraine before the war started?
Right before the war, the wine market in Ukraine was still growing. Last year we saw an obvious increase in interest of local customers towards “natural” wines. It was clear to us that this is a completely new type of consumer, so the market for wine was clearly continuing to expand and evolve.

A friend from Ukraine once visited us in Spain and initially said he didn’t like wine and that he only drank vodka or hard liquor, but when he left, he liked it a lot more and was drinking it regularly at home afterwards. I’ve often found this happening in many countries as people have perhaps encountered not very good wine in their home countries… Would you say that this is a common occurrence in Ukraine and that the market for quality wine has been changing?
Traditionally and climatically, Ukraine has never been a wine-consuming country except for some wine-growing regions like Crimea or Transcarpathia where people in villages often had their own home vineyard and made wine for personal consumption. Most commonly the average consumer in Ukraine drinks beer and spirits more than wine. From my experience in wine retail, usually people switch to wine when they start traveling abroad or after they try very attractive fruit-forward wines like New Zealand Sauvignons or Spanish Garnachas.

Any common myths about Ukrainian wine that you would like to dispel?
Most people abroad don’t know that in Ukraine we make some very decent traditional method sparkling wines and we will be happy to raise a glass with our friends from all over the world after our common victory, in which we so believe.

While those of us not in Ukraine cannot possibly understand how life is currently over there, everyone I talk to in Ukraine is feeling extreme anger at Russia that changes to sadness and then back to anger. As foreigners, we’re frustrated as we want to do everything we can as individuals to help and many of us (myself very much included) feel like we’re not doing enough. What do you think people in the wine trade could do to help Ukraine in general? And what can people do to help GoodWine as well as Ukrainian wineries in particular?
People from all over the world have already done so much for Ukraine. This help and support cannot be overestimated and we are thankful to keep receiving it. From February 24th on our partners collected and transferred 17 trucks of humanitarian aid which includes, in particular, medical supplies, food, and hygiene items. If interested, you can donate here: https://charity.goodwine.ua/en

Now we ask you to continue the daily coverage of the war in Ukraine and its consequences, continue talking about it in the press and in social media, and among the people of the European Union so that everyone what is really going on and can ask their governments to continue economic and sanctions pressure as well as lobby for other stringent measures on Russia to force Putin to end the war.

I give many thanks to Yuliia in taking the time to answer these questions despite the extremely difficult situation in Ukraine at the moment and wish GoodWine well in recovering some day, hopefully soon, and continuing pushing wine culture forward in the Ukraine.