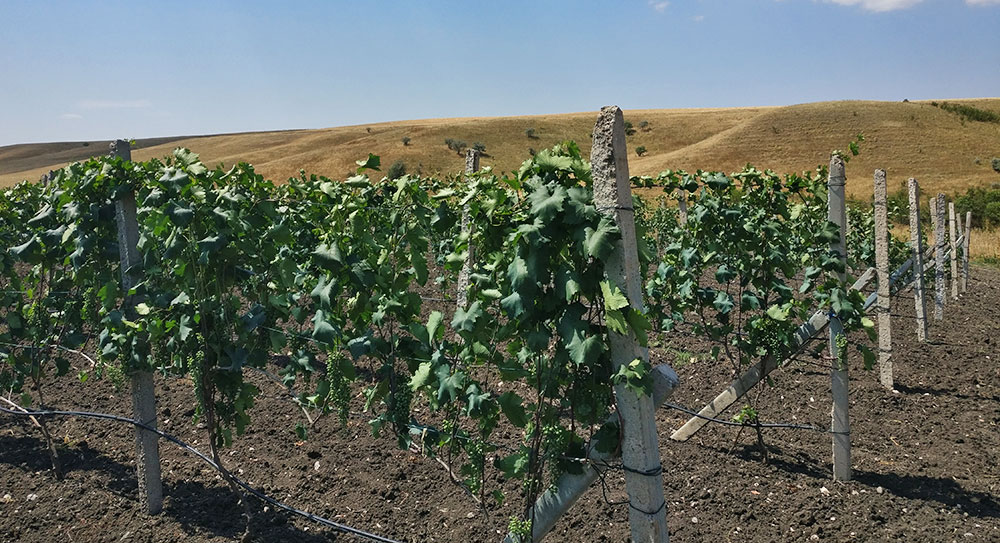 “Would you like to go see our vineyard?” After many visits to Georgian wineries, it was the first time I’d had this question posed by a winemaker in this, “The Cradle of Wine”.

Many recent fans of Georgian wine may not realize that all those “natural” wines made there (for 8,000 years!) are usually produced with non-organic grapes that are purchased from others and are often farmed in many a manner that wouldn’t meet even the loosest of definitions in natural wine (ie non-organically). This overweight focus on traditional winemaking methods via kvevri has taken the eyes away from what is actually happening in the vineyards unfortunately. And that’s why my visit to Kizikuri Tradiciuli’s vineyards was a welcome change and also quite interesting as whether they’re aware of it or not, they’re at the forefront of the fight to define Georgian winemaking terroir.

You mean there’s another Kakheti?

When I’d arrived to the capital, Tbilisi, it was a soul-crushing 38C. Three days later, it was a mere 35C and I was in the backseat of a 4×4 with my friend and book co-author, Daria Kholodilina. We were heading east towards the wine region of Kakheti which usually means taking one of two routes into the Alazani Valley where 80% of all Georgian wine production takes place.

The upper route to Kakheti sees one trundled over the vomit-inducing, yet insane Georgian-driver loving, Gombori Pass that, once you’ve parted ways with breakfast, plops you in the regional capital of Telavi. Then there’s the lower, more gentle route that eventually sees people arrive to the tourist hotspot of Sighnaghi where most of the well-known and internationally-friendly wineries were. Neither of these options were on the agenda for the day however.

It took some convincing of our insane Georgian driver that day to get this point across given that everyone going to “wine country” in Georgia is heading to one these spots or the other. Instead, once he got his misbehaving GPS to work, we eventually arrived to our far less glamorous destination: a gas station. This wasn’t just any gas station however, as it’s just outside the town of Dedoplistskaro and is the last real stop in Georgia before one admits to themselves that their final destination is Azerbaijan.

With welcoming smiles, Mari Gvedashvili and Vano Lolashvili awaited us. They were the owners of this new project who had come back to their home region specifically to start the winery. After brief greetings, we all hopped back in the cars and turned down a straight, dirt road.

Wheat fields passed by and eventually, the monastery of St. Ellia which sits perched on a rocky outcropping that seemed as if it had been dropped there by a higher being bored with the flat scenery. The road then became even smaller and rougher dropping into a broad gorge which had appeared suddenly out of the vast flatness.

A farm loomed off in the distance as well as the tell-tale, uniform rows of a vineyard. This far-flung corner is still technically Kakheti, but once stepping out of the car, it was clear this was a much different Kakheti.

A light breeze tousled our hair and the air was remarkably clean. Gone was the flagrant car pollution of Tbilisi as well as the humid spritz that lays just over the hills in the main Alazani Valley of Kakheti. This seemingly random gorge called, Kushiskhevi after the seasonal stream that runs through it, was a revelation.

So much of the Alazani Valley is simply too fertile for grape growing and yet, because you can produce such a plenitude of (often flavorless) kilos from it, that’s where the Soviet planners deigned grapes should be planted and that’s what comprises most of the vineyard hectares of the country to this day. 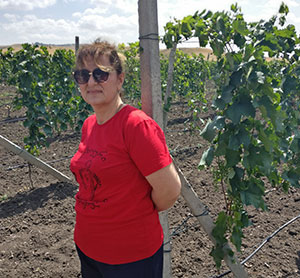 Mari and Vano planted here because it’s a farm that they already owned. While they’re working with viticulture consultants who told them it would be suitable for grapes, I wondered if anyone realized just how suitable it was. The low humidity is a laudable attribute as well as the clean breezes, but apparently there’s a large diurnal shift in temperatures. The 700 meters of altitude is also notable, but what’s really special is the well-drained soil. This isn’t some sedimentary leavings of an old river, it’s a loose, decomposed calcium-rich soil. Under it is an extremely rocky base, which you can easily see in that jabby bit on the way down to the vineyard where the nearby monastery was built.

It is in essence, a perfect place for modern, lower-yielding viticulture. As I walked amongst the vines, I noticed a wheat combine churning through a neighbor’s field and was reminded of another, similar region which is Eastern Washington where my grandmother’s family is from. There too, it was heavily-farmed with wheat fields until people started planting vines and are now producing some of what I consider to be some of the best wines coming out the United States these days.

A quick survey of the vineyard also brought concern as the vines looked quite spaced out. They confirmed that they’d planted in a very old-school configuration of three meters between rows and two meters between vines. This was done for ease of passing large tractors between the rows but also to increase yields. I have to say I was a little mortified as I’ve seen this Soviet-style planting elsewhere and sure, it won’t have any problem growing grapes, but they’ll lack concentration.

This 2ha plot of Rkatsiteli grapes that was planted four years ago in 2015, is pending organic certification and they’re apparently getting 3,200kg/ha out of it currently. That’s mighty fine and is in line with what top winemaking regions in the world see. They want it to stay below 7,000kg/ha but I’m really worried that as the vines mature, so will the yields and the vineyard will start to overproduce as left unchecked, Rkatsiteli can easily double their maximum production target.

On a positive note, they seemed very interested in talking about this. While Vano is originally a lawyer and Mari a philologist, it’s Mari that really seems to be driving the winery project and she’s very aware that they’re starting from zero, in a region that’s, as far as I can tell, brand new to viticulture projects. Given this, Mari has apparently been researching and absorbing any text about wine she can get her hands on to further her knowledge.

A new marani and beyond 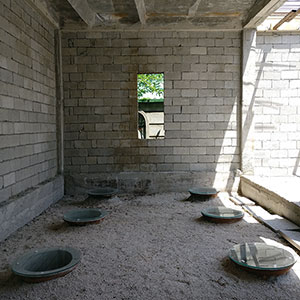 We finished up the visit with a traditional lunch at their quite impressive home in Dedoplistskaro which meant lighting a fire inside for the ambiance, despite it being the middle of summer–a tradition I’ve just learned to accept when people are hosting you in Georgia.

Next to the house they’re building a new marani (cellar) with 11 kvevri already set into the ground. Like many, they have plans to host people for lunches, tastings and the like in the near future. And while they source their Kakhuri Mtsvane grapes from the village of Tibaani, they have plans to plant it and other grapes on another 10ha area to increase their production to something like 60,000 bottles which would make them one of the more serious independent cellars in Kakheti given that just producing 500 bottles a year qualifies as a “winery” in Georgia.

More is better when it comes to people planting vineyards in nontraditional places and producing more wines from kvevri in a clean, modern fashion. This current new wave of small kvevri cellars has only been around for about 15 years, so it’s still exceedingly young, but I hope with the addition of open-minded, dynamic people such as Mari and Vano, it will grow, prosper and produce finer wines every year.