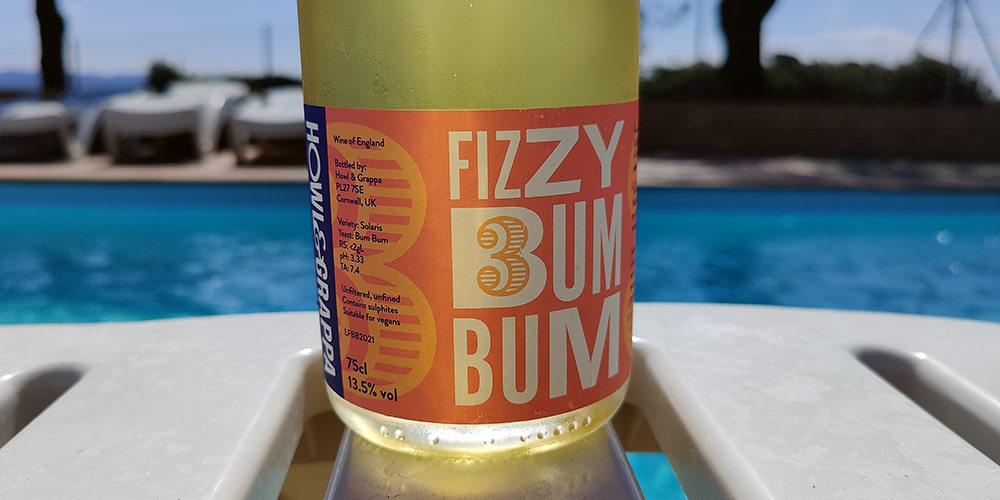 It started as a simple proposition.

Mike Boyne of Bin Two in Padstow, England contacted me a few weeks back and asked if I’d be interested in tasting the third edition, of his now-legendary pét-nat series called, Fizzy Bum Bum. The answer was of course, yes, but with a good splash of (*).

Because (*) is an allusion to past issues I’ve had with some far-flung countries sending me samples where they would arrive and then immediately be returned without allowing me to clear customs, which I am set up for… But we agreed that putting a low value of less than £20 shouldn’t see it cause any problems. I mean, while the UK was no longer part of the EU, it was still part of Europe, no?

As it turns out, the answer was indeed a very strong, (*) rearing its ugly, red-tape-ensconced head.

Mike and I interact often on social media as he’s one of the few wine Twitter folk I always find genuine, funny, and most importantly, knowledgeable. He’s very active on the medium, somehow fitting it in, in between running his award-winning wine bar and shop in (what I assume is the best part) of Cornwall. So, for some time after our messages, I’d wondered if he’d sent the wine since it hadn’t shown up, but I was too shy to ask as I don’t like to prod people. Then one day I received that thing that makes my stomach drop into my socks: a certified letter from the Spanish government.

It turns out that they did indeed decide to hold it in customs until a very idiotic 5€ in taxes was paid for what was a value-less professional sample. But then, they demanded an additional, ungodly sum of many degrees more than the tax payment which I won’t mention as it was solely for filing Spanish paperwork and makes my blood boil to remember. This was begrudgingly dealt with and the wine finally arrived after a lengthy tour of the Spanish Customs warehouse.

But now, I feared this wine.

It sat there, staring at me with its sharp design and heavy onus of transport which left me to wonder, was this going to be a pét-nat I would love or was it going to be as so many others I had tried, like a mixture of: wet sock, gravel, and bruised orchard fruits, slightly tied together by the idea of loose bubbles?

This was far too grave a judgment to pass in that moment and under pressure I “deftly” dodged the topic by taking the train down to Córdoba and Montilla-Moriles for a week.

Upon returning, the bottle, my dogs, and wife were all spirited up to the family’s weekend house in the Catalan countryside. There, we could properly have a taste of this wine and present it to a trial by in-laws, who are big fans of bubbles as well as being harsh critics.

Once I finished grilling the meat (and after a much needed dip in the pool due to the ungodly early heat this June) we sat down to eat. I presented the wine, stating that it was a 100% English wine. This immediately drew attention from the Catalan family (we have Corpinnat and Cava but an hour away) which was further embellished by having to translate the phonetically said, “fee-zee boom boom”, as cul gaseós or to shift it back into English, “gassy ass”, a name much-appreciated by the scatological-prone humor of the Catalans.

The first sign that things were very much on the right track was that upon opening the crown cap, I was not pasted by fucking wine. This is a one of the most frustrating aspects about pét-nat wines in that because there’s just one, rando fermentation as opposed to the two of traditional sparkling wine like Champagne, there can definitely be massive “boom boom” moments due to the remaining sediment. As Mike explained, they avoided this by disgorging. As John of St. Jean explained, you can also avoid it by doing a very light filtering of the base wine prior to capping.

But there, under this cap was a lightly-fizzy wine that once poured, was clearly not heaving in dirty sediment you’d be picking out of the corners of your mouth hours after drinking it. It was clean. It was fresh orchard and tropical fruit and by George, it was mighty good; perfect for that beautiful sunny day by the pool. I was impressed by what Mike had pulled off here and could see why he’s gone to the effort of sending this curious little creation around.

I don’t know what Fizzy Bum Bum I, nor Fizzy Bum Bum II were like, but each wine, while also small production, is a completely different beast in terms of format as well as varieties used. As Mike stated in the description, he was lucky to suss up what grapes he could in 2021 to make the wine. Unlike the bumper crop we saw in Northeastern Spain, France and northward saw huge crop declines for various reasons.

In the end there were 600kg of Solaris that made a resulting 360 bottles of wine. All of this is under his, “Howl & Grappa” brand. I say “brand” as production happened at Trevibban Mill Vineyard with winemaking technical oversight by consultant winemaker Salvatore Leone.

So what’s this Solaris grape, you might wonder? It’s a hybrid variety (vitis vinifera x vitis something else) that’s seeing more and more planting in places like England as it stands up to the wet, cold environment well. This is how it’s described in the book Wine Grapes: “Modern, disease-resistant and early-ripening German hybrid that produces tooth-rottingly high sugar levels.” 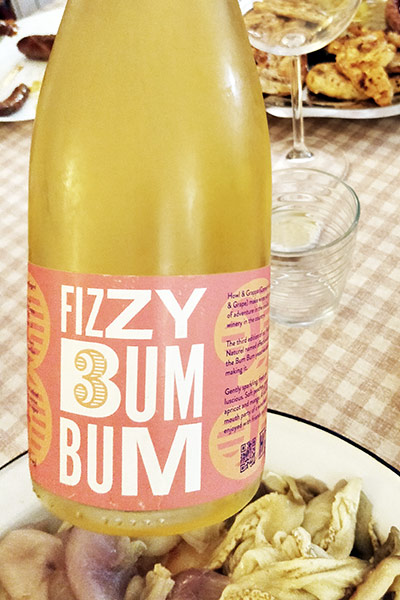 To show how fast things change, Wine Grapes (which came out 10 years ago this October) makes no mention of the variety being in England at all and goes on to softly slag it. Obviously this criticism has been ignored as English producers are using it with great success in both for sparkling as well as still wines.

What Mike has made here shows really well and the acidity is keen without being a smartass. Despite the liveliness (acidity rarely seems a problem in English wine) it still has plenty of punch, clocking in at 13.5% ABV. I love the freshness and the ability to pair it with food (we had a pork-centric barbeque with grilled vegetables) while still holding enjoyable structure so there’s really a great “there-ness” to the wine. I wasn’t the only person who thought well of it as every glass at the table was very quickly emptied.

So in the end, was all the Spanish bureaucracy worth it? No, as Spanish bureaucracy is insane and one should never be subject to the hoop-jumping they put one through just to get a single damned bottle of wine that’s a gift. But, once arrived, the wine proudly proved it deserved that Silver Medal that it received. So this now makes for two pét-nats that I’ve actually enjoyed.

Amidst all the problems and suffering in the world, has the Pétaissance quietly descended upon us? I’d damned-well like to think so as good news is something I’m more than happy to receive these days.

7 responses to “How the bum was won”