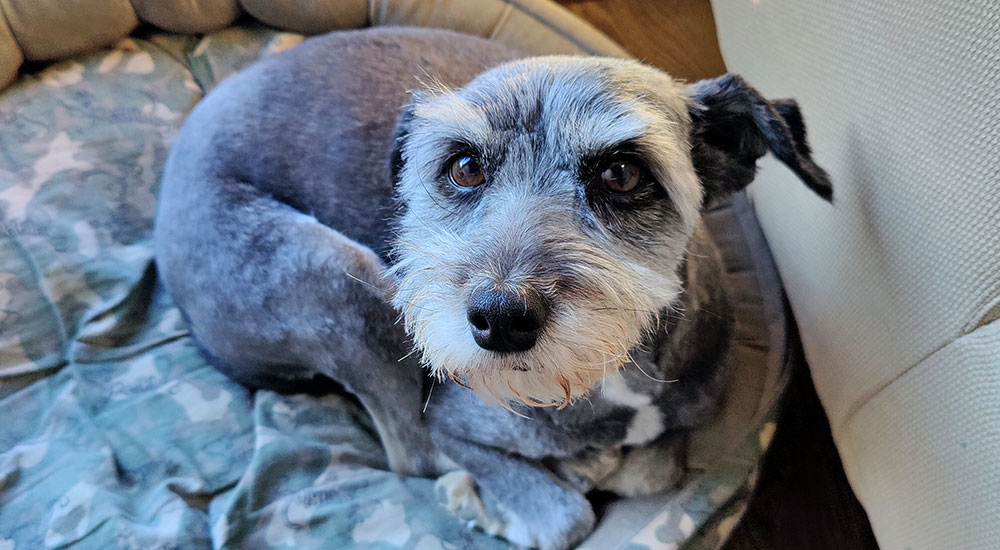 This week I’d wanted to share a report on some excellent wines in California.

I’d wanted to write up stories about funny and/or ridiculous things happening in the wine world.

I’d wanted to do a lot of things but as of February 24, 2022, what I wanted is really insignificant as tens of millions of Ukrainians surely wanted to not wake up to an unprovoked military attack by Vladimir Putin.

Beyond the extensive and surreal news coverage, it’s been at the front of my mind for personal reasons as well. That fellow in the photo at the top is Mikey, one of my dogs who started out life at was called the “contact line” in the Donbas region where Ukrainian and Russian-backed forces had reached a standstill–a line that really has no meaning now. My wife found him there when she was working for an international organization in the area and he ended up with us.

He’s adorable but intense and every time I look at him, he reminds me of the two times I’ve been in Ukraine, including one where I took the train and saw most of the country from Kyiv to Mariupol.

Things weren’t perfect before Russia invaded, but Ukraine was a burgeoning democracy and getting ever more west-leaning. There was a coolness to it that from what people have told me, was what Prague was like back in the early 1990s. Great restaurants, a lively nightlife full of cocktail bars, wine bars, and that mix of centuries-old buildings and Communist architecture I find irresistible. The fact that Ryanair had started flights to Kyiv really said that it’d “made” it as a destination.

Thinking back on these trips, I’m saddened, but also incensed at what Russia has done in order to try and unwind all the progress in the country and bring it back to within their shitty, broken sphere of influence as is the case with Belarus.

There is no reason to believe that if Putin manages to achieve his aims of overthrowing the Ukrainian government within the next few months that he won’t roll on to “free” the people of Transnistria by invading Moldova, the South Ossetians by invading Georgia (again), and who knows who else. There are still plenty of Russians in Latvia, Lithuania, and Estonia. What about Finland? That’s not even part of NATO and he’s now been threatening it as well as Sweden. Maybe Kaliningrad needs to be “guarded” by a “future assault” by Germany?

While some measures have been approved, it’s clear out leaders have absolutely left Ukraine to the wolves. But leaders don’t have the final say in the conflict as it’s really about one thing: our source of energy. From the top to the bottom, energy and where we get it is now more than ever something we have to seriously consider. 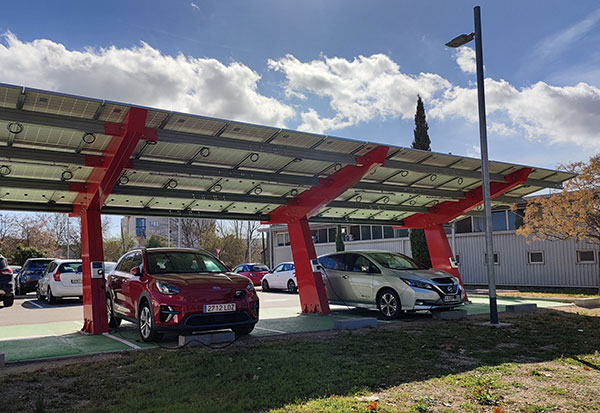 The wine producers of the world seem to have woken up to the fact that if you’re going to create a product that is, admittedly, not crucial to life, then you’d best produce it in a sustainable fashion. With the outbreak of the invasion, one winemaker in California shared a shot of their solar installations and said, that mitigating combustible fuels such as gas or oil is a pretty solid way to kick out the feet of a despot dependent on them for money. They’re not alone and other regions have been promoting the installation of solar panels on wineries so that they can get off diesel generators if not connected to the grid, as well as to take advantage of the large physical footprint of wineries. And then, there are those, like at the offices of a wine region I saw, who are creating the most direct-line method to get off fossil fuels and the insane regimes they support.

Europe is largely leading in this. Why? Because European nations are some of the most guilty in supporting Russia monetarily and are ironically then doing exceedingly little to actually help Ukraine. The EU as a while is buying about $900 million USD worth of Russian gas and oil, every day. A sum of $382 billion annually goes a long way to funding an incredibly large war machine. In addition to that, it gives Putin a great deal of leverage over Europe. Don’t want to freeze this winter, Germans? Don’t do anything to upset Russia or you’ll lose 1/3 of your natural gas supplies. In total, the EU imports 44% of its natural gas from Russia and 25% of its oil.

Putin’s invasion of Ukraine is the first Climate Change War and there will be undoubtedly more. In this case, he isn’t invading a neighbor for scarce natural resources (which is also coming) but instead because our anti-environmental dependence on the oil and gas his country produces have let him carry out a deranged attack that will potentially costs thousands of lives. And this, for absolutely no sane reason other than he felt like it. Even more worrying when he’s in charge of one of three nuclear weapon stockpiles.

Institutions and industry can often move slowly, but the individual can pivot more quickly. So, what can you do to thwart this madness from happening in the future?

Sure, go and tweet if you want. I seriously doubt Putin really cares what you say on Twitter when he’s calling the democratically-elected president of a country from a Jewish family, a Nazi. A more important thing to do is invest in completely weaning your life off the need for combustible fuels.

We’ve been steadily working on this in our home. First was the installation of sufficient solar panels to power our entire home (the excess we sell back to the grid.) Next, we’ll be installing a heating system that’s completely electric. Beyond being a far more efficient manner in which to heat a home, it will allow us to get rid of our boiler that’s powered by heating oil (aka diesel). Further down the line will be replacing our car (that’s already very fuel efficient) to one that’s fully electric as I drive a lot.

There are big costs in realizing these goals. But to me they’re a great deal more appealing than having to go to war against some crazed lunatic just for access to fuels we then burn that are ultimately destroying the planet. Europe does seem to at least be aware of this and has put forth considerable subsidies to residents who solarize. People are using them as one of my neighbors just installed a full solar array and another is getting ready to. I hope there’s serious momentum for this in sunny Spain. I mean, do you know who the #1 producer of solar energy in Europe is at the moment? Germany…

Yes, this sounds like a hippie dippy save the earth pitch but, as ridiculous as it may seem, this is about the only way to stop people like Putin as sanctioning clearly doesn’t do a fucking thing to a country of Russia’s size. Cut the income to an economy completely focused on energy production however and there’s simply no way they can fund their military attacks nor hold leverage over countries dependent upon their fuel output.

There are many layers to this and one can only hope that this horrid invasion by Russia has been the proper kick in the ass for Europeans both at an industry level as well as personal to get off fossil fuels.

And lastly, while it’s actually hope that is the opiate of the masses, my hopes are that fortune may somehow favor the Ukrainians.

One response to “In other news…”